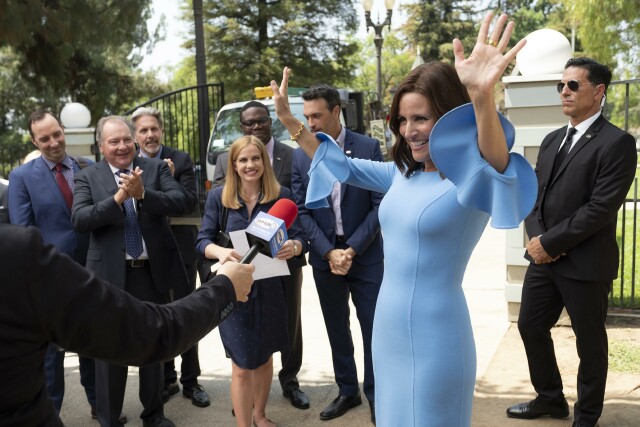 The nomination period for the 71st Primetime Emmy Awards is officially underway.  The final nominations will be announced five weeks from now, on July 16.  The awards themselves are scheduled for September 22.  Those dates are a long way off, but there is no time like the present to offer a little advice to those members of the Academy of Television Arts and Sciences who may need a refresher course when choosing to nominate performers and programs that were telecast between June 1, 2018 and May 31, 2019.  Who can blame them?  There are 165 contenders for Outstanding Drama Series alone!

The following are my suggested nominees in the Comedy Series categories, along with a few pertinent notes.  Drama Series and Limited Series and Made-for-Television Movie nominees follow.

Barry (HBO)  This isn’t one of my favorite comedies, but its second season included my favorite episode of series television this year to date: “Ronny/Lily,” in which Barry’s latest gig goes radically wrong … and then the intended victim’s scary teenage daughter shows up.  A savage good time.

Better Things (FX)  Much to my surprise, the departure of disgraced co-creator Louis C.K. made a very good show even better in its third season.

black-ish (ABC)  The only broadcast comedy that I think will receive a nomination, and the only one brave enough to consistently take on topical issues with the boldness of a Norman Lear sitcom.

The Kominsky Method (Netflix)  Doesn’t stand a chance against Mrs. Maisel or Veep, but this humorous meditation on aging among those in Hollywood who do not have to worry about health-care costs makes clear that broadcast sitcom master Chuck Lorre can do equally fine work on streaming platforms.  More please.

The Marvelous Mrs. Maisel (Amazon)  Only a fool would suggest that Amazon's  Maisel or HBO's Veep (pictured above) will not walk away with the top prize come September.  But which one will it be?  That’s impossible to call.  I’m leaning toward the former, because the latter was a little too toxic for my taste, especially at the last, while Maisel was mostly magical throughout.

Schitt’s Creek (Pop)  The most underappreciated comedy on television finally picked up steam (and significant buzz) during its fifth season – just in time for the announcement that’s its sixth season (likely to debut in 2020) will be it’s last.  Dang!

Christina Applegate – Dead to Me (Netflix)

Rita Moreno –One Day at a Time (Netflix)