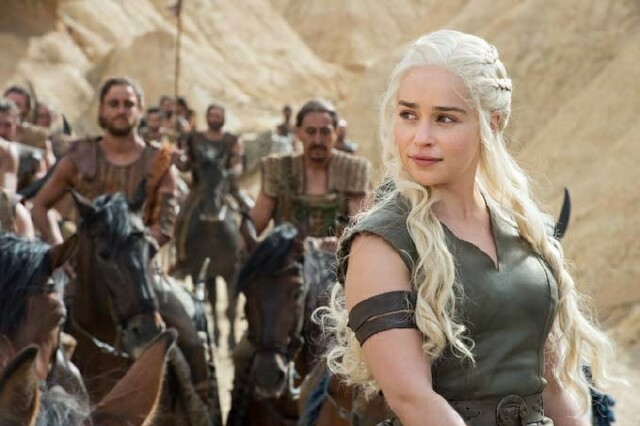 With so much great programming overwhelming even the most ardent fans of the medium, the annual Emmy Awards are both more exciting and exasperating than ever – though, given the volume of it all, it really has to be said that to be one of six or seven nominees in any category is honor enough. To be singled out as one of the best drama series in a field filled with dozens of deserving shows and hundreds of potential nominees must feel pretty damn special. On the downside, this new reality makes predicting the Emmys almost pointless. With few exceptions the nominees are all winners and picking one over the others in any category feels almost random. Consider: What’s the point of choosing either HBO’s “Game of Thrones,” FX’s “The Americans” or USA’s “Mr. Robot” as the Outstanding Drama Series? They were all the best of the best, as were their fellow nominees -- AMC’s “Better Call Saul,” PBS’ “Downton Abbey,” Showtime’s “Homeland” and Netflix’s “House of Cards.” Still, this game must be played.

(Also on MediaVillage.com: My predictions in the Comedy Series categories and the Limited Series and Movies categories.)

Outstanding Drama Series. I would love for Downton Abbey to be honored, as much for its full run as its satisfying final season. No other series has captivated audiences of all ages with such infectious charm in years. Come January, the first immediate post-New Year’s period since 2011 not to bring with it a new season of Downton, millions of people will be missing it terribly. There are many reasons for that. Sadly, I fear the only way it’s going to sneak through is if the three super-buzzy category toppers noted above split the vote.

Preference: Downton Abbey (PBS) or The Americans (FX), which is also critically overdue but will have two more chances to potentially enjoy a moment in the sun

Egregiously overlooked: The Man in the High Castle(Amazon)

Outstanding Lead Actor in a Drama Series. For the first time in what feels like forever voters do not have to consider those former AMC superstars Jon Hamm and Bryan Cranston. But that hasn’t made the choice any easier. The nominees are Kyle Chandler, Bloodline (Netflix); Rami Malek, Mr. Robot (USA); Bob Odenkirk, Better Call Saul (AMC); Matthew Rhys, The Americans (FX); Liev Schreiber, Ray Donovan (Showtime), and Kevin Spacey, House of Cards (Netflix).

Outstanding Lead Actress in a Drama Series.Viola Davis of ABC’s How to Get Away with Murder made history last year when she won this award. Her acceptance speech was so profound it probably secured her a subsequent win. If that’s the case it certainly won’t be due to the material she was given in the show’s scatter-brained second season. The other nominees are Claire Danes, Homeland (Showtime); Taraji P. Henson, Empire (Fox); Tatiana Maslany, Orphan Black (BBC America); Keri Russell, The Americans (FX), and Robin Wright, House of Cards (Netflix).

Prediction: Viola Davis, How to Get Away with Murder(ABC)

Outstanding Supporting Actor in a Drama Series.It’s still surprising to me that Jonathan Banks of AMC’s Better Call Saul didn’t win last year. I’m hoping he nails it this time around. But Kit Harington of Game of Thrones seems like the popular choice, more for the appeal of his character than his actual performance. The other nominees are Peter Dinklage, Game of Thrones (HBO); Michael Kelly, House of Cards (Netflix); Ben Mendelsohn, Bloodline (Netflix), and Jon Voight, Ray Donovan (Showtime).

Outstanding Supporting Actress in a Drama Series. Before the disappointing second season of Lifetime’s UnREAL in which her character was as overblown as the rest of it, I would have pegged Constance Zimmer as a sure bet. And she was magnificent in the first season of the show, which is what she is nominated for here. But I’m no longer so sure about her. I’d like to see a last nod to Maggie Smith of Downton Abbey, who already has two Emmys for her work on that show. The other nominees are Emilia Clarke (pictured at top), Game of Thrones (HBO); Lena Headey, Game of Thrones (HBO); Maura Tierney, The Affair (Showtime), and Maisie Williams, Game of Thrones (HBO).

Egregiously overlooked: Christine Baranski of CBS' The Good Wife, who didn’t deserve merely to be nominated but deserved to win in this category, if only for her performance of searing heartbreak and quiet rage in the series' final episode. Her omission from the nominees in this category is the most maddening mystery of this year’s awards.