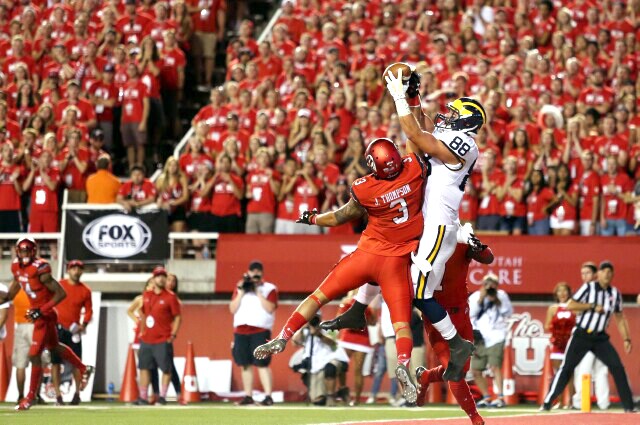 This past spring, Fox Sports Media Group completed its first-ever Upfront road show, a six-city trek that emphasized such major properties as Super Bowls in 2017 and 2020 and the FIFA Men's World Cup and Women's World Cup in 2018 and 2019, respectively.  The presentations also placed an emphasis on new sports talk and debate programming that is now part of national cable network Fox Sports 1's lineup. Neil Mulcahy, Executive Vice President of Sports Sales at Fox Sports, who heads the ad sales team across its various properties, says the presentations were successful. "It was important to introduce [President of Fox Sports National Networks] Jamie [Horowitz] and his vision for new daytime slate," he explains. That vision includes Skip Bayless's "Undisputed" joining "The Herd with Colin Cowherd" and "Speak For Yourself," featuring Cowherd and Jason Whitlock, on FS1's lineup.

Mulcahy (pictured at right) reports that Fox Sports works with entertainment networks in terms of Upfront packaging, but the sport deals are "more fluid, with a lot of business conducted through the opening kickoff weekends of the college and pro football seasons.” Noting that "much work still needs to be done," he is pleased with the progress Fox Sports has charted across its portfolio, including pro and college football, Major League Baseball, soccer, UFC, NASCAR and golf, as well as FS1, FS2 and Fox Sports Go, the authenticated digital platform that is now available to 95% of pay-TV subscribers. 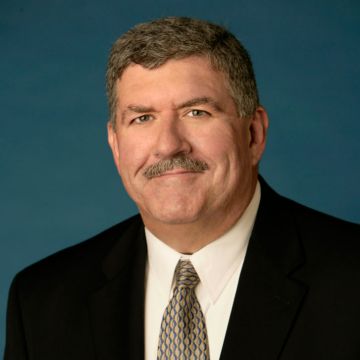 Despite an expected retrenchment from one of last season's top categories, daily fantasy sports proponents DraftKings and FanDuel, Mulcahy says the NFL market remains strong. "It's trending very well year-to-year and we did well last season," he notes. "A lot of different sponsors want to get involved with the big, live ratings the NFL offers. And others will come in during scatter."

Relative to college football, Mulcahy says Fox is benefiting from the Sept. 17 matchup with the 2014 champion Ohio State Buckeyes visiting last season's College Football Playoff semifinalist Oklahoma.  "It's a date that is in very high demand," he asserts.

Buyers are also circling the first weekend in December, before the CFP announcement, as Fox and Fox Deportes will present the Pac-12 Championship on Friday, Dec. 2 and the Big Ten Championship on Dec. 3. Mulcahy also notes that the Oklahoma-Oklahoma Stats matchup could be a de facto Big 12 Championship game that day.

Further, Mulcahy also reveals that interest has been keen in a deal for Big Ten national college football and basketball beginning with the 2017-18 academic year, which has yet to be formally announced by the conference. Fox will not only retain the college football title tilt, but gain matchup selection dibs over ESPN. That means the Michigan-Ohio State game will likely migrate to Fox.

"There is a lot of interest in the Big Ten deal, with many advertisers looking to lay in a base," says Mulcahy, who added the hoops schedule will also buttress its Big East basketball schedule.

Fox has also been enjoying what the rest of the world calls futbol. Mulcahy says Fox, which received high grades for its presentation of the FIFA Women's World Cup from Canada in 2015 won by the U.S., scored well with its presentation of the Copa America Centenario tournament during which Chile topped Argentina, which beat the U.S. in the quarterfinals. "It blew away all of our expectations," says Mulcahy, who is anticipating strong sales for the Gold Cup and Confederations Cup in 2017.

Fox, though, is prepping for summer 2018. "We just went out into the market with World Cup 2018," Mulcahy reports.  As the company engaged with FIFA official sponsors, he said interest is strong among this group and Fox is looking to "work with them" on cross-platform buys that may include programming on National Geographic Channel, which he says "really understands Russia," the site of FIFA's famed tourney in 2018.

As to what many Americans still consider to be the national pastime – baseball -- Mulcahy says Fox has been connecting with solid sales on national telecasts on the broadcast network and FS1.

Mulcahy didn't want to "jinx things" for the playoffs.  With the championship series alternating annually with TBS, the senior circuit falls in Fox's camp this year and the Chicago Cubs have MLB's best record as they look to make the World Series for the first time since 1945 and end a Fall Classic drought that dates to 1908. He also notes that the Boston Red Sox are in position to make the American League playoffs.  "I couldn't think of a better situation," he says, without ever enunciating the potential blockbuster World Series matchup.

In UFC's Octagon, Mulcahy says inventory on the four or five annual cards on Fox tends to sell very quickly, including this past weekend's card from Vancouver, headlined by Demian Maia's first-round submission win over Carlos Condit in a welterweight clash.

However, the mixed martial arts circuit's best market leverage for Fox comes with FSI, which presents regular cards and a host of shoulder programming.  Mulcahy said UFC is "a real boon" to move inventory on the national cable network.

Mulcahy says that when Fox televised Super Bowl XLIX last year from Met Life Stadium it marked the first time the Super Bowl was held in the New York area and "everybody wanted to be there." He adds, "There has been no drop-off in demand. It's the biggest event, the highest-rated show of the year. It's a holiday." While he won't disclose pricing or sell-through rates for Super Bowl LI at this juncture -- he says the company will take firm stock on Oct. 1 -- Mulcahy makes this prognostication: "We plan to do better than we did a few years back."

In the meantime, Fox Sports is also anticipating ad sales action from another high-profile encounter: Buys from the camps of the U.S. presidential hopefuls in October.