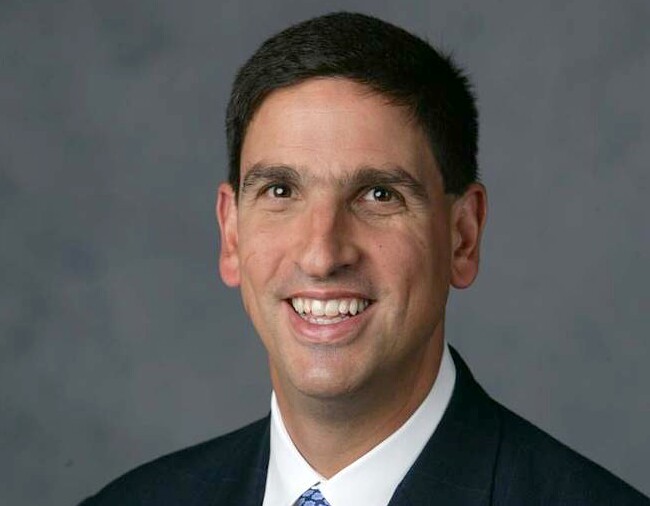 Heading into its May 14 presentation at Manhattan’s Beacon Theater, Fox is bringing several new dynamics to the Upfront market.  As part of a longer-term plan to reduce inventory, the network is introducing new pods on Sunday nights that will only house two spots per break.  "With Netflix and other streaming services, viewers are increasingly becoming accustomed to a non-ad-supported environment,” said  Bruce Lefkowitz (pictured above), Executive Vice President of Ad Sales at Fox Networks Group.  “The industry knows change is needed.  We need a stronger consumer experience that leads to a better environment for advertisers’ messages.”  He noted that studies point to higher levels of engagement and recall, among other enhanced metrics, when messaging is presented in less cluttered environment.

The new pods are being offered via a flat structure, which will yield “neutral at worst pricing” that presumably will produce revenues akin to its traditional commercial load.  “This is a new model, there are only 22 of these available over [each of] 52 weeks,” he explained.

With the decreased number of spots, the network does not plan to make its shows longer to accommodate the reduced ad load.  Rather, it will create Fox Blocks showcasing branded content from advertisers.  Clients will have the opportunity to create branded content messages that could feature their won intellectual property or tap Fox’s IP.  They could also opt for materials produced by Fox’s in-house agency.  “Advertisers could look to movie trailers, branded content with our IP, and other longer-form messaging,” Lefkowitz said.

The network is also changing the game when it comes to the NFL, via a new five-year, $3.3 billion deal for the Thursday Night Football package, which kicks off Sept. 27 with a battle of 2017 playoff squads, the Los Angeles Rams and the Minnesota Vikings.

Fox is stepping into the package CBS and NBC split the last two seasons.  (The games will continue to air on NFL Network and stream on Amazon.)

“We’re going to have the continuity of 11 consecutive weeks and we now actually have the schedule, a strong one, instead of just talking about it,” Lefkowitz said.  He believes TNF will open up retail and movie dollars, while also putting Fox in good position ahead of the holiday season.

He dismissed any notion that the NFL, which has suffered ratings declines the past two seasons, has lost any luster in the media world.  “Thursday Night Football is one of the top shows, delivering three-and-half times the audience of the average primetime series,” he noted.

In the huddle with its Sunday afternoon NFL package, which is highlighted by America’s Game of the Week, the top show in broadcast nine years running, Lefkowitz said Fox now controls 40% of NFL GRPs.

The company also figures to be in good stead with college football.  While the others networks saw audiences intercepted to various extents during the 2017 regular season, Fox and FS1, benefiting from Big Ten action under a new rights deal that limited ESPN and ABC’s access to a number of conference telecasts, scored gains of 23% to average audiences of 3.63 million and 819,000, respectively.  Together, the broadcast and cable network averaged 1.87 million viewers with their game coverage, Fox Sports best-ever performance with collegiate pigskin.

Coupling its football holdings with Major League Baseball’s postseason, capped by the World Series, Fox Sports’ power in the autumn “is an institution at this point,” according to Lefkowitz. He turned alliterative in providing extensions to the “Fox Owns the Fall” tagline the company has sported, offering up “Fox First” and “Fox Owns Football.”

Futbol is also on Lefkowitz’s mind.  He said the 2018 FIFA World Cup from Russia is well sold inventory wise and from sponsorship perspectives, with Verizon dialing up a pact as the official halftime sponsor and Volkswagen driving a deal to support post-game coverage throughout the tournament.

Like American soccer fans and Fox executives, Lefkowitz would have preferred if the U.S. had qualified for the quadrennial event.  “Certainly, losing the U.S. is unfortunate,” he said, before pointing out that Sam’s Army would have only been guaranteed the three matches in the group stage.  Instead, the company will serve up an unprecedented 38 matches on Fox and 26 on FS1 as part of some 350 hours of game and related coverage, largest production in the history of Fox Sports.  The company is holding some inventory in reserve for the tourney that kicks off on June 14 and extends through July 15 to “take care of those that have stepped up” and opportunities that may present themselves during the quadrennial event.

Meanwhile, the 2019 Women’s World Cup also will also be a “significant part of our portfolio next year,” Lefkowitz said.