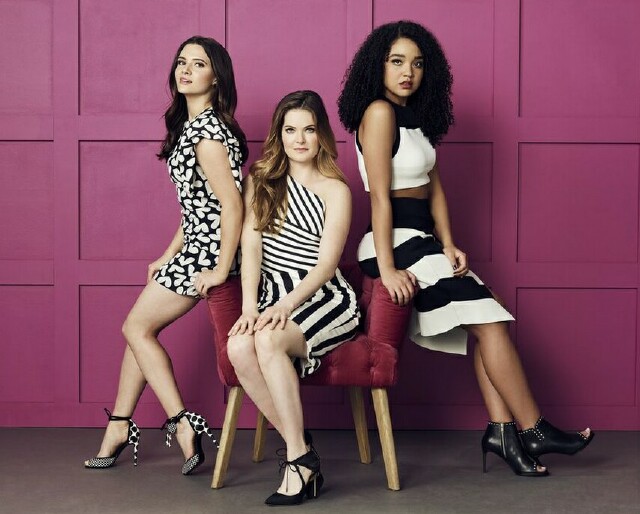 Joanna Coles, the former editor-in-chief of Cosmopolitan and now Chief Content Officer of Hearst Magazines, has a banner at the top of her Twitter page that reads, “I’m not a boss bitch.  I’m a boss, bitch.”  This, in a nutshell, is the ever-empowering ethos of Freeform’s newest drama The Bold Type.  Created by Sarah Watson, this show is trendy, forward thinking and inspired by Coles’ life at the wildly influential (and aforementioned) international fashion magazine.

At first glance, The Bold Type seems to check all the stereotypical teen drama boxes -- attractive young women, New York City, fashion mag-worthy outfits -- but when given a deeper look, one of the many elements that set this show apart from everything else on TV right now becomes blatantly clear:  The women depicted here aren’t spending their time tearing each other down.  In fact, it’s quite the opposite.

Although The Bold Type is based on Coles’ life at Cosmo,it mainly focuses on three Millennial best friends -- Jane Sloan (Katie Stevens), Kat Edison (Aisha Dee) and Sutton Brady (Meghann Fahy) -- all of whom work at Scarlet (the fictional version of Cosmopolitan) in New York City.  (Stevens, Fahy and Dee are pictured at top, left to right.)  Their editor-in-chief is the confident, caring and occasionally intimidating Jacqueline Carlyle (Melora Hardin, lately of Amazon’s Transparent,pictured below left with Fahy, Stevens and Dee).  The pilot follows Jane on her first day as a newly promoted writer, and apparently Jacqueline can and will regularly push her out of her comfort zone as a both a writer and a person. 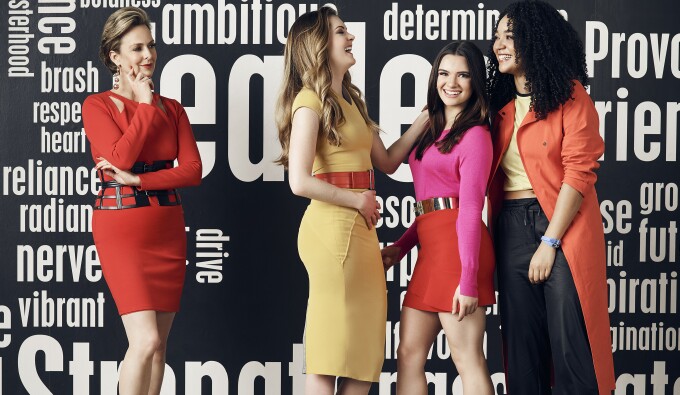 If I took one thing away from this series, it’s that it is up to its eyeshadow in surprises.  For example, I expected a Gossip Girl-y show depicting entitled rich chicks duking it out over shallow BS in opulent environments surrounded by impossibly attractive peers.  Instead I saw a show that, at its core, is about a trio of close friends that most women would probably kill to be a part of.  When Jacqueline Carlyle is initially introduced I thought she was going to be a pain in the ass for our young leads in a Devil Wears Prada kind of way.  The truth was quite the contrary: Jacqueline is firm, yet supportive; tough, yet nurturing.  She doesn’t have any ulterior motives.  She mainly exists as a mother figure of sorts, and seems to have figured out how to successfully run a competitive business without having forgotten how to be a real person.

Jacqueline runs Scarlet on a platform of “stealth feminism,” which again speaks to the ethos of the show.  “Here’s the next great mascara to give you bigger eyes to see the world”, she proclaims.  “Here’s a fabulous pair of jeans, now go climb a mountain.”  The point is that underneath the makeup and pretty clothes there’s a series that’s smarter (and funnier) than we (society) have been trained to think it would be based on its aesthetics.

Feminism, gender equality, sexual fluidity and everything in-between are important discussions that need to be had but are often mishandled.  Many pretend to champion these causes as a way of looking and feeling “woke” and in the process end up heavy-handedly delivering messages that they don’t even whole-heartedly believe in (i.e. - the fastest way to lose your audience.)  TBT approaches these topics in organic and easily understood ways that, when combined with its sneakily clever humor, make for a refreshingly entertaining experience. 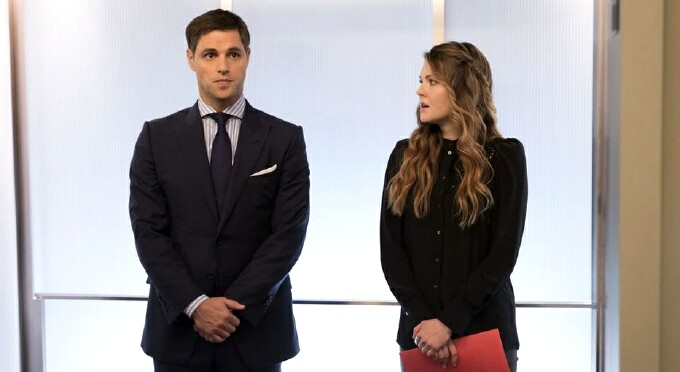 One of the show’s cleverest tactics is its absence of a discernable bad guy.  I was so certain that Sam Page’s character Richard was going to end up being a dick (no pun intended) that I would’ve put money on it.  (Page is pictured above with Fahy.)  As it turns out, he’s actually a pretty good guy.  I already mentioned how I originally thought Jacqueline was going to be the big baddie of the show, but I was wrong there, too.  Sure, it’s early in the game, with only two of the four episodes I’ve already seen having been telecast at the time I write this, but there’s still no sign of a straight up enemy for our beloved trinity of femininity.  It seems that the enemy, if there absolutely has to be one, is life itself, and its already-present circumstances (i.e. - the hurdles of self-realization, confusion regarding sexuality and identity, pre-existing prejudices based on race, gender and sexual orientation, etc.)

These are the things that truly plague these trendy twenty-somethings on a day-to-day basis, and with all the real-life negative politics and rhetoric aimed at women in general these days, there’s more than enough to fill the void left behind by this physically non-existent foe.  These women don’t have to being tearing each other down.  The world’s already doing that.

Speaking as a guy -- not a “progressive” guy, but just a stereotypical guy -- I can see how this show might not have ended up on my radar.  But as someone who’s seen it though, I can honestly say that I’m glad it crossed my path.  It’s surprisingly funny and smart, and even taught me a thing or two.  I’ll never forget that Yoni egg scene.  (Google it).  Freeform’s The Bold Typeis about young women finding their voices in the modern world, and in an effort to make that point the show itself has found a unique voice of its own.  I hear you, ladies -- loud and clear.

The Bold Type is telecast Tuesday at 9 p.m. ET.