"Friends: The Reunion" on HBO Max Will Include Visits from Several Friends of Friends 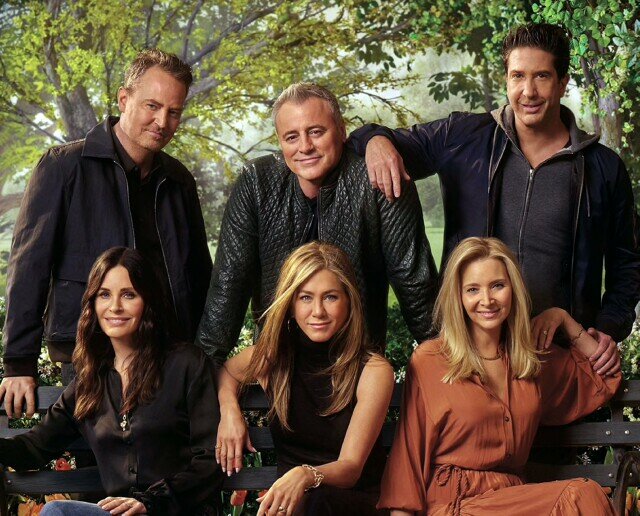 After prolonged delays (largely due to the COVID-19 pandemic) and mounting anticipation, the long-awaited Friends: The Reunion is hitting HBO Max on Thursday, prompting much of the world to say, “Could we BE more excited?” It’s been 17 years since the show wrapped, and it remains just as popular today as it was during its 10-year run as an anchor of NBC's fabled Must-See TV lineups on Thursday nights. The special marks the first time all six Friends -- Jennifer Aniston, Courteney Cox, Lisa Kudrow, Matt LeBlanc, Matthew Perry and David Schwimmer -- have sat down together to reminisce about the show that changed their lives. Although many of them have reunited to work together on various solo projects over the years, fans have been crying out for a full-on Friends re-boot. However, after series co-creator Marta Kauffman told me in 2015, “Not going to happen, never going to happen, not going to happen, never going to happen,” this is about as close we’re ever going to get to one.

At the time Kauffman had good reason to leave well enough alone. “The show was about the time in your life where your friends are your family," she told me. "As soon as they get married and have children, it's over. It changes, it couldn't never be that again, and it will only ever be unsatisfying. So, leave it alone.”

Thankfully executives past and present at HBO Max and Warner Bros. thought otherwise and coerced the creative team behind the show to be involved as producers.

From what we have seen in the official trailer released to promote the special, the gang will take viewers on a stroll down memory lane via original set recreations of Monica’s and Joey and Chandler's apartments and their favorite hang-out, Central Perk -- along with a return to the famed fountain at the Warner Bros. Ranch in which they all cavorted for the show’s opening credits. James Corden will interview them. Oh, and there will be a recreation of the famed trivia game, resulting in the epic Monica/Rachel Joey/Chandler apartment swap from the episode titled The One with the Embryos. That should be especially interesting, because on the many occasions when I have been able to chat with the stars of the series, they rarely remember the finer details of particular episodes. 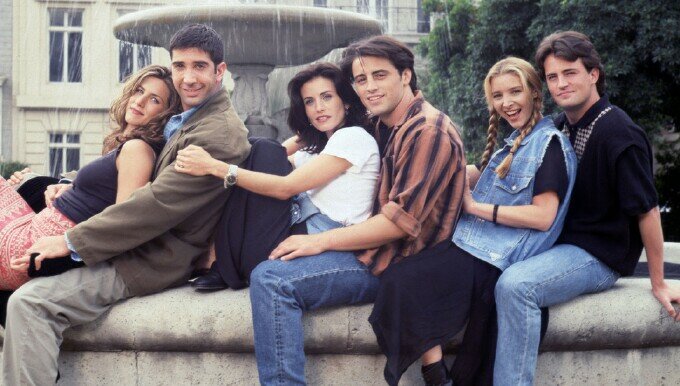 The month of May has been especially fruitful for one Friend, Lisa Kudrow, who in addition to reuniting with her Friends is celebrating the release of HouseBroken, a new animated series debuting on Fox in which she gives voice to a poodle named Honey. While relatively new to the whole animated voice-over thing, in COVID times getting to work from home was an opportunity she found too good to refuse. Kudrow describes her character as, “elegant, really smart, caring, overly analytical, controlling and trying to be fun when it's really not in there.”

The show centers on a group of pets who gather weekly for therapy sessions to discuss what’s happening in their lives, and in case you were wondering, none of the cats in the group are hygiene-challenged. “No, there's not a smelly cat,” she shared. “I don't even know where to begin with that, but I mean, I guess, yeah. The Gray One is with a bunch of smelly cats, but that's none of my business as Honey.”

Friends: The Reunion begins streaming on HBO Max, Thursday, May 27. HouseBroken premieres at 9 p.m., Monday, May 31 on Fox.