From Shoes to Supercars: Maserati Sharpens its Marketing with an ex-Nike Executive 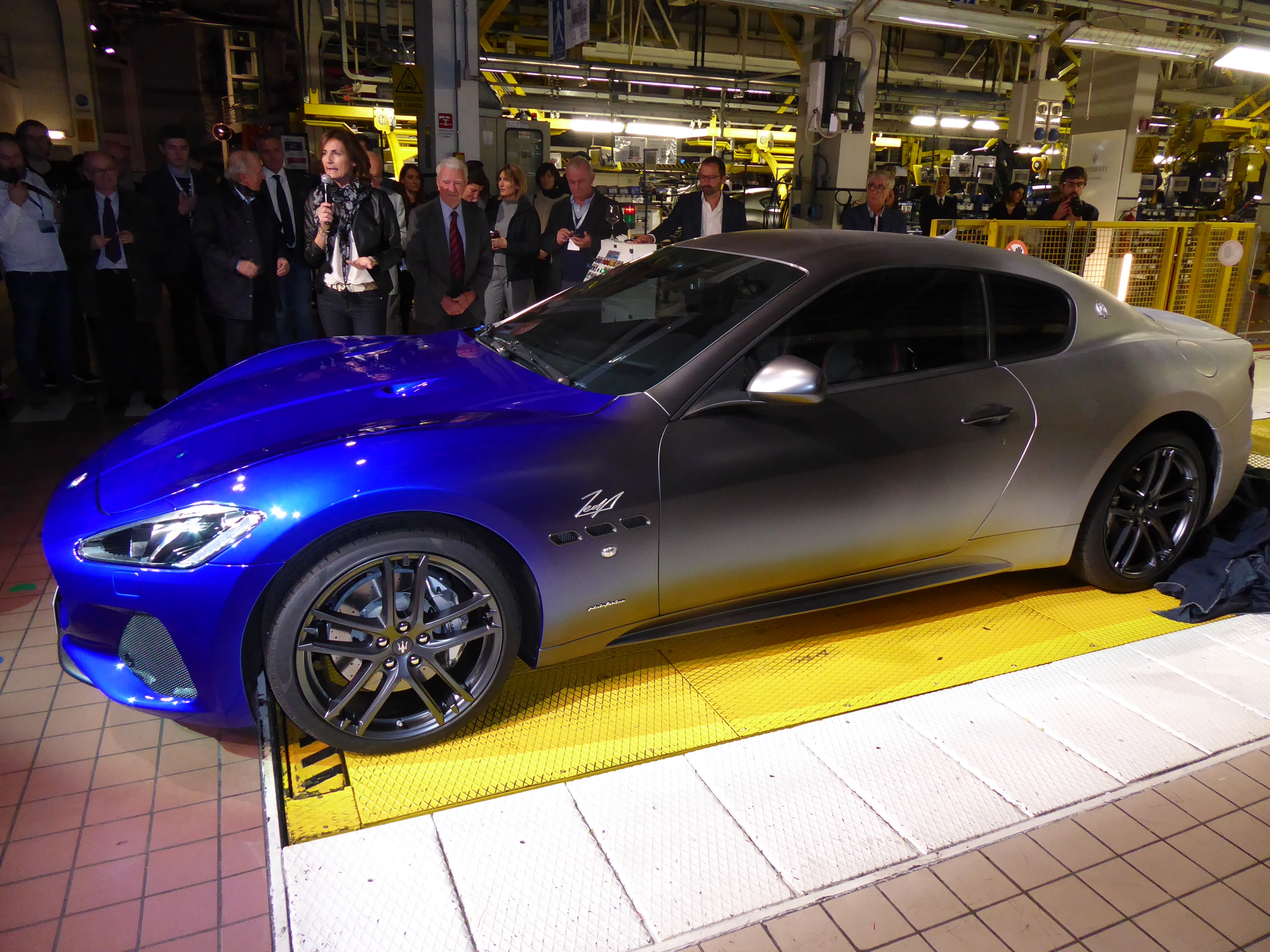 Can a shoe guy turn around the fortunes of storied Italian car brand Maserati, whose history goes back to 1914? Fiat Chrysler Automobiles (FCA), Maserati's parent company, is betting on Davide Grasso, a marketing expert who spent 12 years at Nike and headed up its Converse brand. In July, Grasso (pictured below) became Maserati's chief operating officer and a member of the company's executive council.

Traditionally, auto executives are either "bean counters" or "car guys." The former cares about the bottom line and the latter the product, particularly if it goes fast. The industry needs a combination of the two, and both types can come up through the ranks. John DeLorean at General Motors was a car guy; Roger Smith (of Roger and Me fame), at the same company, was a bean counter. But what about hiring turnaround specialists from a totally different field?

Cadillac brought in Deborah Wahl — most recently having worked at McDonald's — who became Lexus's vice president of marketing before going to the Golden Arches. She told me, "Cadillac has been around for more than 100 years and McDonald's more than 60. For these beloved brands, you find some similar challenges. How do you continue to connect with the customer and still leverage your heritage and the core foundations of the brand?"

Another example is marketing wunderkind George Blankenship from Apple being hired to head marketing at Tesla. He did a good job of launching the company's look-but-don't-buy shops, stating that he wanted to "reimagine the way people buy cars," but didn't last long in the position.

Blankenship was convinced that malls and car marketing could go together, as malls and Apple products have. About his experience at Apple, he told me, "I ambushed [consumers] when they weren't even thinking about computers," he said. The goal — which was outrageously successful, as it turned out — was to leave visitors with a willingness to try something new, especially if it was smart and disruptive. 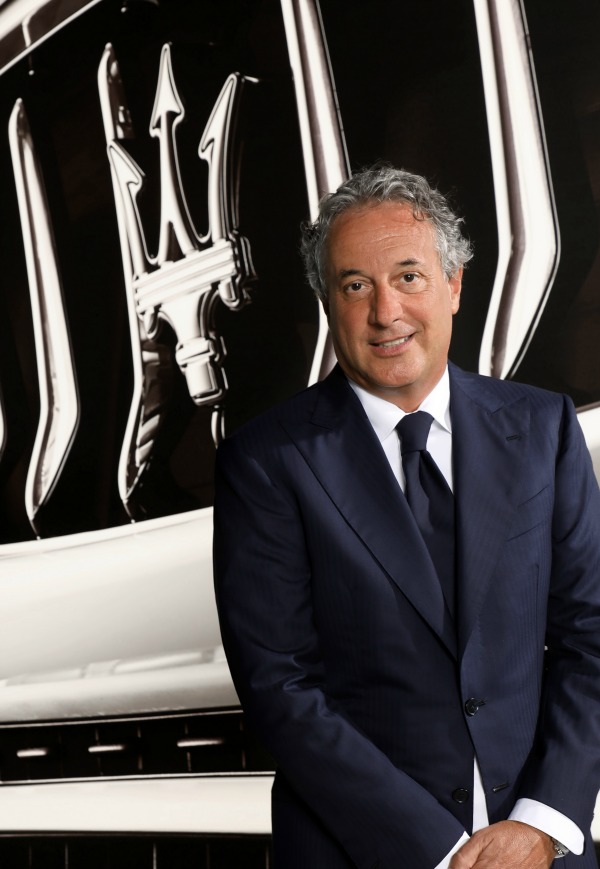 Blankenship took the same approach at Tesla. "A lot of people had leased BMWs for 14 years," he said. "So, just like those computer buyers, their decision was already made." And so, Tesla opened stores in malls, where shoppers would get "ambushed" with one well-lit, gorgeous, and powerful all-electric Model S sedan, and product specialists talking about the world's need for smarter energy solutions. Instead of encouraging visitors to order a car, Tesla led them to touchscreens that told them all they wanted to know about battery life, driving range, charging, and emissions. "Entice, inform, and engage," Blankenship said.

So, maybe it's not such a big step from shoes to Maseratis. Jessica Caldwell, executive director of industry analysis at Edmunds tells me, "Bringing in someone from an outside industry to lead marketing efforts can work, but it all depends on what the company's goals are. If the marketing team seems to be stuck in a myopic way of thinking and the brand is struggling to stay relevant, an outside perspective can be an ideal solution."

That's the upside. Here's the negative counterpoint, also from Caldwell: "But if the company is facing urgent challenges that are very industry-specific, and if the company culture tends to be resistant to change, it could become frustrating for both sides and likely won't end well."

Maserati's issues are kind of industry-specific. The company's image isn't bad, it just isn't generating much excitement from an aged product line, and sales globally have slumped badly. The plan is to turn things around with 10 new model introductions between next year and 2023.

After being asked what image Maserati would like to project in the U.S., Al Gardner, president and CEO of Maserati North America, said: "Maserati is entering a new era. Our history is quintessentially Italian, and we will always be true to our pioneering spirit and entrepreneurial resolve as a niche Italian automobile brand. Consumers in North America value our fine craftsmanship and design, strong performance, and that unique signature sound that only a Maserati can deliver. Those are the three core attributes that we want to be known for." 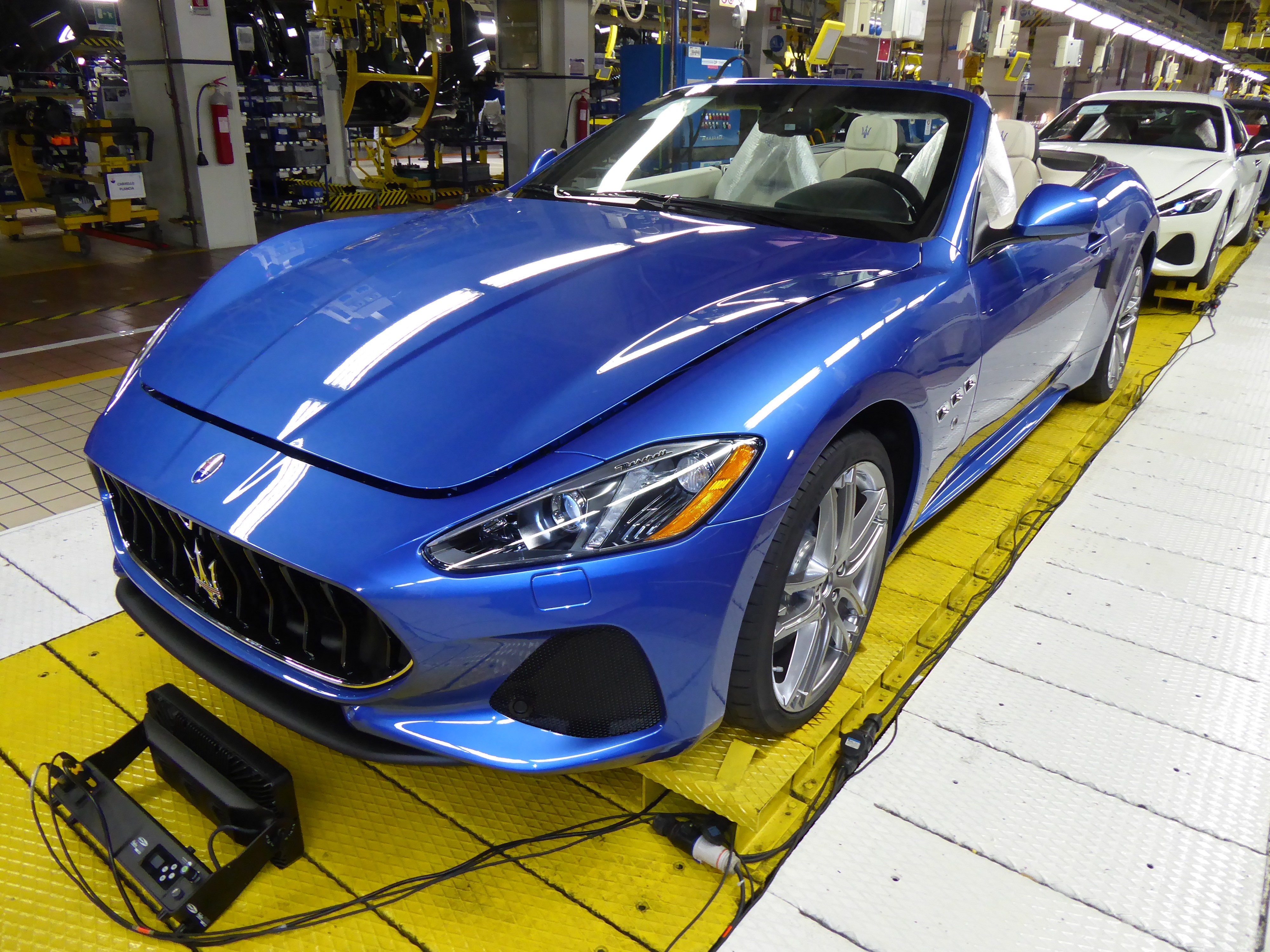 Maserati's Grasso was on hand in Modena, Italy on November 12 — the very last day of production for the outgoing version of the GranTurismo coupe and convertible. Part of the celebration was the debut of a one-of-a-kind version of the GT, the Zéda. The plant will be retooled to produce an all-new two-seat sports car, with pre-series production to start mid-year 2020. Currently, the plant also produces the 4C Alfa-Romeo, and it's not clear if that arrangement will continue. The GT's successor is coming and will reportedly be based on the Alfieri show car from 2014. Existing models such as the four-door Quattroporte (last updated in 2012), Ghibli (dating to 2013), and Levante SUV will be retooled (the latter, introduced in 2016, will be renewed in 2023).

Grasso teased a major product announcement in May and praised Maserati as "an historic brand." He said the GT's birthplace will soon be turning out sports cars. Interestingly, he also referenced the fact that Maserati has been in competition with Alfa-Romeo for FCA's attention.

That it is. FCA CEO Mike Manley said recently it was a mistake to put Alfa and Maserati under one leader and to treat Maserati as a mass-market brand. What Maserati needs is solid investment in a new and exciting product line, including the electric cars that Joe Grace, head of product development, told me no modern automaker can do without. The redesigned Maseratis will likely come with fuel-saving plug-in hybrid variants.

Last year was not a good one for the brand. Sales were down 21 percent to 36,500 vehicles sold in 62 markets. And this was after the late Sergio Marchionne predicted that the brand would be selling 75,000 in 2018. The problem is most acute in Asia-Pacific, where there was a 24 percent drop. Part of this can be attributed to the downturn in Chinese car sales, but also to Maserati's lack of new products. Another issue is the plethora of sedans and convertibles when customers want SUVs; a crossover Maserati is in the pipeline.

We're not seeing the turnaround yet. In the first three months of 2019, Maserati deliveries fell 41 percent and revenue was down 38 percent.

Grasso's Italian heritage (born and raised in Turn) should definitely help him penetrate Maserati's somewhat insular culture. He had a stellar rise at Nike and was responsible for the "Write the Future" campaign, launched in 2010. As chief marketing officer, he put his stamp on a number of successful TV spots, including Black Mamba, The Chosen, The Kobe System, World Cup 2014, and Basketball Never Stops.

It's a no-brainer to connect running shoes with sports cars. Maserati has a rich competition history — it didn't even produce road cars until it had been around more than 40 years. But that's in the past. As mentioned, Maserati doesn't have a bad image, but it's near-neighbor Ferrari gets the racing fairy dust now.

Manley said when Grasso was hired that he'd be a valuable advisor "on brand matters across the FCA portfolio." Maybe, but he can't get spread too thin. Reviving Maserati is itself a heavy lift.