From "Superstition" to "Supernatural," The CW's Upfront Presentation Hit All the Right Notes 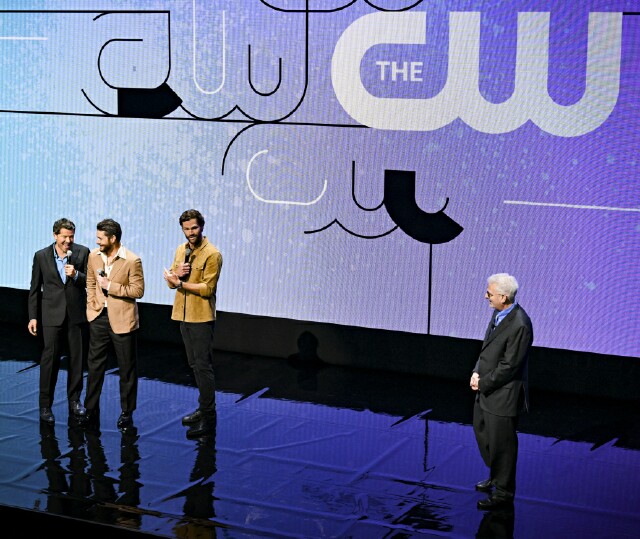 It wouldn't be the end of an Upfront event season, especially the first conducted largely in-person from various New York City venues since 2019, without a grand closing act from The CW. Sure enough, hundreds of attendees gathered at City Center on W. 55th St. Thursday to see if they would live up to expectations. And wow, did they ever!

The Big Message: Amid sweeping changes throughout the industry, including its two parent companies, The CW continues to stand tall as a brand that delivers diverse, passionate audiences year-round. Also, before anyone came up with the acronym AVOD [advertiser-supported on demand TV], the service was one of the first anywhere to take advantage of distribution through smart TV sets and devices with a 24/7 format. An updated app, combining The CW's programs with material from Diginet CW Seed, launched last month on most smart TV products. 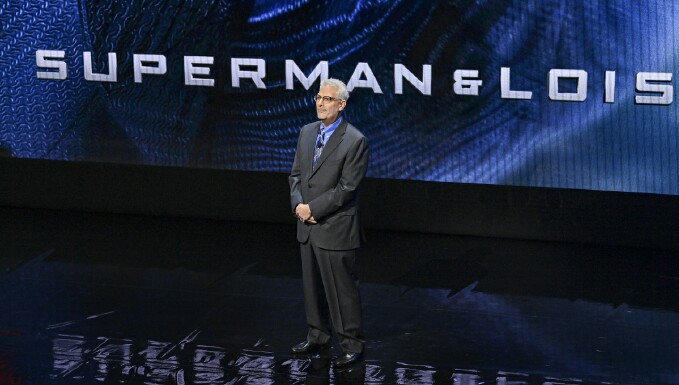 Host: Mark Pedowitz (pictured above), The CW's Chairman and Chief Executive Officer and the reigning network chief with the longest tenure. Unflappable, direct and enthusiastic, and always seeming relaxed and happy to be there, his presence on stage was a home run.

What Worked: Kicking things off with a performance by Stevie Wonder, truly a national treasure. In an inventive sequence, Wonder was first seen on video singing "Where Is Our Love Song?" Midway through the song, the video gave way to Wonder performing live with his musicians and singers on either side of the stage. From there, he segued into a rousing turn with his iconic 1970s hit "Superstition," complete with those famous brass riffs. He had the crowd clapping, singing and chanting "CW is the way." Wonder remains a wonder of our time. Make that of all time.

What Also Worked: Maintaining the tone and pace attendees of The CW's event enjoyed for years pre-pandemic. The format remained basic and highly effective: Pedowitz (or someone else) talked up a new series, which was followed by preview clips and then appearances by cast members on stage for a few minutes of friendly banter. For a change of pace, former Supernatural stars (pictured below, left to right) Misha Collins, Jensen Ackles and Jared Padalecki (all starring in and/or executive producing their own CW series) hooked up to "pitch" some new programming concepts to Pedowitz. Their exchange (pictured at top) produced a few chuckles. 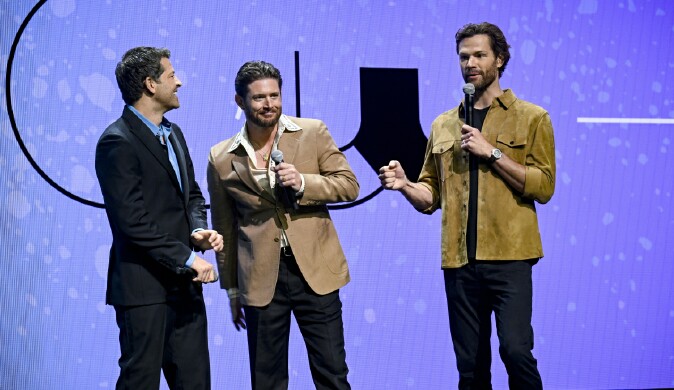 What Didn't Work: Can't think of anything.

Bonus Points: Major cast members from upcoming and returning scripted series on The CW gathering on stage for an extended bow at the end -- and some extended moves to "Superstition" before heading backstage.

Data Points: All American: Homecoming, the spinoff series of All American that launched earlier this year, is now the second-most popular series on The CW's primetime lineup.The new CW app has enjoyed more than 100 million downloads so far.

News: All three pilot concepts developed in recent months at The CW will become series during the 2022-23 season. A pair of prequels will go on this fall: Walker Independence and The Winchesters. Gotham Knights, about a squad formed to carry out Batman's quest for Gotham City justice after his death, will premiere next year. Walker and Walker Independence make up the new two-hour Thursday block, with The Winchesters leading off Tuesday nights. In other fall schedule developments, DC's Stargirl and Kung Fu will graduate from midseason or summer status and run back-to-back Wednesdays, while a pair of Canadian-produced acquisitions, Family Law and Coroner, take over Sunday nights. Current series The Flash, Nancy Drew, Superman and Lois and Riverdale [on its seventh and final season] will come back early 2023. (Riverdale star KJ Apa is pictured below.) Also, a number of scripted series will do episodes with mental health storylines as part of a new public service outreach. 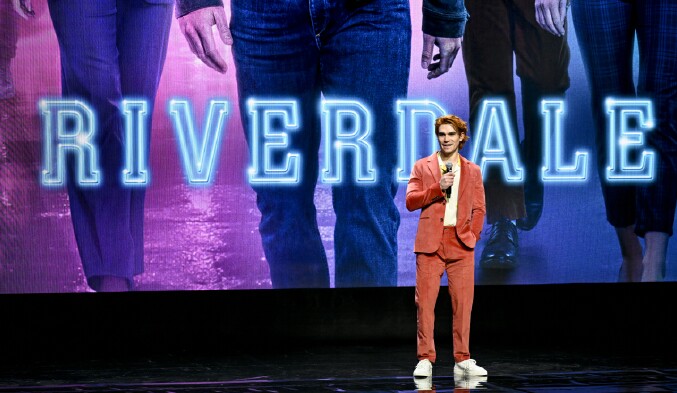 Parting Words: "We need to become a united people of these United States. We can't just talk about it. We have to celebrate it." -- Stevie Wonder

"Our brand continues to be recognized by diverse, passionate audiences. This is what we will continue to do." -- Mark Pedowitz, Chairman and Chief Executive Officer of The CW

"This service is evolving and adapting to a changing landscape. We pioneered convergence strategies with multi-platform metrics for advertisers in a safe, trusted environment." -- Rob Tuck, The CW's Executive Vice President of National Sales

"Saddle up, y'all. It's going to be quite a ride." -- Walker Independence star Katherine McNamara