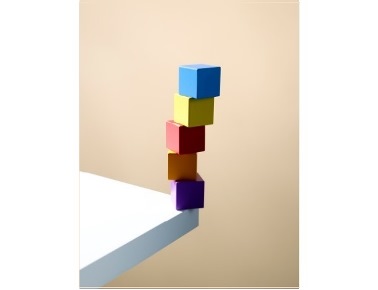 Register here for our upcoming Jack Myers Leadership Conversations with Interpublic's Michael Roth - June 25 and more. The last few Cog Blog posts have wandered around what the agency of the future might look like post-pandemic, and the degree to which this coming recession will likely reshape the industry, as opposed to simply making it smaller. But what about the tools it will need to work?

The hub and spoke model, with the media agency at the centre acting as strategic lead on all forms of communication is easy to type, and very hard to do.

There are two problems – organisational, and directional.

Organisationally, it's always instructive, as the hub agency to propose a mix involving disciplines other than 'advertising'.

On one occasion I was physically threatened in front of my teams by the global account lead on the client in question at the ad agency. As we were in the same holding company (along with a branding consultancy, a PR agency, an experiential agency, and others) this guy made it clear he had no doubt as to where my loyalty should lie. I didn't agree.

Then there was the cross-holding-company GAD who doubled up as a Board Director at one of the holding company's ad agencies. He refused even to countenance the idea that someone might propose a non-advertising solution to 'his' client.

It would be nice to think that these dinosaurs will simply die out, and I suspect they will. Integrated thinking will permeate the business, eventually.

What will help that happen at something other than our industry's natural glacier pace is the creation of decent tools and techniques to help guide us, directionally.

How do you allocate budget between, say, TV advertising, PR, an event, creating an online game, and social media?

Let's be honest, right now allocating money between video ad formats is beyond us.

The fact is we lack the tools we need to map read.

Once upon a time, agencies could be relied upon to have thoughts on this, and indeed to draft the map. But they have largely abdicated responsibility for the development of industry research. Yes, a few people do sterling work on the committees that run these things, but increasingly whenever a conversation on the direction of the industry's future research needs takes place it's dominated by the likes of Google and Facebook.

Recent developments and cross-media initiatives have been started and are being driven not by the agencies but by advertisers and their trade bodies.

The agencies are invited along, but they're a bit like a distant cousin invited to a party because the host felt bad about excluding them, who, when they turn up say little beyond complaining about the traffic getting there on the A3.

The agencies say that their focus is on developing their own tools, but to build something robust and credible you still need the basic materials.

The WFA, ANA and ISBA initiatives are all admirable – but they do in the fullness of time need to lift their eyes above video, in fact eventually above advertising per se to establish evidence-based principles on which future plans can be built.

As the old joke goes, the way to eat an elephant is one small bite at a time. But you still need to keep sight of the fact that it is a bloody great elephant.

The industry lacks the building blocks on top of which the agencies (or anyone else, like advertiser in-house units, or vendor sales and editorial divisions) can build the bespoke structures that will help shape the future.

Common building blocks avoid the nightmare of multiple currencies – it's a short step from one agency coming up with its own audience metrics to every other agency doing their own versions and before you know it we are all spending our time arguing about the number of angels who can dance on the head of a pin.

Industry accepted research has a huge reason to exist. But it can never be (in fact it was never designed to be) the only game in town, rather it's there to provide the base kit.

Once that's done you can go off and build a toy fort or a full-size castle. Whatever takes your fancy.