FX's John Landgraf at TCA: It's All About the Brand (and Streaming) 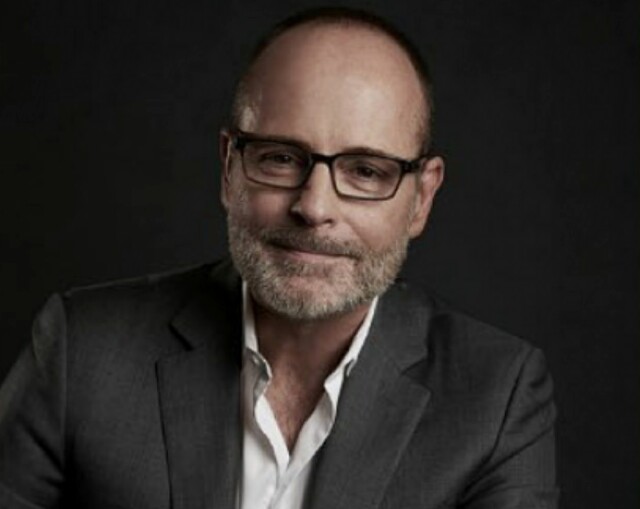 There is no better way to define the massive changes that are overtaking the television industry, if not the media overall, than something FX Networks Chairman John Landgraf spoke about Friday during the 2021 Summer Virtual Television Critics Association tour. For as far back as any of us can remember, Landgraf has famously begun his TCA sessions by unpacking a timely and topical area of the TV business, from concerns about content to the rise of streamers to the overwhelming number of new and returning scripted series in production at any given time. In fact, it was during TCA remarks several years ago that Landgraf first coined the phrase "Peak TV" (which feels almost quaint by now) in response to the burgeoning level of product filling broadcast, cable and streaming schedules.

But this time, his approach was a bit different. There was no commentary about the state of the industry overall; instead, Landgraf was laser-focused (as are most executives who appear on TCA panels) on his networks, including FX on Hulu.

"You've heard me talk ad nauseam about the importance to FX of curating a brand identity, and as some of you may have noticed, we have now affixed the FX logo to the title treatments of all of our shows so that wherever those shows travel, our brand travels with them," Landgraf said during his opening remarks. "Our mission is to develop, commission, produce, market and publicize our shows in support of our talent and brand. Many of our shows are produced directly through FX Productions, and many come from our partner Dana Walden and her teams at 20th Television and ABC Signature. Job one is to make shows that are highly original and driven by distinctive, creative perspectives that become commercial and qualitative successes, and if we do that, we continue to make FX-brand deposits that benefit our linear channels, Hulu, Star and ultimately The Walt Disney Company. We are well positioned moving forward to just do that."

This shift from Landgraf's usual approach when speaking to the TCA was so noticeable that one journalist asked him about it during the Q&A that followed.

"You know, for many years I have been involved in the distribution process and running linear channels," Landgraf replied. "There was a major restructuring at the Walt Disney Company, and the running of the linear channels [now] exists elsewhere in the company. I run a brand that markets, commissions, publicizes, programs and produces original programming, so that's one of the reasons you're seeing my focus change somewhat."

And as for the state of the industry? "We can all see the focal point of consumption of scripted programming moving towards streaming," he continued. "It's not that there isn't major consumption going on [at] linear channels anymore. There is. But scripted programming consumption is rising very rapidly on streaming platforms, and conversely, it tends to be declining on linear channels. So that's why it was vitally important for FX to really play a major part in the component of the ecosystem that's growing. As you've seen, Hulu is a really vibrant platform and it's growing very, very fast.

"So, we're in this bifurcated place where we make shows for our linear channels … but all those shows are now available in a streaming context. As far as I'm concerned, that positions us towards the future. Because what you can see is the emergence of these streaming platforms as the sort of central place where scripted programming is housed and consumed."

Later, Landgraf noted, "One of the things I've remarked upon in the past is the fact that there were at one point 60 or 70 different purveyors of scripted programming and many purveyors of documentary programming. What you can see now is the industry is consolidating. So, I think those that remain viable in the streaming era and who maintain a sort of level of quality and volume are going to have a much better opportunity to stand out and to be recognizable and distinctive to consumers."

Landgraf also framed the recent production issues brought on by the COVID-19 pandemic in a way we hadn't heard before. Asked about the challenge of deciding when to schedule shows, he replied, "I would say I've had less control of the question of when to put a show on this year than I've ever had in my entire career, because so much of that has been decided for us by, frankly, when we could return to production safely and when and where and how our talent was comfortable with the safety of the working environment. I guess you could say that's been frustrating, but on some level, it's been easier because the decisions have been made for me."

Although it is not yet over, FX Networks has come out of the pandemic in a renewed position of strength. "We are back to where we were before the pandemic and ramping up our development and production to increase our slate to approximately 30 shows a year," Landgraf said. "We thought very carefully about that number, taking into consideration our desire to maintain the highly personalized, artist-focused process that has yielded a consistency of quality and success as well as a fidelity to FX's 'Fearless' brand filter.

"In 2020 we programmed just 12 shows. Dating back to the recent launch of Daveseason two in June, and through the upcoming launch of The Premise in mid-September, we will have premiered about that same number of shows in just a four-month span," he explained. "Some of that is due to finally getting back some key returning shows, a number of which were on hiatus prior to the pandemic. These include American Crime Story, American Horror Story, Atlanta and It’s Always Sunny in Philadelphia, which is like having four Hall of Fame players who are on injured reserve all returning to the starting lineup at the same time.

"Simultaneously, we've been ramping up our new series in development," he continued, referring to two new American Story spinoff limited series, American Sports Story and American Love Story, another potential cycle of American Crime Story (centered on the legendary goings-on at Studio 54), and a franchise based on the Alien movies created by Noah Hawley, the mastermind behind the Fargo series. In addition, beginning in two weeks FX/FXX/FX on Hulu collectively will premiere the 10th installment of American Horror Story (entitled Double Feature); season twelve of Archer; season three of What We Do in the Shadows; Impeachment: American Crime Story; two new properties, The Premise and Y: The Last Man; the next documentary film under The New York Times Presents banner, and  season fifteen of It's Always Sunny in Philadelphia.

"If you go back to the shows we've launched since March of 2019, we've actually had one of the most successful batting averages across that span that we've ever experienced in the 17 years I've been at the channel," Landgraf concluded. "The challenge [now] is how successfully can we scale that process and how much can we contribute to Hulu and Disney without lowering our batting average or sort of diminishing the success or quality of our shows? [Thirty shows] was the number we arrived at as the most and best that we can do. It's my hope that that number is substantial enough across the course of a year that it's a meaningful beacon to consumers even within the extraordinarily competitive environment in the streaming era."