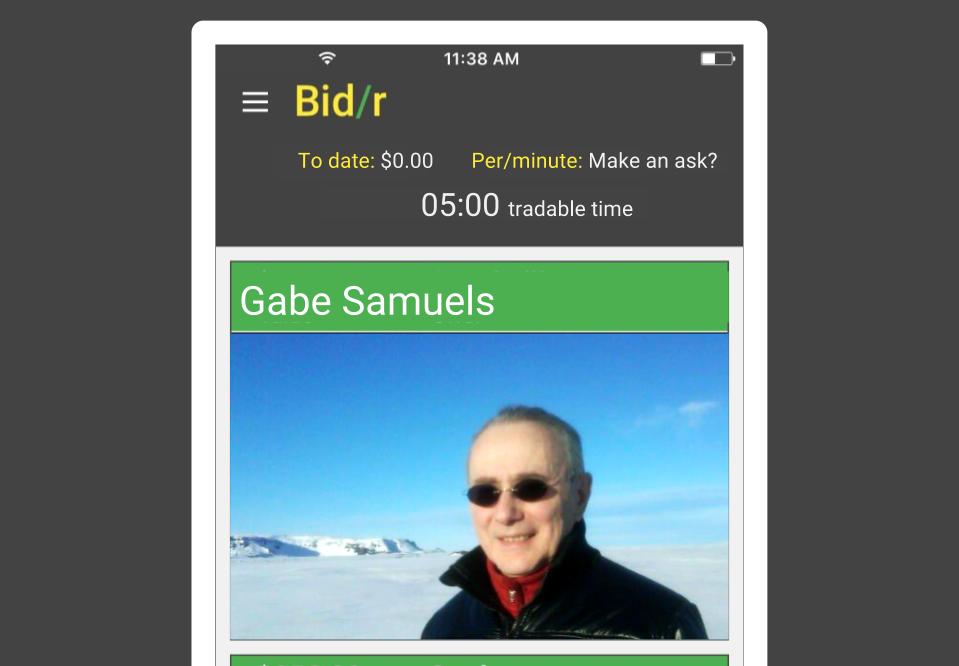 The first time I met Gabe Samuels was over lunch in a fancy midtown restaurant.  He was clearly in great discomfort, moving rigidly, unable to turn from side-to-side without repositioning his entire body to face this way or that.  After a while he told me he had been that way since waking from a car accident to find out his wife had died and he almost did, too.  If not for the love of his daughters, Gabe said he would not be there having lunch with me that day.  As a cub reporter beginning to cover media, I already knew of Gabe, who had a reputation for being a pioneer of "new" media ... what we would call "digital" today.

Gabe is an Israeli expat who became an American and joined the ad industry as head of media research at J. Walter Thompson in the mid-1970s and ultimately became the agency's de facto head of new media at a time when the expansion of the media universe started accelerating thanks to satellites and cable TV, and as early forms of digital -- teletext, videotext, CD-ROMs, "interactive kiosks" and the first commercial online services -- began transforming the world as we knew it.

Gabe left JWT to help launch one of the companies that transformed it, Prodigy -- an ambitious venture of AT&T, CBS, IBM and Sears -- that became one of the toeholds for the modern day commercial Internet.  When Prodigy folded, Gabe joined the Advertising Research Foundation, where he invited me to cover important industry research projects as a fly-on-the-wall journalist.

One of them was a collaboration of the ARF and MIT's fabled Media Lab, called "D-Map," because its mission was to develop a roadmap for how digital media -- especially the Internet -- would transform advertising, marketing and media.  The project lasted for months in 1999, including regular meetings with the heads of research of its sponsors -- tech giants like Microsoft and H-P, media giants like CBS, and a couple of big ad agencies, including Grey Advertising and McCann-Erickson.

Led by MIT's Russ Neuman, the team took more than a quarter century worth of media trends -- things like technology and consumer adoption curves, and their impact on ad spending -- and came up with a model to project how various economic, technological, regulatory and consumer scenarios would impact how, when, where and why people consumed media.  The project culminated in a symposium at MIT, where some of the biggest marketers, agencies, technologists and visionaries in media discussed how digital technology ultimately would lead to those changes.

While no one in the room actually used these words, what I heard them say over those two days was that in the future there would be digital media "filters" representing both consumers and brands.  In this future scenario, a brand would use its filter to make its best offer to the consumer's filter and if and when the filters struck a deal, the offer would pass through to the consumer.  It was an idyllic market-based view of how marketing would evolve in a digital world.

Remarkably, it proved to be half right.  Marketers -- and the media, technology and agency partners they use -- ultimately figured out how to leverage advances in search, programmatic audience exchanges and technology to understand who, what, when, where and why someone was in front of their digital ad impressions.

It was half wrong too, because nobody created the corresponding technology enabling consumers to determine those Five Ws for themselves. Instead, two unintended consequences occurred.

One is that consumers unwittingly ended up giving the rights to their data to other third parties -- big data companies like Acxiom, Oracle and Nielsen and giant walled-gardens like Facebook and Google -- to target them.

The other is that a new class of technologies emerged enabling consumers to avoid advertising altogether, especially ad blockers.

The industry is already beginning to apply AI to develop the next generation of consumer interfaces -- so-called conversational marketing or even "frictionless" marketing bots -- that will anticipate what consumers want from brands, before or without the consumer even knowing they want it.

Bid/r's ambition is to change that by giving consumers a corresponding way to filter offers they receive from brands.  I'm writing this column to chronicle people like Gabe, Joe Marchese, Jack Myers and others who helped inspire it.  Hopefully, that will inspire you to participate in the Bid/r trial to help build a marketplace based on the value of you.

Gabe has long since retired from the business, but he still has plenty of opinions to share with anyone who wants to discuss it with him.  He now spends his days with his daughters and his grandchildren and traveling the world with his second wife, Kathy.

Joe Mandese is Editor-in-Chief of MediaPost where he oversees the operations of dozens of digital publications (Media Daily News, Marketing Daily, OMMA ,etc.) that reach more than 125,000 advertising and media industry professionals daily. He is also …