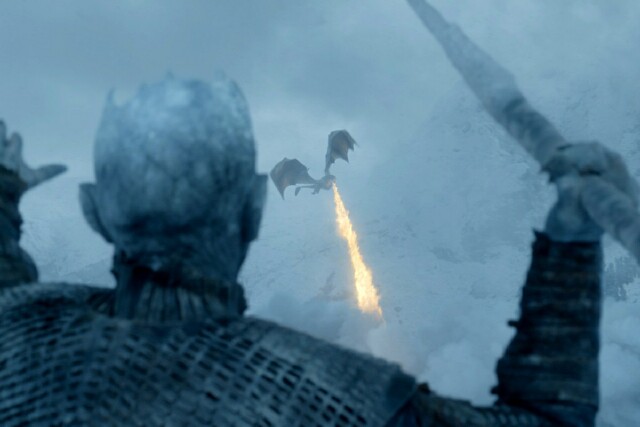 Many critics crabbed that this year’s abbreviated season of HBO’s blockbuster fantasy series was way too short at only seven episodes and that the plot was hurried along as a result.  In other words, they complained that too much happened, too quickly!  From where I sat, this was Game of Thrones’ best season in years for precisely that reason:  Miss a minute, miss a lot.  Every episode was a thrill ride.  I found it a welcome relief from the draggy pace of the last two seasons, when only a couple of episodes (Battle of the Bastards, for example, pictured below) really delivered the GoT goods. 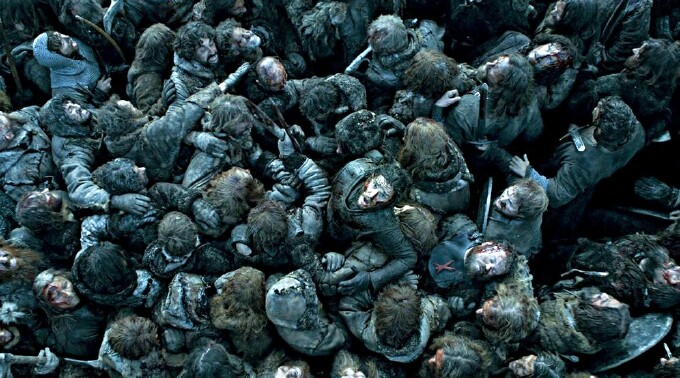 Plus, season seven very heavily focused on Daenerys Targaryen's beloved dragons, and on Daenerys herself and her loving (in every sense of the word) relationship with Jon Snow.  So how could it go wrong?  Frankly, I think Emilia Clarke and Kit Harrington deserve serious award consideration for their work this season.  They brought impressive strength and restraint to their characters throughout, even during the most combative and combustive of moments. 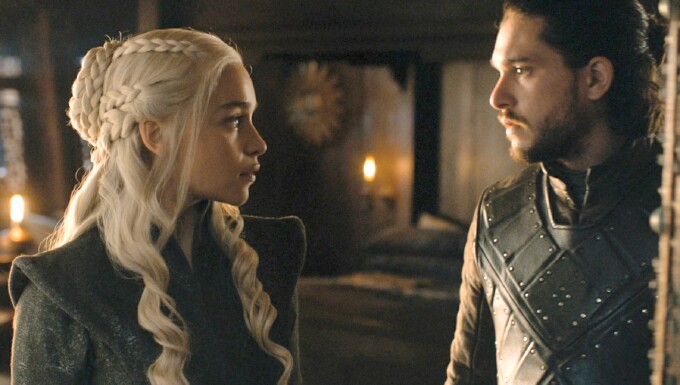 Over the years, as countless characters have been butchered or otherwise dispatched, I have repeatedly asserted that if the producers begin killing off the dragons I would be through with the show.  But Game of Thrones surprised me in the best of ways, shockingly killing off Viserion, then having him revived by the fearsome Night King as an even more terrifying ice dragon. 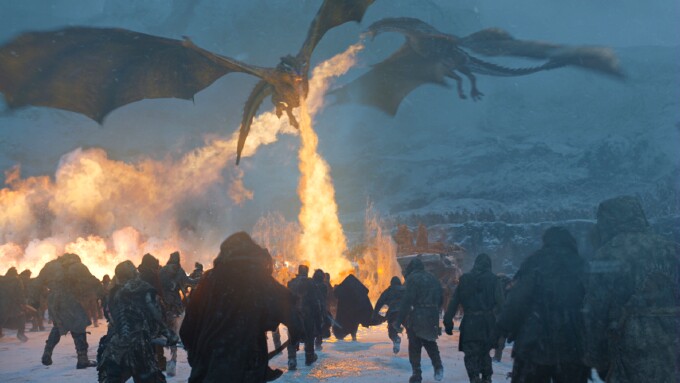 I’m going to alter my assertion as the long wait for the eighth and final season begins:  If they kill off Daenerys or Jon then Game of Thrones really will be dead to me.  But for now, it is everything.

Getting back to the critics, last summer during the three-week Summer Television Critics Association tour at the Beverly Hilton, Game of Thrones was the only show that interrupted whatever was going on and had critics scampering back to their rooms Sundays at 9 p.m. to watch each episode the moment it was on.  Critics rarely watch “live” television during TCA tours (except for news coverage and the Olympics).  Instead, they are too busy watching advance screeners of programs that will premiere throughout the upcoming months.  But Game of Thrones would not be denied.

Check out Ainsley Andrade's year-end look-back in which he honors Game of Thrones as the top show of 2017.

Big Little Lies and The Handmaid's Tale -- No. 3

The Big Bang Theory and Young Sheldon -- No. 7