Glenn Greenwald: When a Co-Founder Has to Leave His Own Publication 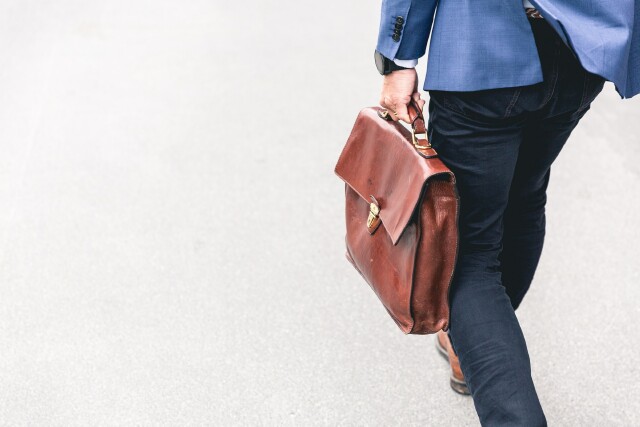 On the afternoon of October 29th, Glenn Greenwald, the Pulitzer Prize-winning journalist best known for his illuminating coverage of National Security Agency (NSA) policies based on documents provided by Edward Snowden, resigned from The Intercept, the publication he co-founded in 2013. He released a statement of resignation via Substack, which has become the platform of choice for a number of prominent journalists who have felt no longer able to speak their minds at the name-brand publications where they once worked. A few of Substack’s most notable recent refugees include Matt Taibbi, who previously wrote primarily at Rolling Stone, as well as Andrew Sullivan, who departed New York magazine in June of this year.

Greenwald writes:  "This was not an easy choice: I am voluntarily sacrificing the support of a large institution and guaranteed salary in exchange for nothing other than a belief that there are enough people who believe in the virtues of independent journalism and the need for free discourse who will be willing to support my work by subscribing. Like anyone with young children, a family and numerous obligations, I do this with some trepidation, but also with the conviction that there is no other choice. I could not sleep at night knowing that I allowed any institution to censor what I want to say and believe -- least of all a media outlet I co-founded with the explicit goal of ensuring this never happens to other journalists, let alone to me ..."

The proximate cause of Greenwald’s departure was a decision by editors of The Intercept to decline to publish a column he wrote discussing recent allegations against former Vice President Joe Biden regarding his and his family's conduct with respect to Ukraine and China. However, as Greenwald makes clear both in his Substack resignation letter and in an also-published email to Michael Bloom, the CEO of The Intercept'sparent company First Look Media, his dissatisfaction with the publication’s editorial practices was long-standing. As such, Greenwald suggests that The Intercept’ssenior editorial staff had over the past few years gradually come to prioritize political considerations and appeasing "center-left Twitter luminaries" over the dogged journalism (free of ideological considerations) that The Intercepthad, in fact, been created precisely to pursue.

It was not inevitable that Greenwald would become a journalist. He went to college for philosophy and then became a lawyer, specializing in civil liberties with a focus on the First Amendment. It was in 2005 that Greenwald started a blog. It was called Unclaimed Territory, and it touched on many of the issues that he had explored in his legal practices. In time, he would join Salonas a columnist and then The Guardian, prior to his co-founding of The Interceptin 2013, along with Jeremy Scahill and Laura Poitras. As Snowden put it in his memoir Permanent Record, he chose Greenwald as one of the two journalists in the world he was most willing to trust because "he was skeptical and argumentative, the kind of man who'd fight with the devil, and when the devil wasn't around fight with himself." And, in the time since, Greenwald has gained attention as a frequent guest on political shows across the ideological spectrum, from Democracy Nowto The Hill’s RisingtoTucker Carlson Tonight. It was not long ago that Rachel Maddow called Greenwald "the American left’s most fearless political commentator."

Indeed, as I have observed in previous columns, the Internet (and social media, in particular) has made it possible for commentators, particularly those who already enjoy considerable name recognition, to bypass traditional editorial processes to deliver their thoughts directly to subscribers. Indeed, this is Greenwald’s plan, though he is also floating the idea of starting a new publication that will try to get right what The Intercept came to get wrong. In the meantime, though, the newsletter shift will continue to have significant implications for the business side of news, as well as for the practice (and public service) of journalism. For instance, as The New York Times reported in 2008, when Andrew Sullivan moved his blog to The Atlantic, the publication’s website saw a 30% increase in traffic.

So, Sullivan and Greenwald will, themselves, likely fare fine on their own, but one wonders how many thoughtful new voices might never see the light of day should publications evermore become steadfast gatekeepers along ideological lines. One also must ask what will become of publications such as The Interceptif a growing share of readers lose confidence in their ability to be, first and foremost, homes for journalism, rather than ideological projects.

It is certainly possible that some reactions to Greenwald’s departure may be overstating its significance. However, it is perhaps this year’s most telling canary in the coal mine for the state of journalism in this country. From Andrew Sullivan to Bari Weiss and now to Greenwald, 2020 has witnessed astonishing departures from major publications as celebrated writers no longer feel welcome freely to describe the world as they see it. So we will have to see how this statement from Marty Bent, a newsletter curator himself, ages: "I think [Greenwald] being forced out of the Intercept via censorship is the official death of journalism as we knew it. There is no question anymore, the future of journalism will be built on individual journalists posting on personal blogs.” However, in the meantime, there is something about Greenwald’s leaving of The Intercept that has to strike one as perhaps the most notable departure in a year that has seen so many journalists leaving comfortable positions at household name outlets in favor of the frontiers of the internet. He was its co-founder, after all.