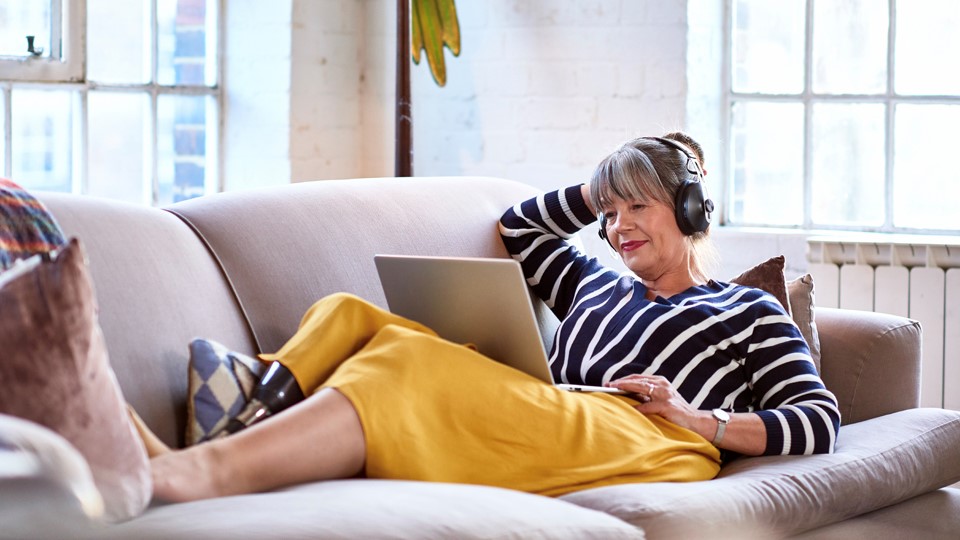 The Oprah Winfrey interview of Prince Harry and the Duchess of Sussex, Meghan Markle, and everything that followed was arguably one of the biggest stories of the week. While its revelations were significant at a societal level, the event itself was also illustrative of the capacity of important content to generate audiences. In the same vein, there was news this week related to traditional TV network owners and emerging streaming services highlight that European media owners will need to invest in content more aggressively if they are to keep up with the much larger and more globally-oriented American conglomerates in pursuit of the same audiences.

New data from the OECD conveyed improved expectations for economic growth this year versus that of only a few months ago. As the pandemic hopefully abates over the course of the year, the overall economy in many countries should be substantially healthier for consumers and marketers too.

Content is Queen. Over the past week, significant attention was drawn to Oprah Winfrey's interview of Prince Harry and Duchess of Sussex, Meghan Markle. While the ramifications of its revelations on the British monarchy and overarching issues related to racism, society and media will play out over an extended period, certain elements were very quickly quantifiable. The Wall Street Journal reported that ViacomCBS paid between $7 and $9 million for the rights to the interview in the United States and for the rights to license the program internationally. If there's an important takeaway that's consistent with arguments we've made in the past, it's that media owners who are willing to invest in content will be rewarded with audiences, at least on a relative basis. Media owners who choose to focus on lower programming budgets will likely, all else being equal, end up with lower audience shares.

The need to increase programming investments will be an issue for many traditional free-to-air broadcasters in countries around the world. During the past week, ITV and RTL, the owner or controlling shareholder of large properties in Germany, the Netherlands and France, reported earnings and reiterated many of their plans for investments in their streaming services. Those services for ITV are Britbox, which it co-owns with the BBC, and for RTL includes Videoland in the Netherlands, RTL Now (soon to be rebranded as RTL+) in Germany and Salto in France (co-owned with TF1 and France Télévisions). Unfortunately for those media owners, current content spending commitments mean they could currently only afford global rights to no more than 10-15 similar Oprah interviews per year. Of course, neither of the two companies are mainly focused on opportunities in the U.S., so the point of reference is perhaps a little unfair. However, most of Britbox's subscribers are in the U.S., where their aspirations are limited to providing a niche offering.

The scale of investment that European services owners have made in streaming is small in a global context. RTL has indicated that Videoland and RTL Now should have a €350 million content budget by 2025. It would be unsurprising if each of Netflix, Disney and Amazon – and possibly others – individually spent more on local market content in each of those two markets by that point in time. And, of course, they will also collectively have tens of billions of dollars of spending on English-language content to supplement it. As consumers in markets where subtitles were historically unpopular become increasingly comfortable with foreign language content, global content budgets will be much more appropriate points of comparison in assessing whether or not a given media owner is investing enough in future-proofing its business.

To more specifically illustrate the scale of existing spending and announced plans for content spending on streaming services, which will primarily be funded by shifts of spending from traditional content spending budgets, we point to the following data among the globally-oriented U.S.-based media owners.

By contrast, consider the following from some of Europe's largest free-to-air broadcast TV network owners.

It's always possible that a media owner could find ways to drive audience shares up while keeping content spending shares down within a given market. Some inexpensive programming will always have a chance to outperform, but, on average, this won't likely be true. When popular lower-cost viewing gets renewed, it will likely become popular higher-cost viewing.

Arguably, whether spending is directed to a streaming service or a traditional broadcast property is somewhat irrelevant; it's the total amount of spending on quality content that matters./b> Netflix, Disney and others are demonstrating that consumers will likely find a way to get access to content if it is good enough to pay for. As the Oprah interview showed, there is content that can still generate a large audience. The problem many traditional TV network owners worldwide face is that if the global media giants are increasingly responsible for massive shares of spending on content within individual countries, they will likely take viewing share that is somewhat in proportion to those levels of spend. As a result, non-U.S.-based traditional TV network owners who want to sustain their current audience shares need to be prepared to substantially increase their overall commitments to content and be prepared to expand to international markets more than they are planning on presently.

The OECD upgraded their expectations for global economic growth in 2021 to a significant degree this past week.With the release of a new report this week, the Organization for Economic Co-operation and Development, an intergovernmental organization, now expects 5.6% real growth in GDP during 2021 versus 4.2% previously. This year's growth would occur off of what they estimate was a 3.4% decline in 2020. Their prior forecast for 2020 called for a 4.2% decline, so the improved growth is off an improved base as well. For reference, the International Monetary Fund's January forecast called for 5.5% growth in 2021, while the World Bank's January forecast was more conservative and closer to the OECD's December estimate at that time, with a 4.0% gain expected for this year. Expectations for the U.S. were meaningfully upgraded to 6.5% growth from 3.3% previously and ahead of the IMF's January expectation for 5.1% growth this year.

The OECD notes that containment measures are having a smaller adverse economic effect now versus earlier in the pandemic in most markets.The report shows that industrial activity in the OECD countries that essentially matched December 2019 levels by December 2020 and, at the same time, global air freight, merchandise trade and container port traffic was also back to the prior year's levels. Of particular relevance to marketers, the report points to stimulus measures in the U.S. as a factor and, toward those ends, a $1.9 trillion stimulus bill became law this week. While consumers have clearly been saving at high levels, they collectively maintain substantial capacity to spend on products.

At the same time, the OECD also highlights the divergence between countries.Despite a relatively limited toll from the pandemic in Japan, for example, growth is expected to amount to only 2.7% there this year, off a 4.8% decline last year. Similarly, Germany is only expected to grow by 3.0% this year, off a 5.3% decline last year. Many countries still won't be back to 2019 levels until 2023 or beyond, not least because the distribution of vaccines won't be widespread until that point in time for many parts of the world.

Support from governments has been critical during the pandemic and will likely remain so for some time.The report goes on to state that "strong and timely fiscal support since the onset of the pandemic has played a vital role in supporting incomes and preserving jobs and businesses. A premature and abrupt withdrawal of support, as in the aftermath of the global financial crisis, should be avoided while economies are still fragile, and growth remains hampered by containment measures and a slow pace of vaccinations." It also advocates that "accommodative monetary policies need to be maintained in the major advanced economies, as currently planned, to help preserve favorable financing conditions and low long-term interest rates." The report further argues that "enhanced structural reform efforts are required in all countries to raise opportunities for displaced workers, improve economic dynamism, and foster resource reallocation toward sectors and activities that strengthen growth, improve resilience and contribute to environmental sustainability." Toward those ends, "strong income support for poorer households helps to make the recovery more inclusive and support demand, given their high marginal propensity to spend."

The report essentially lays out conditions that should result in a very favorable 2021 for most of the marketing industry.For higher-end product categories, consumers who saved money during the pandemic may be predisposed to draw down their bank accounts as confidence around normalcy returns. In categories with broad appeal, at least to the extent that fiscal policies or returning jobs provide support to lower-income consumers, related products could have a good year as well and build on a solid overall 2020. None of this necessarily should cause one to anticipate faster-than-previously-forecast advertising growth this year, as many of these elements were contemplated previously; however, the incremental confidence projected by the forecast nonetheless captures the reality that conditions are generally improving for much of the world at present.