GroupM's Merger of Essence and MediaCom: More Than Meets the Eye? 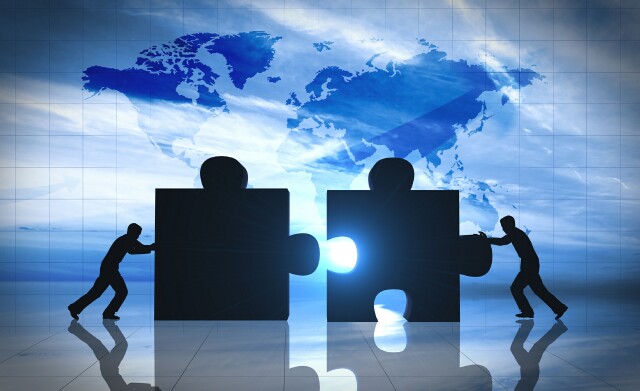 GroupM has announced that Essence and MediaCom are joining forces to form a new media agency. EssenceMediaCom is a bit of a mouthful, not to mention a challenge to users of random capital letters, but no doubt the new agency will soon have a shorter nickname -- EM, EssenceofMedia or given the end goal of strengthening MediaCom, E=MC2.

There is a logic behind this -- although maybe it's not quite the game-changer that the trade press here sees it as being. Gideon Spanier in Campaign called it "... one of the most significant moves in the media agency sector in five years and probably much longer."

The logic is that brands are unquestionably looking to plan across brand-building and performance activities. Many traditional media agencies are great at the former and frankly not that great at the latter. Working consistently across the two is a challenge.

Essence is without doubt a strong performance media agency. Of course, that's not all the agency does, but that is at its heart. MediaCom on the other hand is … well, big. It's actually rather hard to summarize what sets the agency apart from other similarly big competitors.

The other GroupM agencies seem more differentiated. Mindshare has always been good at complicated international clients. That's the business' heritage; the agency did after all emerge from two strong full-service network agencies in JWT and Ogilvy.

Wavemaker (the agency formally known as MEC) has always been strong on total comms and integrated messaging. Back in the day the then-MEC was one of my first clients when I set up BJ&A, with a brief to advise on how they might differentiate the agency from its larger sibling Mindshare.

Wavemaker has found its niche, has put smart tools in place and does what it does well. So, on one level putting Essence and MediaCom together certainly creates a difference. On another level a cynic (good day to you) might argue that WPP and GroupM have worked out that they really don't need four agency networks. After all, two or three seems to be quite sufficient for the competition. And they've been here before with Maxus.

Why not close one via a merger, save costs, dress it all up as a brilliant scheme to deliver performance and brand skills in the same shop and trumpet something about meeting client needs?

What strikes me as odd is that presumably Mindshare and Wavemaker clients have the same need to balance brand and performance. Are these two better at this than MediaCom and thus able to cope on their own without the need to call on Essence?

And if that's not the case, what are they supposed to do now? Essence is no more as a standalone unit and is thus presumably unavailable.

Maybe Mindshare and Wavemaker have managed to develop these performance skills themselves in-house. If so, then how come MediaCom hasn't been able to do so?

Given that GroupM units have traditionally fought like rats in a sack for their own independence over their siblings it doesn't sound terribly likely that there's suddenly been an outbreak of peace and love between Essence and MediaCom.

I buy the client need -- but this merger doesn't feel to me like it's all about meeting client needs. It looks more like a cost-saving venture dressed up as something more noble.

Surely Essence could have carved out its own niche, which it then offered in various hues to all three GroupM siblings. Wouldn't an Essence-Inside model share expertise, tools and so on amongst all three traditional media agencies within the GroupM family?

Wouldn't all three have been strengthened to the greater benefit of GroupM / WPP?

The merger of Essence and MediaCom has been beautifully packaged and sold. The idea has been bought hook line and sinker by the press, but I can't help thinking that there's more to it than meets the eye.

But then this is the COG Blog -- Cynical Old Git.