Has "Digital/Social" Become the Dollar Menu of the Advertising World? 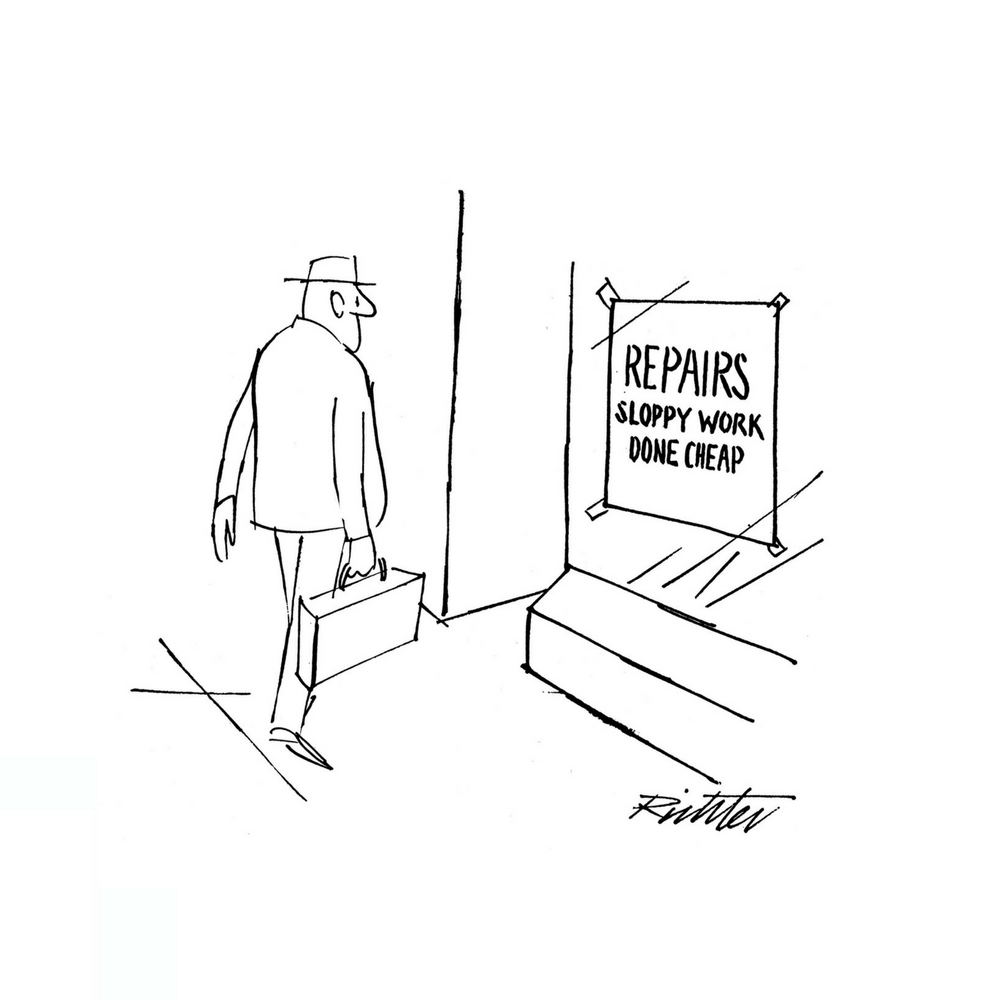 The new McDonald's Dollar Menu, which includes a sausage burrito for $1, a Bacon McDouble at $2 and the Classic Chicken Sandwich for $3 is designed to boost same-store sales.  While this represents the company's best shot at traffic increases for 2018, the chain will need more than $1-$2-$3 discounted items to maintain margins and stock market price.  Wendy's and Taco Bell have responded with their own discounts, and the prospect of an industry price war looms.

The changes in industry scopes of work over the decades is staggering.  Back in 1992, when I completed my first ad agency office diagnostic, my client completed 385 briefs with 52 creatives, 75 client service folks and about 30 production people.  The work was 100% above-the-line TV, print and radio.  Nearly all the work was "origination," or original creative work, rather than "adaptations" based on previously completed originations.  The average deliverable was worth several hundreds of thousands of dollars in income.

Each creative completed (on average) 7.4 deliverables across the mix of media.  Hmmm, I thought at the time.  That's more than David Ogilvy wrote about in Ogilvy on Advertising (1983), where he said, "The average copywriter gets only three commercials a year on air."  Ogilvy complained about how long it took to do creative work.  "The process of producing advertising campaigns moves at a snail's pace," he grumbled.  "The average time it takes them to produce a campaign is 117 days."  That's because there was a lot of thinking, there were a lot of ideas being developed by multiple creative teams and there was a lot of rework to get the ad exactly right.  BBDO called this "the work, the work, the work" and they were proud of the process to whittle down creative ideas and turn the best ones into award-winning ads.

Let's fast-forward to 2018, where I recently diagnosed an ad agency office of similar size.  The office came from the same "traditional advertising" background, but like most traditional agencies it had diversified into digital/social advertising.  It had about the same headcount as my original client, with 52 creatives, 52 client service folks, eight strategic planners and 18 production people.  (Note the lower proportion of client service and production people in this mix.  There's a story behind this, but not for today.)

Instead of 385 deliverables, though, this office completed 14,750 deliverables in 2017.  Do the math.  That's 284 deliverables per creative per year, or roughly one per day for every working day of the year.

Is this a good thing or a bad thing?  One thing is sure, each deliverable today is tiny compared to the deliverables of 1992.  The average creative is grinding out huge quantities of tactical print, social and digital deliverables.  There's not a lot of time for thinking or strategizing; everyone is busy executing.  Strategic thinking is completed by only a few thinkers in the office, and the total amount of agency time spent in strategizing is small, indeed.  The agency executes adaptations of locally generated originations.  Sixty-two percent of the deliverables are adaptations of low creative complexity.  Fifty-two percent of the office's income is associated with adaptations.  The average deliverable, if sold by the piece, would generate only $600 in income.

If creatives were French chefs during the commission days, they're more like burger-flippers today.

This is not their fault. Clients are experimenting with digital/social in a quest to find something that works.  They do much of the strategizing themselves, and they ask their "best in class" agencies to execute, not strategize.  Their agencies will take whatever crumbs are offered.  Fees are in short supply, and relationships are short and uncertain.

Much of this current work could be done, arguably, by production houses or even client in-house agencies, but not without reducing the office by at least 50% in size, including headcounts and overheads.  What would be left?  Clearly, the office will cling to the work it has and try to move "upstream" to carry out more strategic work for its clients.  This won't happen, though, until senior executives make a commitment to move the mix "upstream."

It's a terrible situation, and if David Ogilvy were alive to see it, he'd stop complaining about how long it takes to get creative work done.  He was enough of a snob to appreciate a good French meal and a fine glass of claret, and he wouldn't have bought a burger from a Dollar Menu if his life depended on it.