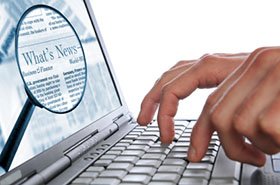 Tough Love with Hilary Farr, starring popular interior designer Hilary Farr as she helps families improve their lives and homes with straight talk and no-nonsense advice, garnered a .53 live plus three-day rating among P25-54 and a .73 L3 rating among W25-54 in the Monday, 9-10 p.m. time slot during its debut season. The series, which attracted more than 16.1 million viewers since its Dec. 20 premiere, showed double digit ratings gains of 19 percent and 37 percent respectively over the prior six weeks.

"Hilary is a brilliant designer with millions of fans who know she never disappoints, so they couldn't wait to see her with gloves off in Tough Love with Hilary Farr," said Jane Latman, president, HGTV & Streaming Home Content, Discovery, Inc. "Hilary's new series deconstructs her creative design process and plays up her caring, humorous side which has big viewer appeal."

During the series, Hilary, using her signature wit, banishes families' indecision and helps them maximize their homes to better suit their needs. As a mom, business owner and life partner, Hilary draws inspiration from her extensive design experience, as well as her own life lessons, to develop creative solutions to get families' lives back on track. The full first season is now available to stream on discovery+.

Tough Love with Hilary Farr is produced by Balthazar Entertainment.