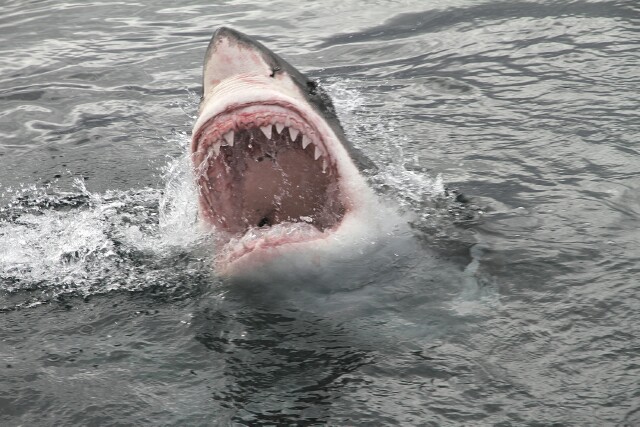 People worried the movie was going to bomb. Steven Spielberg, then a 27-year-old on his second directing job, insisted on making Jaws on location in the Atlantic Ocean off Martha's Vineyard. But the salt water damaged the four mechanical sharks devised for the movie, and they barely worked. Production stretched from a planned 55 days to an eventual 159 days. Cost overruns brought his budget from $3.5 million to about $10 million. The producers who'd initially bought the rights to Peter Benchley's best-selling thriller said they wouldn't have done it if they'd read the book a second time -- they were so caught up in the excitement they hadn't realized how hard it would be to film.

But when it was released on June 20, 1975 -- 47 years ago this month -- Jaws instead became a wild success and a legendary blockbuster. Ultimately, it irrevocably changed both moviemaking and summertime in America. It's even in the Guinness Book of World Records as the first summer blockbuster.

The recipe for the success of Jaws starts with Benchley's novel, a suspenseful potboiler that became a runaway hit in 1974 and spent 44 weeks on the best seller lists. Two producers at Universal had read the book before publication and snapped up the rights; Spielberg, who'd worked with them on his first feature, The Sugarland Express, saw the book in their office and asked to direct. Thinking the novice director would bring a fresh perspective, they persuaded the studio to sign him on.

It was Spielberg's masterful touch that turned Jaws into the classic it is today. Before Jaws, there were serious films, and there were throwaway entertainments. Shark attacks were the kind of thing left to pulpy B movies. It was Spielberg's innovation to bring his essentially sunny outlook and serious chops to what otherwise could have been a throwaway project. He stripped out most of Benchley's subplots, and he developed the archetype of a crowd-pleasing blockbuster: ordinary people forced to take extraordinary action in the face of tremendous evil.

But ultimately what made it the first blockbuster was its marketing. Before Jaws, summer was seen as a time for throwaway movies, when only kids were going to theaters. And the standard model for debuting a big movie before Jaws was a staged release: first in a handful of theaters in big cities, then in more theaters in midsize cities, along the way building word of mouth and finally bringing the picture to theaters around the country.

When The Godfather opened in 1972, it spent its first week in only five theaters. Jaws opened in more than 400.

Jaws was also the first film to have a major pre-premiere marketing blitz behind that wide release. Universal spent $2 million on advertising the film, much of it on 30-second TV ads aired in national prime-time slots. There were talk show appearances, marketing tie-ins and a renewed push for book sales, refreshed with the movie poster on its cover. In many ways, it paved the way for the marketing juggernaut that would be Star Wars, released just shy of two years later.

More than that, though, it set the stage for what big movies would feel like for the next half-century. So much of what we see in today's blockbusters -- even the superhero franchises and blow-'em-up action flicks -- started with Jaws: The simple, high-concept premise, the everyman protagonist, the getting-the-team-together, the signature one-liners, the unambiguously happy ending, even the memorable, hummable theme song.