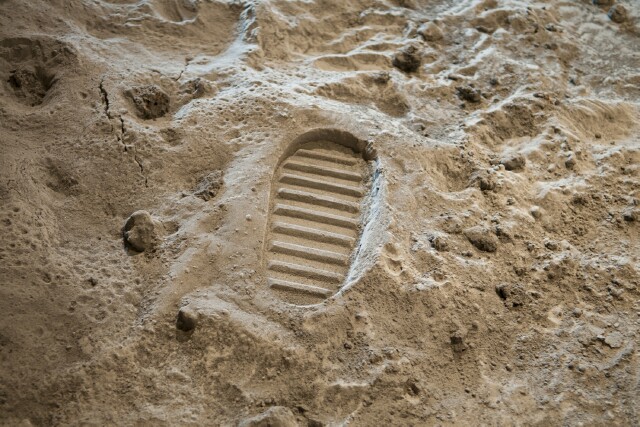 Fifty-three years ago today -- July 20, 1969 -- at a few minutes before 11 p.m. Eastern time, Neil Armstrong and Edwin "Buzz" Aldrin stepped off the landing module Eagle and onto the lunar surface, becoming the first human beings to walk on the moon. It was, as Armstrong famously said, "One small step for a man, one giant leap for mankind." It was also one of the biggest television events in history.

They were both proved right.

In the United States, all three networks -- and there were only three networks then -- devoted continuous live coverage to the mission, the landing and the astronauts' safe return. Some 94 percent of U.S. televisions in use during that period were tuned in to the landing. Worldwide, more than 600 million people in every country -- except the Soviet Union and China -- watched the moon landing live. It would remain the most watched television event until 1981, when Prince Charles married Diana Spencer.

As much as the Apollo program that brought humans to the moon was a remarkable feat of engineering, television's ability to show the world live pictures of that first moonwalk was a remarkable feat of technology. The three American networks spent $13 million to cover the mission, or about $103 million in today's dollars. And that's not including the money NASA spent to make sure its space triumph was also a television triumph.

The landing module was equipped with a specially made Westinghouse TV camera that was covered in a protective blanket. The signal was beamed to Houston and then instantaneously disseminated via satellites, microwaves and cables to TV stations around the world. Viewers at home watched Armstrong and Aldrin make those small steps in near real-time, with only a 1.25- second delay.

That was groundbreaking. Until that time, most remote television segments were shot on film, which would then have to be processed and shipped to the studio to be broadcast several days later. The moon landing was the most significant early use of satellite technology to transmit a live event. (The first live transatlantic broadcast had occurred in 1962; and in 1967, a satellite broadcast allowed 300 people around the world to watch live as the Beatles performed "All You Need Is Love" at Abbey Road Studios.)

NASA had long been invested in turning astronauts into near-mythic figures. The networks were only too happy to join in the excitement. CBS engaged former astronaut Wally Schirra to join Cronkite in the studio where the legendary anchor was on-air for 27 of the 30 hours of coverage. NBC built a full-scale replica of the lunar module to explain how Armstrong and Aldrin would handle the operation. And at ABC, sci-fi novelist Isaac Asimov chatted with Twilight Zone creator Rod Serling, and Duke Ellington performed an original composition, "Moon Maiden." (The BBC was cheekier, playing David Bowie's "Space Oddity" over footage from the moon.)

But it wasn't just the accomplishments that made the lunar landing such a compelling TV event. It was also the story: President John F. Kennedy's famous 1961 vow to land a man on the moon and return him safely to earth; the buildup of earlier Apollo missions, each testing equipment and processes in advance of the Apollo 11 success; even the knowledge that the triumph the world was watching on live TV could very easily turn to tragedy. "In television terms," a critic for The Los Angeles Times wrote on the 50th anniversary, "it was both episodic and long-arc."

And at the center of it was a humbling human accomplishment. "Man on the moon -- aw, gee," was all Cronkite could say as Armstrong took those first steps. "Whew, boy."