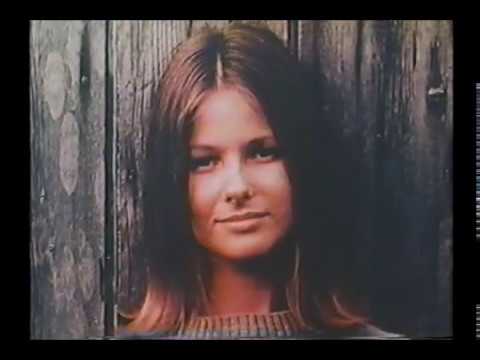 That’s been Coca-Cola’s slogan for so long, through so many different campaigns and taglines, and it feels so intrinsic to the Coke brand that it’s hard to imagine there was ever a time when the 134-year-old soft drink wasn’t known as "the Real Thing."

But there was. "It’s the Real Thing" was invented in the late 1960s by McCann Erickson and the brand studio Lippincott as part of a full branding overhaul that codified the iconic red and white color scheme and the swooping ribbon that echoes the classic contoured Coke bottle. Launched alongside that instantly recognizable first global branding system, the "It's the Real Thing" campaign debuted in the fall of 1969 with magazine ads placed in October issues.

Other slogans had preceded this. "Thirst Knows No Season," introduced in 1921, helped transition Coca-Cola from a summer novelty to a drink consumed year-round. "The Pause That Refreshes" was perhaps Coke's best-known slogan in the early 20th century. In the 1950s, there was "Sign of Good Taste." And in 1963, "Things Go Better with Coke" even included popular musical acts like The Supremes, Aretha Franklin, Roy Orbison and others to sing the jingle.

"It’s the Real Thing" launched into the firmament of the late 1960s. According to Ira C. Herbert, a legendary Coke exec (and a McCann alum) who supervised the creation of this campaign and later served as president of Coca-Cola USA, the new slogan "respond[ed] to research which shows that young people seek the real, the original and the natural as an escape from phoniness." The slogan positioned Coke as something authentic during a time when Americans were searching for just that.

As the 1970s began, "It’s the Real Thing" was ubiquitous and featured close-ups of authentic Americana. They weren’t exactly real people, but the look was "real." TV ads took a similar approach, often including attractive young people — even some from diverse backgrounds — enjoying Coke. As with the "Things Go Better with Coke" campaign, pop musicians, including James Brown, recorded the "It’s the Real Thing" jingle in their own signature style for radio spots.

The apex of "It's the Real Thing" came in 1971 when Coca-Cola released a TV commercial most often referred to as "Hilltop," featuring a truly multicultural array of young people standing in the green grass on a beautiful day and singing that they’d like to buy the world a Coke. Its oft-repeated line — "What the world wants today/Is the real thing" — was, in many ways, the perfect distillation of the messaging that was focused on youth and real people. (McCann made the ad, not Sterling Cooper & Partners, despite Don Draper’s epiphany.)

As the story goes, "Hilltop" was conceived when Bill Backer, a McCann creative director on the Coke account, had his flight to London diverted by fog. Stranded along with other globe-trotting businessmen and jet-setters at the tiny airport in Shannon, Ireland, he noticed that everyone who had been so testy in the evening had relaxed by morning as they sat around, shared stories and sipped from bottles of Coke. The globally beloved soft drink was bringing all these people together! When Backer (who’d also written "Things Go Better with Coke") finally got to London, he showed his songwriting colleagues what he’d scribbled on a napkin: "I’d like to buy the world a Coke and keep it company." They quickly wrote and released a song, and soon thereafter, shot the iconic ad.

More than that, the slogan continues to serve its basic function: to position Coke as the true, authentic original. Pepsi-Cola is only a handful of years younger than Coke — but, irrevocably, it’s not the real thing.