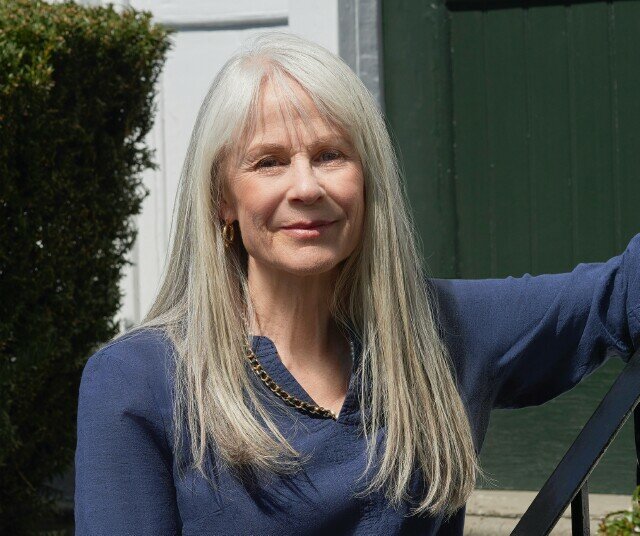 Actress Glynnis O'Connor was a very familiar face to those of us who grew up in the '70s. In addition to her many episodic TV roles, she starred in some of the decade's seminal (and beloved) big screen and television movies, including Jeremy, Ode to Billy Joe (both opposite Robby Benson), Someone I Touched (opposite Cloris Leachman) and a personal favorite of many, The Boy In the Plastic Bubble (opposite John Travolta). O'Connor was a pioneer in the TV movie genre, so her pairing with Hallmark Channel for the premiere of Sand Dollar Cove this weekend is the perfect reminder that after the year we have all just experienced, all is becoming right in the world. "It was very refreshing to be on a set with people first, but also to be in such a sweet story," O'Connor said during an exclusive interview with MediaVillage. "It was really, really, lovely to come out of this horrendous year and straight into this lovely environment."

The film marks O'Connor's first work with Hallmark since the 1998 Hallmark Hall of Fame film Saint Maybe, and she is delighted to be back. "That was such a wonderful experience, and everything worked out perfectly for this new one," she recalled. "We shot it in an area of Connecticut where I happened to be using a friend's house by this beautiful peninsula. So, I got to stay in my own place, in this beautiful location, with all these wonderful people doing a summer movie. Too bad, the New England weather in April wasn't as accommodating, as we were all in summer wardrobe and it got cold." 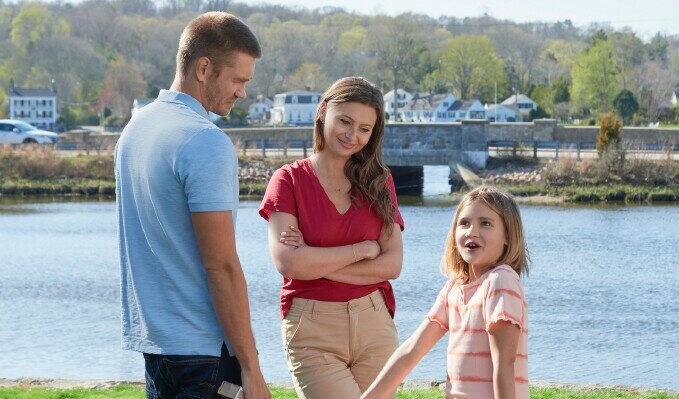 Sand Dollar Cove tells the story of real estate development project manager Elli (Aly Michalka), who is sent to acquire the beachfront property of Sand Dollar Cove for a new resort. Her obstacle is Brody (Chad Michael Murray), who holds the deed to the land and is sentimentally attached to the town's pier, which is in desperate need of repair. As the two iron out the finer points of the deal an attraction forms, and Brody finds himself torn between listening to his grandmother (O'Connor) to move forward with life and holding tight to his deeply entrenched memories.

"I felt it was such a universal story," said O'Connor of the film. "You have a young man who is emerging yet doesn't want to break away. The pier was handed down from his grandfather to his father, and now to him. We absorb family history into our cells, and they lodge there. Our task as humans, especially in our twenties, is to emerge.

"My character does her best, through humor, prodding and wisdom, as she's pretty wise, to free him from that," she continued. "To realize he has to go on with his life, and [this pier] shouldn't be a burden. It should be a gift, one he can own, then do with it whatever he wants. That's what initially attracted me to the film, along with the fact I got to play a grandmother. I've never had the opportunity to do that before!"

Reflecting on her extensive list of credits, dating back to 1973, O'Connor feels blessed to have a career that has provided so much joy to so many. Yet, she's delighted to be where she is today. "All those TV movies and features I did, I was always the ingénue or young woman," she shared. "There were so many films with great parts, and I happened to be lucky to have played them. However, I can't tell you how lovely it is to be playing a grandmother and be the knowledgeable person in the cast who gives advice. I recall sitting with Lily (Jane Chachula) who plays young Millie, and turned nine on the set, chatting about auditions. She asked if I auditioned, I replied, 'Sometimes, unless I am called in because I'm right for a part.' When I mentioned I'd been doing this for almost 50 years, she looked at me as if I was telling a story from Mars. She just couldn't comprehend it! It's nice having experience, so you can kind of relax a little."

Despite those decades of experience, O'Connor tells me watching herself is still problematic, as she's too critical of performances. However, she did revisit The Boy in the Plastic Bubble recently and was pleasantly surprised. "I watched certain scenes and thought, 'that was alright,' then I'd cringe at others wondering why I didn't make [Gina] more rounded?" she said. "But overall, it really holds up. I loved working with John Travolta. He was a doll, and still is."

One of the most enjoyable things for O'Connor in doing Sand Dollar Cove was playing a woman who, like herself, doesn't live in the past. Still, having so many beloved and fondly remembered roles, she often finds herself in a time warp. "I have souvenirs from some of my films," she laughed. "I do keep scripts, and one thing you remember is how things smelled. You remember the feel of the wardrobe, the environment. I will never forget the smell of the dressing rooms at Universal Studios. They were musty, and every once in a while, that smell takes me right back, which is nice as they're almost all really nice memories."

O'Connor is hopeful that more Hallmark movies are in her future. In fact, there's one Hallmark star she'd love to reunite with -- her former co-star Robby Benson. "Oh, maybe Jeremy and Susan could find each other after many years and they're both widowed," she mused in closing. "Robby's a renaissance guy and does everything. When I think about Robby and his talent, it's like, 'Glynnis, give it up!' I'd love to work with him again."

Sand Dollar Cove is telecast Saturday, June 26 at 9 p.m. on Hallmark Channel as a part of their Summer Nights programming event.