How Media Is Empowering Trumpists: A Media Ecologist's View of January 6, 2025 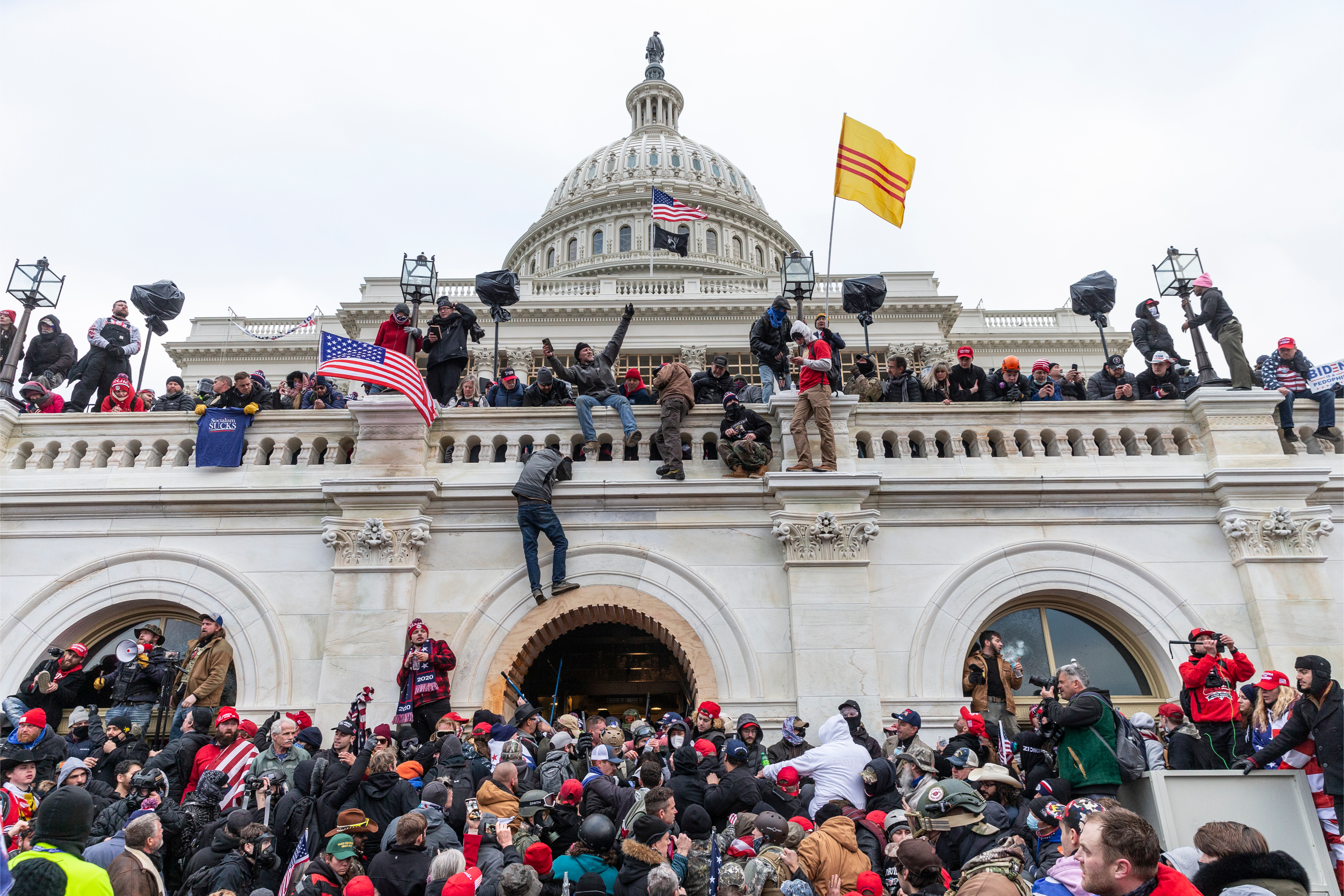 January 6, 2021 was the equivalent of a warning shot over a ship's bow. January 6, 2025 is likely to be the culmination of a non-violent boarding and take-over of the ship -- the ship being Congress and the Electoral College process. As brilliantly outlined by former senior CIA officer Kent Harrington in his In the National Interest columns, media companies need to be held responsible for their contribution to the dismantling of democracy. From my perspective as a media ecologist, the lead story that history lessons are likely to teach is the prominent role of media leading up to, during, and as a postscript to January 6.

Depending on their medium of choice that day Americans and the world were presented with radically divergent stories -– from a "rightful civilian uprising" against socialist forces that were stealing an election to a "radical rebellion" seeking to override 250 years of democratic process. From a "mentally challenged president" supported by zealots leading a coup d'état to a "true savior" leading a rightful brigade of believers pre-destined to save the nation.

Our media culture thrives on this widening gap among a frightened population. The multiplex of media outlets creates chaos that enables, empowers and validates any view, no matter how radical or absurd, that generates ratings and a social following. The media ecosystem, underpinned economically by universal distribution and advertiser support, promotes and reflects the anger, hostility, fear, uncertainty and need for leadership that chaos requires. Yes, Donald Trump gathered the forces and gave them permission to attack the democratic process, but they were prepared, inspired, organized and supported by media companies, social media activism and pundits who continue to amplify his message.

Dr. Neil Postman's Amusing Ourselves to Death: Public Discourse in the Age of Show Business anticipated this reality. Netflix' Don't Look Up, Adam McKay's biting view of media influence, reinforces Postman's and Marshall McLuhan's understanding that the media is not only the message, but also our greatest threat.

Truth and facts are defined by those telling the story. Reliving and litigating the 2020 election and January 6 through Congressional hearings and criminal trials is counter-productive. McLuhan, in his 1989 book The Global Village, wrote that "changes are occurring so rapidly that the rearview mirror does not work anymore -– at jet speed rearview mirrors are not very useful." McLuhan's understanding of media is obviously far more relevant today than 1989 and more compelling today than even 2020.

Congress and the courts may ultimately prove successful in applying some form of justice, but the outcome will not establish a singular January 6 story, a universally accepted historic truth, or one set of facts. Just the opposite. For every action there's a reaction. The reaction to continued attention on January 6 by Congress and the courts is equal attention to views of the political opposition. The media is already presenting multiple perspectives on the "truths" being uncovered by Congress.

While countervailing media voices battle for advertiser-funded ratings and views, future elections and their perceived legitimacy are being contested at the community level with little media coverage. Across the spectrum of left-leaning media, their primary story remains January 6 and the Trump legacy. Right-leaning media, by comparison, are educating their audiences on voter repression and preparation for successfully contesting future elections regardless of facts.

Postman, McLuhan, H.G. Wells, Aldous Huxley and other media ecologists understood that autocratic political forces are most likely to gain control of media during chaotic times and, by extension, control over politics, culture, society and business. Roger Ailes built Fox News on the principles of media ecology, which were further advanced by his disciple Steve Bannon. Trump's rise to power, two decades in the making, was built on Ailes' work.

The use of media to advance propaganda, while simultaneously undermining trust in media, is a proven political formula. While it's unproductive to build a political platform on litigation of January 6, we can look to media ecology as a guide to the future.

In that context, the forces behind Trumpism have been advancing candidates who sustain Trump-like media presence and attention, which requires controversy, "theater" and social media skills. Although there is no clear alternative to Trump as the next Republican standard-bearer, he or she is likely to emerge from the far-right Republican mainstream and, once identified, the party will align behind his or her candidacy.

Camouflaged by continued media coverage of January 6, Trump's followers have focused on state and local elections. With Trumpism maintaining an unassailable foundation of 35% of likely voters, it will not surprise any media ecologist if a third-party centrist presidential candidate (possibly an athlete) emerges to draw votes from both parties and assure the Trump faction can ultimately dictate an electoral college vote.

Those who desire a different outcome in 2024 and on January 6, 2025 must refocus away from the politics of January 6. While Joe Biden proved to be the right Democratic candidate at the right time to defeat Trump, it's unlikely Biden can once again coalesce multiple constituencies plus anti-Trump voters unless Trump is again the candidate (truly unlikely). The 2022 election will be pivotal, but to win in 2024 Democrats must turn to the media ecology playbook.

While no politician has dominated the media as effectively as Trump since FDR (and arguably Ronald Reagan), it's essential that the Democratic Party identify a high profile 2024 nominee with powerful media presence. Ideally, this candidate should be recognized by early 2024. Alternately, if no candidate breaks through in the media, then the party should use the competition among bland candidates to create as much media attention as possible. Whoever is nominated for president and the VP choice must be able to legitimately and powerfully advocate for a platform that directly confronts the far right platform, i.e. pro-women's rights, pro-science, pro-voting rights, defined immigration reform, pro-marijuana, pro-justice reform, aggressive climate change action, college loan relief, free education from 2 to 20 years old, tax reform, etc. Clone the Bernie Sanders campaign without internal party conflict.

This platform will only be as effective as the presidential candidate is in advocating for it through powerful, compelling and controversial media presence.

My media ecology perspective leads me to believe that leader, if one emerges, is already a known and popular celebrity, is actively engaged in political advocacy, has a large and active social media following, and has the personal authority to successfully launch a fight against Roger Ailes' legacy and Mark Zuckerberg's faux neutrality. Your thoughts?