How Technology, Location and Creativity are Defining OOH in 2019 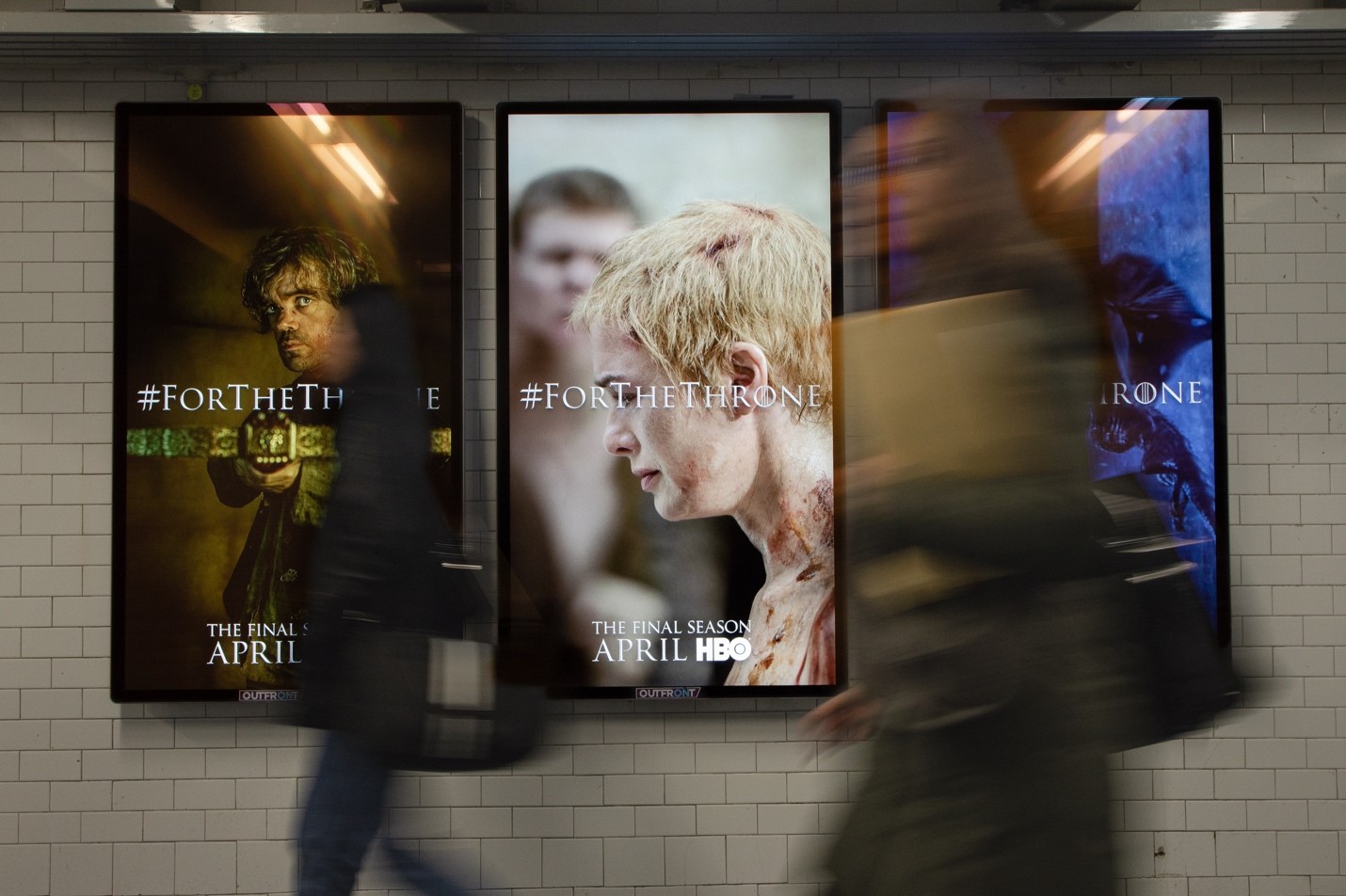 There's often a debate in marketing and advertising.  What is the most essential element to successful campaigns: art or science?

The truth is, neither is more significant.  In fact, the two are intertwined and often referred to as "data-driven creativity."  As a recent article in The Drum describes it, "Data-driven creativity is enabling brands to gather deep insights around their audiences as well as the best channels and ways to reach out to them."  Marketers are using data to inspire their creativity, and advertisers are using that same data to help inform how they target their audiences.

A Great Idea Is Nothing If It's Not Amplified

There's a popular mantra, "content is king."  While it's true that every visionary campaign begins with standout creative, a campaign is only as successful as the technology and location it leverages.  It's not an either/or, creativity versus location, or creativity versus technology.  When all three elements are considered, that's when a brand makes its mark.  It's like the philosophy behind Gestalt's theory:  The whole is greater than the sum of its parts.

For example, omnichannel, fully integrated campaigns drive an 80% higher rate of incremental store visits.  Each component of the campaign is essential to its overall success.  As we saw with Burger King's recent Whopper Detour campaign, the merger of technology, location and creative drove incredible results.

The campaign resulted in over one million downloads of their app in just eight days after offering a Whopper for just one penny through smartphone geotargeting when a customer was within 600 feet of a McDonald's.  The Whopper Detour was an ingenious creative campaign launched by technology, and location was a strategic anchor to activate it.

One of the mediums where we most clearly see the success of TLC is through out-of-home (OOH).  What we've seen with OOH is that it provides the best creative canvas in communication; no medium broadcasts a message louder and can center itself in the exact location of consumer's lives better than OOH. 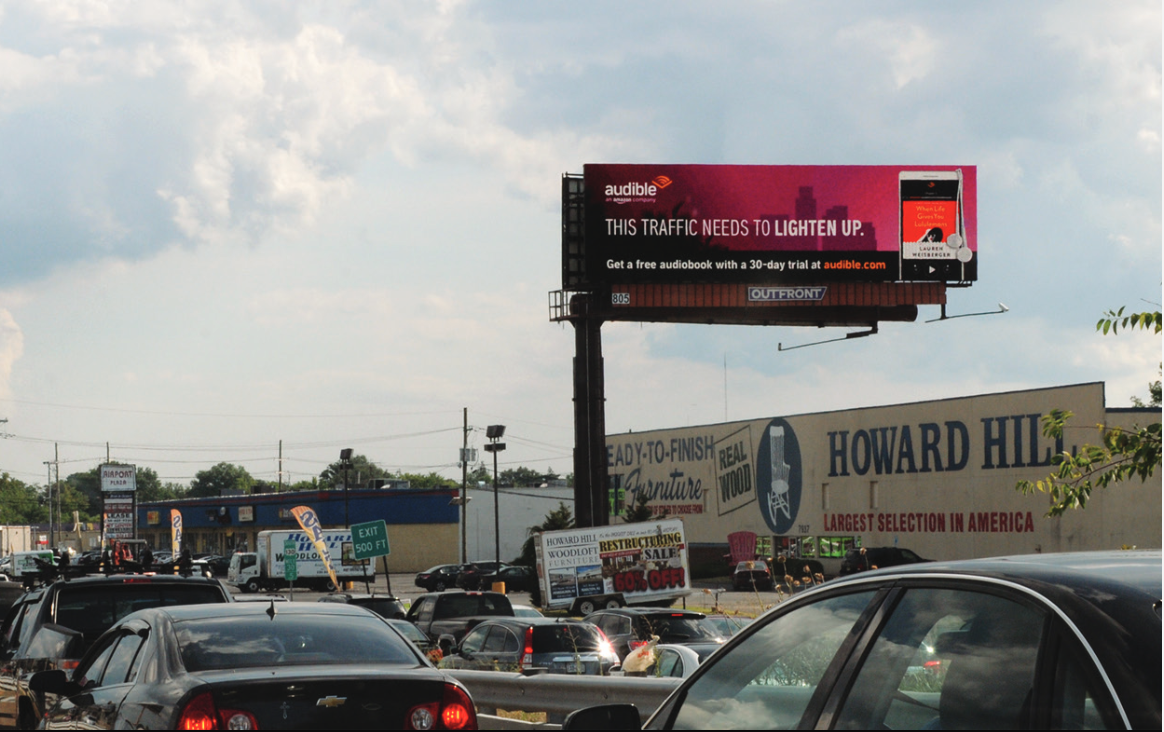 According to Recode, "Digital technology is also driving growth in outdoor ads.  Our mobile phones and digital footprints help create a much more precise picture of where we are and what we're spending.  In turn, ad buyers can better understand the impact of outdoor advertising."

We've seen multiple examples of brands that were able to leverage TLC to not only boost in-store or online traffic, but also connect IRL with multiple different audiences.  Last summer Audible ran OOH ads in Boston, Chicago, New Jersey, New York and Philadelphia.  The billboards (see one above) were strategically placed near thoroughfares commuters used to head out of the city over the weekend.  Different creative campaigns were triggered by contextually relevant weather or traffic, and Audible offered book suggestions to get "unstuck in traffic" or when temperatures rose above 85 degrees, copy related to the "hot" content on their platform.

For the final season of Game of Thrones (GoT), the entertainment franchise employed station domination at Grand Central Subway Station in New York City (pictured at top).  HBO used stills from pivotal plot points during the seven previous seasons of GoT to pique consumer interest and incorporated the hashtag #ForTheThrone in their OOH and social media campaign.  The #ForTheThrone campaign went viral and reached 9.2 million consumers, with 3,996 mentions on social media employing their hashtag.  The success of the campaign showed: TLC cuts deeper than swords!

The dating app Bumble committed (pun intended) to the TLC approach in one of their latest campaigns.  The brand invested in 500 OOH ads -- from billboards and storefronts to Liveboard subway takeovers and double-decker busses.  Then they integrated a #FindThemOnBumble docuseries as part of an outdoor experiential campaign, helping connect their brand to consumers IRL.  Bumble reached 5.5 million people on Twitter and inspired users to share photos of the campaign on their Instagram accounts, achieving true cross-channel success and helping the brand reach new audiences. 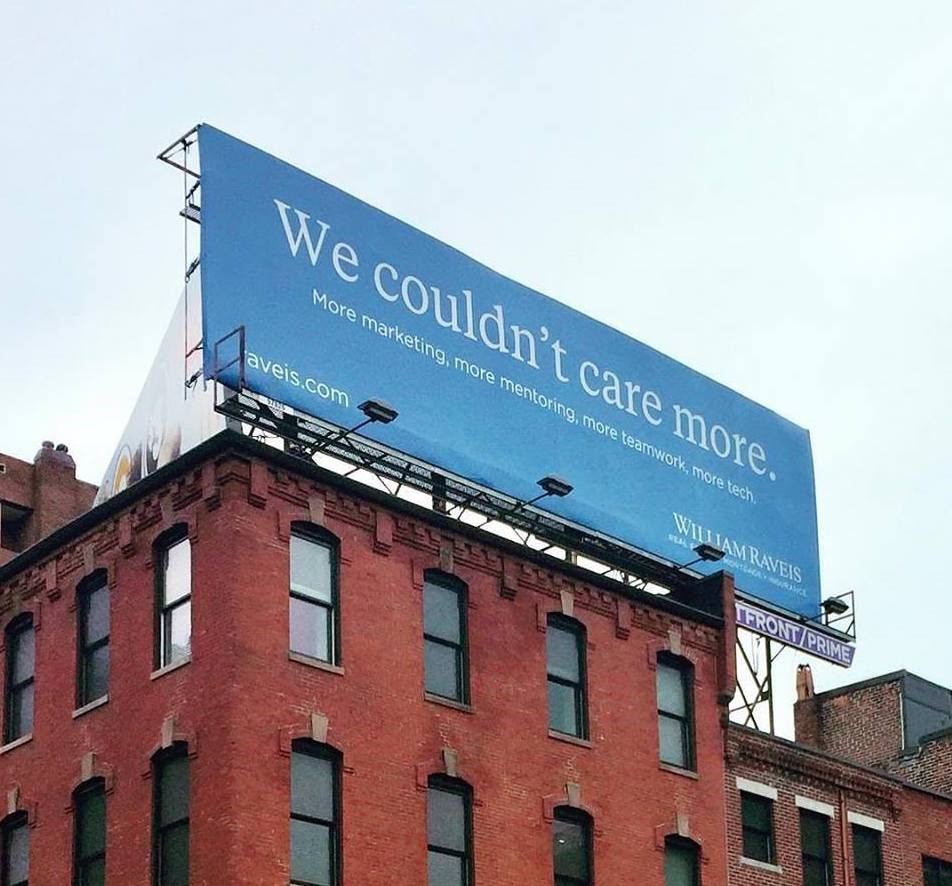 Meanwhile, Raveis Realty ran a hyper-local campaign targeting affluent consumers in a well-heeled section of Boston.  Their ad read "a civilized real estate company" and an executive from the Boston Red Sox saw the billboard regularly on his commute.  Part of his job was to onboard new players and find housing for their families.  This OOH campaign launched an important relationship for the real estate company and delivered Raveis Realty's message to their most desired audience.  The campaign strategically leveraged location and creative, and we're excited to see in the future how technology could help the brand hit it even further out of the park.

In marketing and advertising, neither art or science help brands win audiences.  Instead, TLC fuels all aspects of successful campaigns, and gives marketers and advertisers alike the ability to use data to inform their creative campaigns, geo target consumers and personalize their campaigns to not only deliver memorable messages, but deliver new audiences.

As CMO of Outfront Media, Jodi Senese oversees all aspects of marketing including research, advertising and creative services, and is integral in developing new business strategies for the company. Responsible for leading the rebrand of Outfront, she launche…