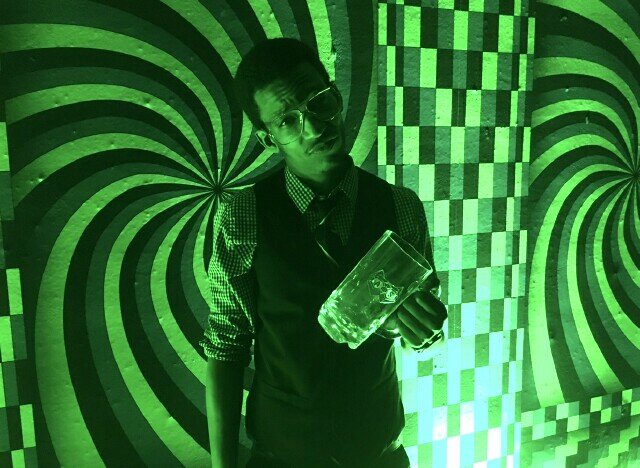 Mental health has always been a critical part of the entertainment business. Like many others, it’s a delicate subject that has not only been exploited and misrepresented for entertainment purposes, but also depicted in a way that shone a healthy light on the reality of some of these situations – both of which offered us all a chance to look beyond the stereotypes that society and “bad TV” had already taught us.

Like countless others in this country (and around the world), I have had my fair share of mental health related experiences. Sometimes it was my own mental health in play; sometimes it was that of a friend or loved one. Having dealt with some forms of depression myself, I can tell you that calling it a struggle would be an understatement. Imagine all the colors you can see becoming less saturated as the world grows grey and cold around you. Imagine wanting to do the simplest of things -- go outside, talk to someone, take a shower -- just for it to feel like it requires ten times the amount of strength you have in your body. Imagine feeling self-conscious about those facts, and the fact that not everyone else is like this.

Thank goodness for TV … which has way more power than we sometimes give it credit for. It has the ability to shape our concept of other people, to shape our ideas about their conditions and personal motives, and most importantly, to educate us all about the things that we may not know enough about. There have been many shows that have really gone out of their way to respectfully depict and bring the proper brand of awareness to this ever-important topic. I'd like to talk about a couple that made an impact on me and helped me to feel less misunderstood.

Early on in my writing career, I was put on to the FX series You’re the Worst, and let me tell you, it was nowhere near the worst. It was quite the opposite in a lot of ways, to be honest. Besides being irreverent, hilarious and plain damn silly at times, it was also heartbreaking, real, honest and even dark when necessary. Created by Stephen Falk (a man who had a heavy hand in both Weeds and Orange is the New Black), You’re the Worst followed two pretty self-destructive people through their entertainingly toxic relationship, and had absolutely no problem leaning into the intricacies of issues like PTSD and clinical depression.

Take Desmin Borges’ character, Edgar, for example. In the show, he’s kind of a goof with a big heart who’s also best friends with Chris Geere’s character, Jimmy (even though Jimmy sucks as a friend most of the time). Edgar’s also an ex-marine suffering from debilitating bouts of PTSD. (Why Borges never received an Emmy nomination for this role is one of the great TV mysteries of our day.) At one point, he ends up smoking weed, which helped him cope with his symptoms way more than the meds provided by the VA, but the problem is the VA offered him other benefits as well, and those bennies would be cut off if he tested positive for marijuana. His choices? Stop taking the one thing that’s been really improving his quality of life, or risk losing all the other support provided him by this government-funded agency.

Meanwhile, Aya Cash’s character, Gretchen, suffers from clinical depression. Having loved ones who have dealt with the same, and having dealt with some forms of depression myself, I can tell you that calling it a struggle would be an understatement. Gretchen, Edgar, even Kether Donohue’s character Lindsay, all have a trait or set of traits that they are ashamed of, or confused by, or ignoring all together, and that’s probably closer to all our respective truths than anything else.

None of us have it all together, and most of us don’t know what to do about it. Shows like You're the Worst depict people around my age, living lives I might live, dealing with things I definitely deal with. For me, that’s what TV is supposed to be about. Entertain me, but also educate me. Show me a world where I’m not alone.

Honestly, I could go on for days, especially given the fact that there are so many shows that, if nothing else, at least try to do mental health issues some justice. Cult classic TV series Community depicted both realistic and ridiculous versions of mental health issues. Danny Pudi’s character, Abed, was always described as being “on the spectrum,” but his actual diagnosis was never really clear. He hallucinated one whole episode as being animated Claymation-style, but by the final season it didn’t appear that whatever condition or conditions he may have had were all that serious, if still present at all.

On United States of Tara, Toni Collette brilliantly played a woman whose struggle with dissociative identity disorder caused her to have multiple personalities who took turns taking over her life from time to time, with or without her permission. USoT was a much more grounded and realistic show than Community, and towards the end of the series and with the support of her husband, the troubled title character ends up seeing some benefits from dedicated professional help (see: potentially long-term outpatient treatment). The severity of her condition as depicted in the series is probably the most unlikely manifestation of her disorder, which is to say, her unfortunate habit of fully switching over into a whole other person at random -- disposition, memories, motives, everything -- would probably come with only the most extreme cases of this condition but, you know that's entertainment.

What I do struggle with is the relative absence of shows tackling mental health issues for people who aren’t white. Sure, Abed is Pakistani, and Edgar’s character was vaguely ethnic as far as I remember, but beyond NBC's emotion-powered This Is Us how often do we see Black people dealing with their mental health issues in an open and honest way? Why have I yet to see any shows really address the fact that Black mental health has been stigmatized by unwarranted shame and a lack of support that has surely been fueling the suicide rates over the past decade.

FX’s Dave is great example of the kind of content we all need more of. When the show's lead, semi-famous white rapper Dave (aka "Lil Dicky") needed a hype man for his burgeoning rap career he chose his newest friend, Gata (played by the rapper's actual hype man of the same name). Turns out the pressure of tour preparation and rehearsals sent him off the edge, so to speak, triggering his bipolar disorder -- a condition Dave and the boys didn’t know he had. They receive him with a completely different tone from that point on, now factoring his previously unknown mental and emotional state into the janky behavior he'd been displaying. They took a step back to understand, then stepped forward to support him.

Obviously, there are current shows like the soon-to-end Pose, This Is Us and the soon-to-return Dave that contain some of the best modern- to semi-modern- day depictions of mental health issues among young adults and people of color, but that doesn’t mean that enough is happening. We can do better. Billy Porter has been giving us his all during this season of Pose, as far as his character Pray Tell’s struggles with depression and addiction go, and I will give him his due in my upcoming piece on Pose’s final season. But the man can’t do it all by himself.

Mental health has to be something that we’re all aware of beyond the month of May. We have to continue to normalize talking about it, accepting it, and learning how to help, because it’s not something that only affects a small group of people. It affects all of us.