How Virtual Reality Helps Us Understand the Reality of Black Lives

By Jeff Minsky From Advocacy to Activism Archives 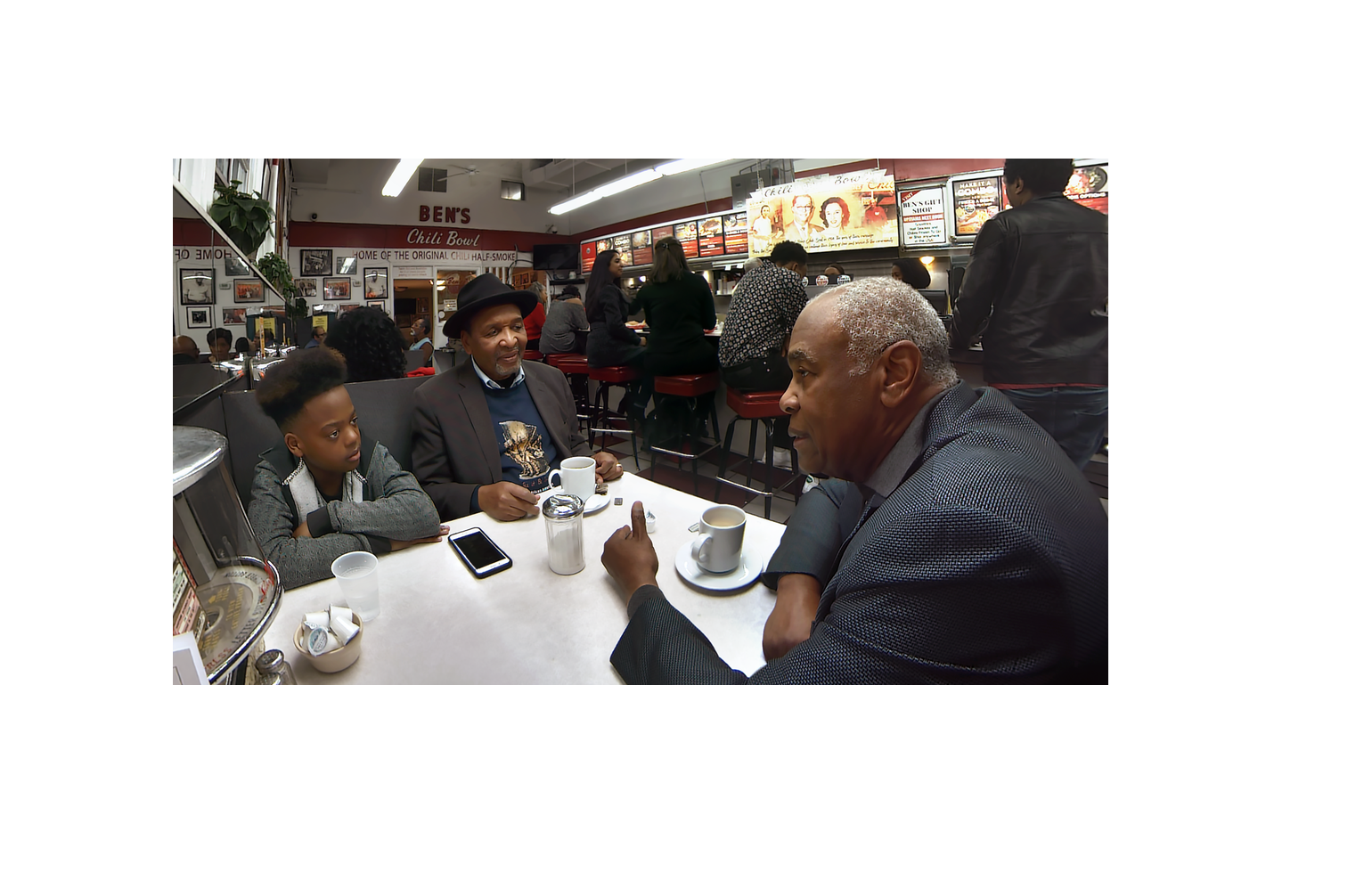 Not the Column I Intended to Write (Part 2). Virtual reality has been called the most empathetic medium ever created. While most media types allow you to be a listener or a viewer, VR can move you from a third-party passive and dispassionate position to a first-person participant in the simulated environment. This allows the media consumer to interact not only with objects, but people, some who are real, some which are programmed bots that come close to passing the Turing test. And if you are in a second-person scenario; not directly engaged; but placed directly in the heart of the scene, there is still something jarringly personal about being so "virtually physically" near to the most intimate and personal conversations.

As I wrote about in Part 1 of this column, the recent events of the murder of George Floyd and the subsequent protests has motivated introspection around racism, bias, and preconceived notions about the "other". I am sure it has done the same to many of you. On the path of that self-exploration, I turned to the virtual world to seek out tools that might help me through this process.

At first, you wouldn't think that a virtual movie theater, avatar-based virtual social environment would be the place to gain enlightenment on the topic. Bigscreen is a bit of a cross between Linden Lab's Second Life and the failed experiment that was PlayStation Home. Like PlayStation Home, everyone who participates in Bigscreen gets their own virtual living room. You can invite friends and strangers in for discussions or viewing parties. You can stream the pre-selected content like movies and live TV through a partnership with PlutoTV, a division of ViacomCBS. Your room can be private or open to the public. Currently, occupancy in each room maxes out at around twelve participants. Each participant is represented by an avatar. Bigscreen also has large movie-theater auditoriums where you can watch trailers, movies or live events, eat virtual popcorn, drink virtual soft-drinks and even toss virtual tomatoes at the screen, or slightly annoyingly at other people in the auditorium. Within the lobbies of these theaters you can meet and engage with people from all over the world. I've actually had great conversations with people from across Europe, the Middle East, and South American as to how they have been handling the pandemic, but that's for a different article.

The week that the protests following George Floyd's murder began, I entered a room labeled "politics". Two of the participants in the room were African Americans. One described his life living in a nice condo near the University of Chicago. He has a good job. Is well educated. Yet, he still fears for his life every time he leaves his apartment and goes out for a drive. Another participant happened to be a police officer from Louisville, KY. The officer condemned the action of the police involved in the Floyd case and spoke about the protests in Louisville that had until that point been peaceful. He did point out that in a nearby town there had been some violence but driven by a group of protestors that had come in from New York.

Other attendees ran the gamut from educated and liberal to less so, each with their own opinion. The discourse was real, honest, eye-opening for all, and most of all respectful. The other insight I can share is that with the immersive environment and the powerful stories that were being told, to an increasing degree as the conversations deepened, I forgot that I was wearing a VR headset and that I and the others were avatars. The experience was human.

Traveling While Black was produced in 2019 by Felix & Paul Studios, an Emmy award winning immersive production house based in Montreal, in collaboration with Oculus, NY Times Op-Docs, and Traveling While Black Inc. It was named one of the top six most significant VR works of 2019 at Sundance by top trend blog, CoolHunting. It is an immersive experience that is available within the Felix & Paul app across several VR headsets. In my case I was using the Oculus Quest.

Ben's Chili Bowl diner (pictured at top) was added to the Negro Motorist Green Book, a guide for African American through the 1960s whose purpose was to give Black travelers a way to understand where they were welcome to eat and sleep in America, in 1958. The diner is still in business today.

I put on my Oculus Quest, launch the Traveling While Black app, and within seconds, I am listening to stories of segregation and discrimination directly from those who experienced it then and continue to experience it now.

Virginia Ali, the founder of Ben's Chili Bowl explains, in a conversation to Therrell Smith, 101 years young, former ballerina, how Ben's became a safe-haven and refuge to the community. "We invited the community in, and we started with the neighborhood young men that thought this was home for them. There were always 8-10 of them that sat in that corner; all from different walks of life from the community, "says Smith.

Suddenly, I am in a booth at the diner, sitting alongside a small group of friends who chronicle their stories of racial discrimination, experiences of restricted movement, and bias that Black men and women have experienced over the decades and still experience today. One woman saying, "They treat dogs better than they treated us back then." I feel so close in the booth, that I move to reposition my arm, just to make sure that I do not bump into anyone. It is a moving and intimate experience; one that only the medium of virtual reality can produce. You are in the moment. You are a direct witness to the testimony of the wronged.

As we continue to mourn the wrongful death of George Floyd, it was heartbreaking to hear the testimony of Samaria Rice who recounted the death of her 12-year-old son, Tamir Rice, in Cleveland. Tamir was playing with a toy gun and was killed by the police in November 2014. While this case is most definitely different and more nuanced than George Floyd's, the callousness shown to Samaria when she arrived on the scene, her pain, her grief is soul-wrenching. What strikes me is that Traveling While Black was released in 2019. Its stories and testimonies go back decades, but unfortunately, are still being added to today.

I have heard throughout these weeks that George Floyd was not a martyr, but a catalyst. For me, that could not be truer. As a Jew, of Hispanic descent, who has experienced his fair share of bias and passive (and sometimes less than passive) anti-Semitism in an industry that I love, I am recommitting myself to ensuring that our industry does better; both internally and to support the overall business efforts to achieve a more diverse view. Will you join me?

But Wait, That's Not All

It cannot be all. The advertising industry has been embarking on diversity initiatives for over a decade. Jack Myers has invested a good portion of his career to engage the marketing industry in the diversity conversation with the Advancing Diversity council and Advancing Diversity Hall of Honors to encourage action. Some of marketing's biggest and brightest participate and the events of the past week will no doubt accelerate their efforts.

There is no doubt that the employees of the agencies have become more diverse. However, these positions are usually in peripheral roles, rarely on center stage: IT, Accounting, HR, or Administrative. There are a few cases where employees in these roles move into a media, creative, or account position. Few cases.

It starts with education and it starts with college. We need an industry-wide investment and effort, supported by the 4As, IAB, and ANA, to commit to creating and active participation in a four - year curriculum for 21st Century advertising. From fundamentals to programmatic to creative to immersive storytelling to account management in the digital age, we need the top leaders across all aspects of the industry to commit both their time and the financial resources to create a program of opportunity that will prepare and empower minority groups for success in the Advertising, Media, and Marketing industries.