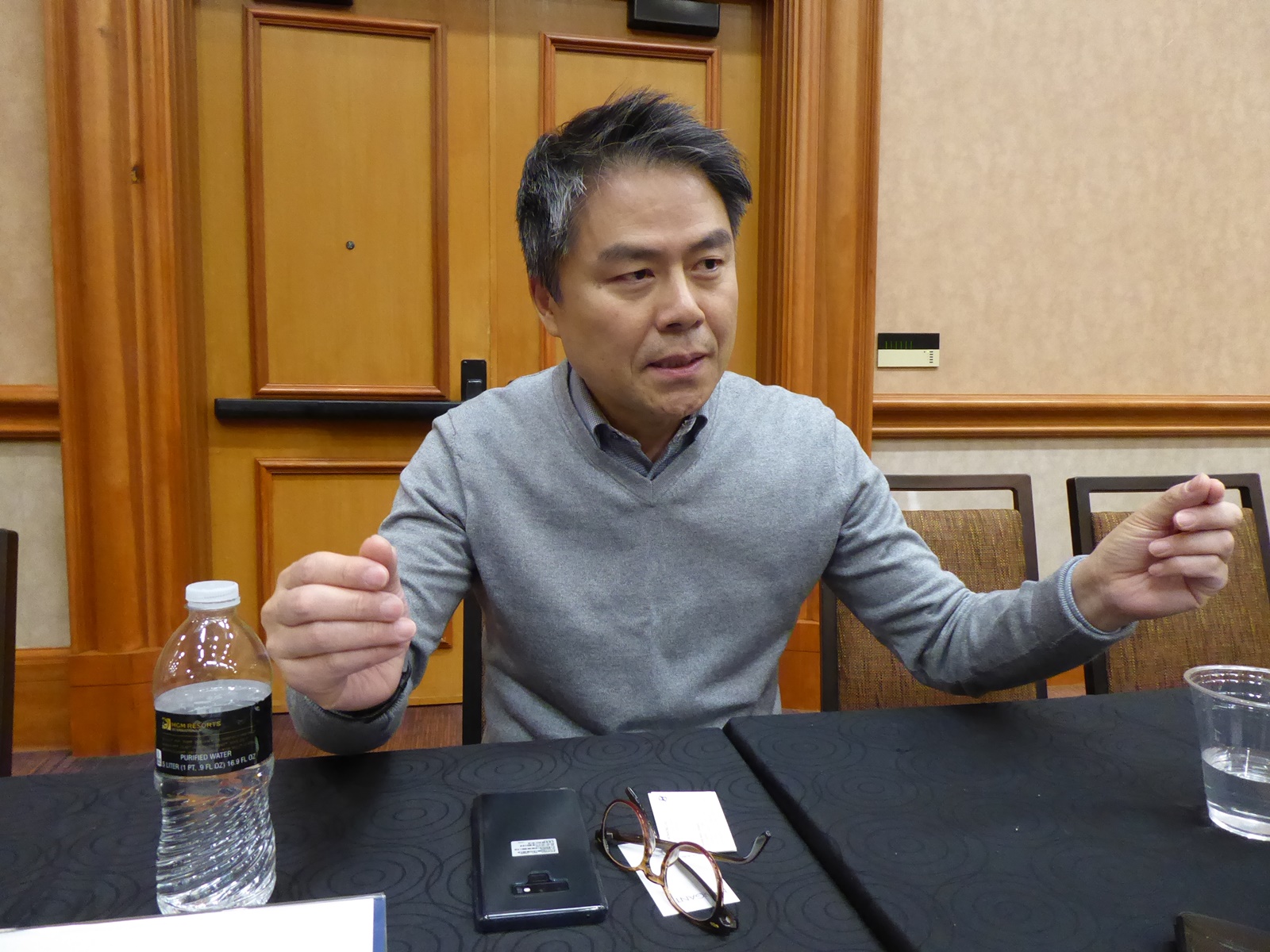 Las Vegas -- At CES, I sat down with Wonhong Cho (pictured above), Executive Vice President of Hyundai's customer and marketing division.  Like most auto marketers, he's living in the present but planning for the future -- and the advent of shared vehicles, which he anticipates between 2030 and 2040.

"There will still be a significant market for private cars then," he told me.  "I think households will have one private car -- likely a luxury model -- and instead of owning another one they'll access shared vehicles.  People store their personal things in the car, and I don't see that changing.  There will be a mix of sharing and owning."

I do hear that a lot from auto marketers, and I see it as a mix of honest prognostication and wishful thinking.  Private ownership is a comfort zone that automakers won't easily give up.  A fully shared world means a completely different auto market.  Manufacturers will become more anonymous; maybe lose branding altogether as they sell their vehicles to fleets.  Hyundai is indeed one of the automakers talking about moving from an auto to a mobility company.

Cho is also following the trend toward buying cars online, citing new automotive players like Google and Uber that are muscling into the automotive space.  "The future will include new players," he asserted.

Will dealerships disappear?  Their numbers are already shrinking.  According to DMV.org, "As the popularity of ridesharing continues to climb and self-driving cars keep gaining speed, the number of customers for car dealers to court will only continue to dwindle -- and many owners have already seen the writing on the wall, choosing to let go of their long-held lots."

Cho notes the decline but sees a continuing place for dealerships.  "There may be fewer sales, but consumers still need to see a face to the brand, a place to go," he said.  "I can't see dealerships going away."

Cho sees subscription services, which let consumers have access to a variety of company models for a set fee, as a growth area.  "It's related to sharing," he explained.  "Subscriptions are still in the infant stage, but people are showing interest in buying minutes, not miles."

Advertising is in flux for automakers, as the viewing audience takes advantage of numerous new opportunities, from Netflix to cable.  "It's a big challenge for us as a global company," Cho said.  "We look closely at how our ads fare after big televised events.  We have limited resources, and we have to figure out the best blend.  We're shifting more of our spend to digital."

In addition, Hyundai is getting creative with its own events.  Last year before the Los Angeles Auto Show it staged a cutting-edge fashion show and invited "digital media influencers."  Cho thinks it was a success.  "Some of the influencers have millions of followers.  They got to know our brand.  It helps us share our story, our brand."

Speaking of events, Hyundai has signed on Billboard-charting K-pop boy band BTS (a/k/a the Bangtan Boys) as global brand emissaries.  If you don't know them, your kids probably do.  That was BTS promoting the new Hyundai Palisade full-sized SUV at the Los Angeles Show last year. "You will be seeing more of them in U.S. media," Cho promised.

In an added note, Albert Biermann, Hyundai Group head of research and development, told MediaVillage that the company is "in catch-up" mode with SUVs in the North American market.  The company was primarily known for great sedans like the Sonata and Elantra, but with 60 percent of U.S. sales going to SUVs (and particularly crossovers) he has had to shift focus.  "We're a little late, but acting accordingly," Biermann said.  That plan will include SUVs from the luxury Genesis division, which so far has released only sedans.  We should be seeing the Genesis GV80 soon.