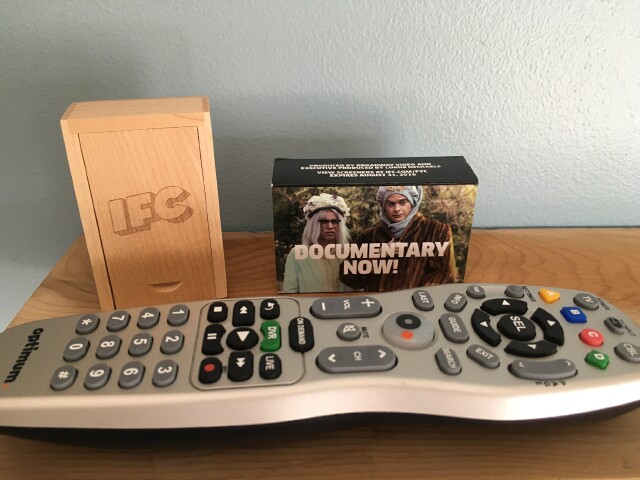 Netflix had everyone talking in May and June when it sent out multiple boxes of DVD screeners to voting members of the Academy of Television Arts & Sciences. Those DVDs contained every episode of every Netflix original series that was eligible for Emmy nominations. Together, the boxes were said to weigh approximately 20 pounds – an unprecedented Emmy campaign effort in terms of volume (and weight). Meanwhile, at the other end of the campaign spectrum, IFC sent out a flash drive in a cute little wooden box containing every episode from the eligibility period of the two series it was most heavily promoting for nominations, Portlandia and Documentary Now! (The humble IFC mailer -- or For Your Consideration kit -- is pictured above next to a TV remote to indicate its size.)

Keeping things modest, IFC also released a tongue-in-cheek video in which “famous fans” of Documentary Now! lamented the fact that it had never been nominated for an Emmy during its rich 50-year history. (The first season of Doc, which debuted last year, was presented as the franchise’s 50th, with Dame Helen Mirren, who introduces every mockumentary at the start of each episode, continually reminding viewers of that historic “fact.”)  Fans in the video included Kate McKinnon, Weird Al Yankovic, Aisha Tyler, Cynthia Nixon (who called the prolonged nomination oversight “a crime against humanity”), Haley Joel Osment, J.K. Simmons, Kumail Nanjiani, Dick Vitale, Brian D’Arcy James and the one and only Susan Lucci (below) who exclaimed, “Fifty years? And I thought I had it bad!” 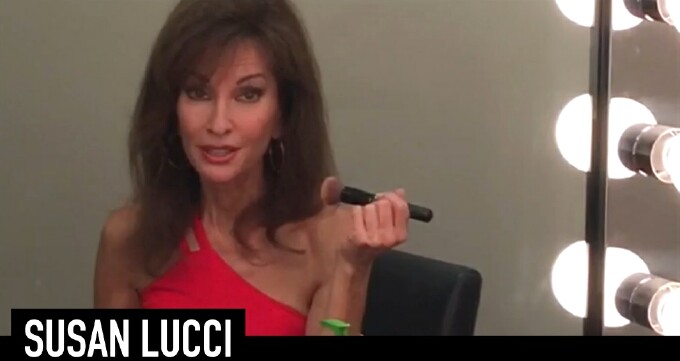 The over-the-top approach certainly yielded an impressive number of Emmy nominations for Netflix – 54 in total (up from 34 the year before) across most of its top shows, including House of Cards, Bloodline, Grace and Frankie, Master of None, Unbreakable Kimmy Schmidt and Making a Murderer.

But, proving that bigger isn’t necessarily better, the two series on the little IFC flash drive were recognized as well: Documentary Now! and Portlandia were both nominated for Outstanding Variety Sketch Series. This is the first time in the network’s history that two of its series are competing in the same category. (Portlandia was also nominated for Outstanding Production Design for a Variety, Nonfiction, Reality or Reality Competition Series and Outstanding Writing for a Variety Series.) It is also, I am told, the first time a network has sent out For Your Consideration screeners on simple flash drives.

"IFC’s slightly off campaign succeeded in getting voters attention in unexpected ways, organizing a celebrity outcry for recognition that spanned the likes of Helen Mirren and Susan Lucci and sending a tiny stash box FYC kit to compete with the weighty landfill specials," said Blake Callaway, IFC's Executive Vice President, Marketing and Digital. "I’d say the approach paid off. It also didn't hurt that we had two Emmy-worthy shows to campaign for."