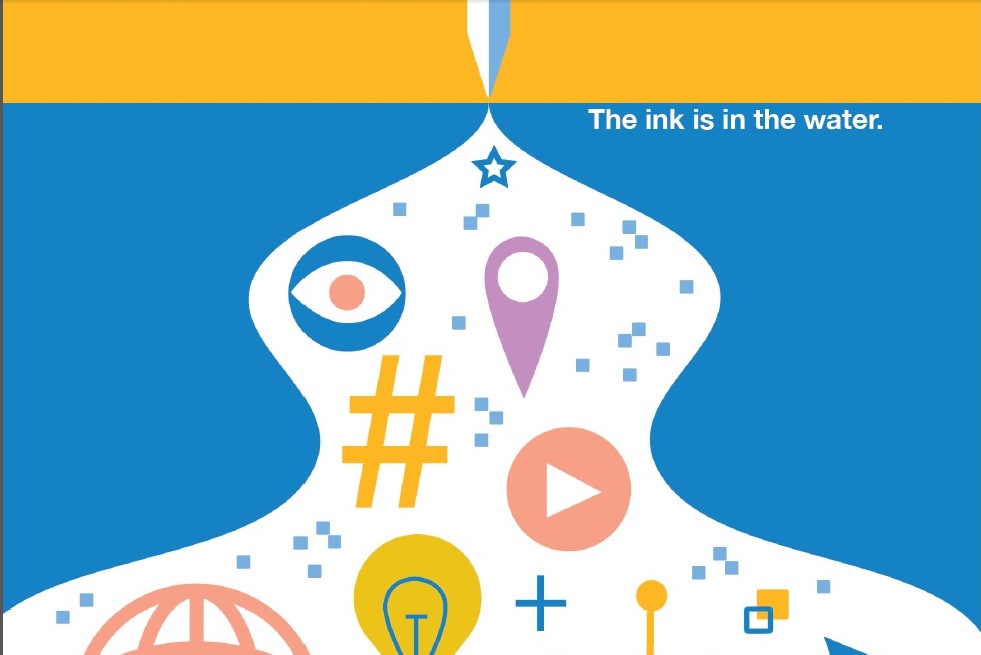 Each year GroupM publishes its overview of the state of digital marketing and its implications for advertisers. In 2017 it's challenging to discriminate digital marketing from allmarketing. Consumers barely separate their digital and analog lives; little media is published in only analog form and enterprises infuse digital processes into every aspect of their organizations. The digital ink is in the water and it's permanent.  Scroll down to download the full white paper from GroupM.

Our Worldwide Media and Marketing Forecast predicts that in 2017 digital's share of ad investment in the faster-growth world will at last have caught up with the developed world, to around 33%. The new and old worlds have contributed an equal tonnage of new digital ad dollars since 2013. If we disregard print, which is negative, then in 2016 we think digital captured 72 cents of every new ad dollar, and TV 21 cents. In 2017 this becomes 77 to 17. We do not consider digital as big as traditional TV yet, with TV's ad share largely stable at 42% in 2016 and 41% in 2017. It rode a five-year 44% peak 2010-2014, and some of the share it appears to have shed since then is an artefact of poor measurement. 10 countries have already witnessed digital overtake TV, with a further five expected in 2017; France, Germany, Ireland, Hong Kong and Taiwan. Digital fuels its growth by recruiting long-tail advertisers and winning share from other media. To this it now adds a serious attempt to win TV's big-brand advertising, an endeavor which will turn as much on digital's quality as on its undoubted quantity.

Last year we were cautious in our estimation of the rate of change and summarized progress as 'the same but more so.' This year we are less cautious and believe that we are seeing changes in underlying technologies in both hardware and software that are advancing us from the Information Age to the Intelligence Age. 2017 is the 10th anniversary of the iPhone and the beginning of a sequence of changes that will have equally profound implications for society and thus for marketers.

Specifically we look at: the rising influence of artificial intelligence, developments in augmented and virtual reality, the competition for video advertising between television and other video providers, the impact of 'relevance' on the trading of media, developments in the application of data to television along with Over the Top solutions, the impact of streaming and on demand audio, the Google / Facebook duopoly, live video, e commerce, privacy, market place integrity and fake news. From all this we draw some broad conclusions.

Despite some new entrants, economic value is coalescing around a very small number of companies in respect of advertising. Perhaps six companies are global or nearly so, three are Chinese and a further handful exist in each of the major markets.  Today's challenge is to win with the winners and to find ways of aggregating value from what's left particularly when the 'minor' participants are still valued by their audiences. The only threat to this new status quo is regulatory and 2017 may be a hugely significant one in terms of privacy regulation. Organically developed challengers will be exceptional and rare.

It would be a mistake, however, to ignore the enduring value of television; audiences remain immense and its communication potential enormous. It would equally be an error to forget that even in 'traditional' media there has always been a dividend for creativity – more people remember – and relevance – more people act.

Descriptions of monopolies and duopolies in either advertising or ecommerce have to be tempered. It's true that Google, Facebook and Amazon are the biggest and most powerful players in their categories but opportunity still abounds for brand builders, direct to consumer and multi-channel retailers in partnership with a broad swathe of digital and analog inventory suppliers.  This applies in all parts of the marketing funnel.

The goal for marketers has always been to outperform their competitors at every touchpoint of communication and distribution. Nothing has changed except the exponential complexity of the platforms and enterprises and their multi-functional nature. You can sell goods from a magazine app, you can execute customer service on a social network, you can buy advertising inventory from a retailer.  One a single platform you can advertise, sell, fulfill the order, and deliver customer service. A single piece of content, or more accurately, intellectual property, can be watched in linear form or on demand, as a show, a still, a clip or a multi-hour binge and multiply reconfigured for multiple platforms. The complexity is compounded by abundant, even excessive, data, complex measurement and attribution challenges and new creative challenges.

Around a decade ago the industry was swept along by the apparently new idea of media that was paid, owned or earned. At a time of high visitation to brand/corporate web sites and then brand Facebook pages, the construct was legitimate. Two simple formulations prevailed.

Now, of course, brand web sites are largely becalmed and the organic dividend of the Facebook 'like' has been diminished.

Only the exceptional survive in any useful form and it's certainly true to say that exposure you earn is largely a function of the media you own. This means that advertisers have to deliver an exceptionally high degree of usefulness to their audience and in owned media that means telling them something they did not know (how to apply a great make up look or paint a window frame). It means building apps and digital destinations that allow the user to choose, find, buy or book. It means creating content with a clear understanding of the value it creates and the likelihood of it leading to a share or a recommendation.

All of these are a function of some combination of expertise, well integrated systems, outstanding service and creativity. The objective of these efforts has changed also. Of course sales and lifetime value sit at the top of the hierarchy of marketing but close behind is the gathering of high quality data. High quality data is data that helps you acquire the customer you don't know and to better understand the customer you do know.

To succeed advertisers need to understand and deploy a marketing tech stack which holds the data on the known customer and which enables the activation of that data to the greatest effect. As usual this creates a divide, the more direct the customer relationships, the more easily acquirable and applicable the data. Increased efficiency is relative and even the most 'data poor' advertisers have embraced programmatic delivery at scale to good effect. When used to target the right cohorts in the appropriate context the advertiser succeeds in reducing wastage while retaining the value of context. It's not always about the pursuit of the known effect of every impression but also about knowing that every impression has the potential to contribute to a positive business outcome.

If owned media now require a higher threshold of usefulness so should advertising itself. The value exchange between the user and the advertiser has become increasingly explicit. Attention is a reward not a right. Useful advertising is a function of relevance which in turn is a function of time, place, cognitive targeting and creation, context and actionability. The creative brief as well as the media brief now needs to reflect this as well as understanding of the efficient frontier of variety; the point at which the cost of granularity exceeds its value.

We have noted before that every brand needs a data story:

Imagine this; 'Alexa, what's the most recommended anti-dandruff shampoo?' Or this, 'You ordered Brand A, Brand B has a higher average recommendation, which one would you like?'

Rob Norman works with multiple enterprises in media distribution, creation and research, and companies developing new technologies in advertising and marketing. Rob continues to advise GroupM where he served as Global Chief Digital Officer until the end o…