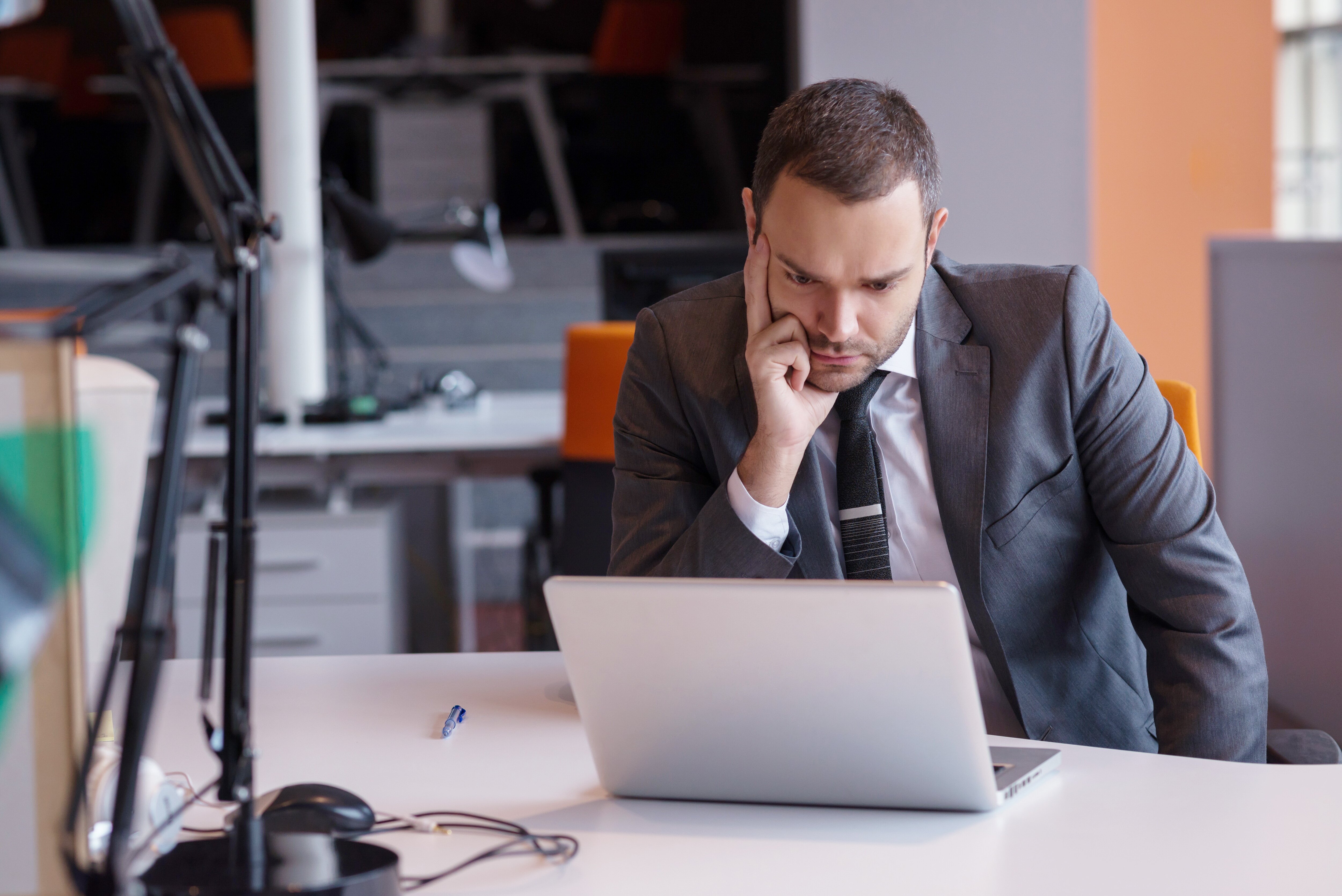 When Catalyst's findings on the effects of masculine anxiety in the workplace landed in my inbox, I paused. What exactly is masculine anxiety and why should female business professionals care? According to this report, men employed at organizations with a combative culture—where top performers rise through domination and traditionally masculine behaviors—are less likely to react to incidences of sexism, such as derogatory comments about females at work.

While we can't change what happens in small groups, as leaders we can change the narrative of our norms. Men should take advantage of their full paternity without fear of looking weak. Men should feel compelled to share their failures, unafraid of appearing vulnerable and proud of being resilient. When leaders put down the script and share their true selves, it trickles down and becomes an acceptable norm. Most men we work with are wonderful, respectful colleagues and partners. It's those few bad seeds struggling to hold on to some semblance of power who sow sexism. If women—and other men refuse to tolerate their behavior and call them out for their actions, their comments will fall on deaf ears.

To put my own experiences aside, I reached out to a subject matter expert for a more objective opinion on the findings. Here's what Jack Myers, Media Ecologist, founder of MediaVillage and best-selling author whose books include, The Future of Men: Masculinity in the Twenty-First Century, had to say.

Shelley Zalis: Catalyst surveyed over 1,000 men in the U.S. and found that almost all of them-94%-experience at least some degree of masculine anxiety at work. Jack, you've done so much research on this topic, is this surprising?

Jack Myers: When I did the original research for The Future of Menin 2016, the most fascinating statistic was that the percentage of men self-identifying as feminists was declining for the first time ever. It had reached a high point of 35% and had shown a couple years of decline. I haven't seen a recent data point. If men feel they're experiencing masculine anxiety at work and under attack, I believe it's a small minority who consider other men their attackers.

Zalis: Catalyst's data shows that more than a quarter of men would likely do nothing if they heard a colleague make a sexist remark at work, and that workplace culture plays a large role in this reluctance to speak up. What can be done to lessen the impact of combative work cultures?

Myers: This is an extraordinary stat. Only 25% of men? When I was doing my research, the percentage I expected would have been more like 75% of men who would have done nothing, and most of them would have participated. I timed the average time it would take for the first sexist or misogynistic comment to be made when a small group of men gathered at an event out of earshot of women. It was less than two minutes.

Zalis: Jack, this is exactly the type of leadership we need to amplify—calling it out and making it a norm to not engage in this type of talk, to walk away and not give it fuel.

Studies show that men in the U.S. experience immense pressure to present themselves as "real men" who are tough, aggressive, sexually assertive, and confident, among other things. They are also expected to avoid all that is considered feminine, including displays of emotion other than anger. Do you agree with this notion of "real men?"

Myers: I believe the drama in many men's lives today is less about being a "real man" than it is about adjusting to a world in which their privilege has been reversed. At every turn, the professional Caucasian male—and especially those in "white collar" (aptly named) professions—have lost or are rapidly losing privilege. That is at the core of much of the backlash we're experiencing, primarily among white men, to the rise of feminism, multiculturalism and attacks on our institutions.

Zalis: If change truly happens at home, what can wives, mothers, sisters, aunts do to help the young men in their lives look at masculinity through a different lens?

Myers: Men who are open to adopting traditionally feminine characteristics are learning they have the best opportunities for success in relationships, career, family, life. The more important challenge for women is to confront those men who are doubling down on the "real man" branding. Asking for change will not succeed with these men. Re-education and societal rejection of this negative personae is essential.

Zalis: Post-pandemic, what does the future of men hold?

Myers: On the subject of masculinity and how it has changed during the pandemic, I can focus only on the wave of violence, of shootings, of George Floyd, white nationalism and the January 6th uprising. Critical to the conversation today is how women of all colors, religions, and ethnic origins are going to unite as a singular voice and confront those in government who stand with inequality.

"It's also a problem when men are in a charged atmosphere in which every action past and present has the potential to cancel them. Egregious past behavior should be outed and a penalty paid. But where forgiveness is appropriate, let's give men a break and try to forgive and forget."

Zalis: Thank you Jack, that is a powerful statement. We spend so much energy lambasting bad behavior, let's spend an equal, if not greater amount of time calling out the men who are doing the right thing and personifying what equality looks like. This is how we'll reset the norms of workplace culture.

Jack's 2016 TEDWomen talk can be viewed at www.futureofmen.com.

This article was originally published at Forbes.com

Shelley Zalis, known as the “chief troublemaker,” is a pioneer for online research, movement leader, and champion of gender equality. She is an internationally renowned entrepreneur, speaker, mentor, mother, and founder and CEO of The Female Quot…