Jerrod Carmichael and the Rebirth of Rothaniel 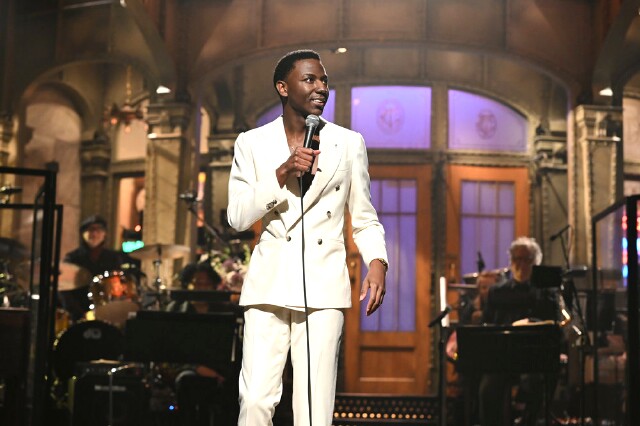 It seems to me that Jerrod Carmichael has always been a bit ahead of his time. He's had comedy specials on HBO, been in both major theatrical releases and TV movies and had his own sitcom (which I reviewed back in the day). He was even in Jay Z's "Moonlight" video. I've always considered him an old soul who, behind all his humor, maybe saw a little bit more than the rest of us. Maybe he felt it differently. His jokes were very matter of fact in nature, there was always a little dash of "it is what it is" in his delivery, and he never seemed to not see the truth in things. In the past I've even gone as far as to call his comedy "both irreverent and painfully honest." Now, after not seeing or hearing much of the man for almost five years, he's finally re-emerged with a hosting appearance on Saturday Night Live and an HBO special for which the word "insightful" is way too small. Turns out while he was busy seeing all our truths, he was also battling with some powerful ones of his own. This is as "painfully honest" as it gets, folks. Ladies and gentleman, meet Rothaniel.

Carmichael's HBO special, titled Rothaniel, is directed and edited by Bo Burnham (the genius behind the emotionally relatable 2021 comedy special Inside). I imagine the relationship between those two to be pretty similar to the relationship between most influential comedians. Both of these guys have their third eyes wide open, and there are definitely similarities in tone here and there. Remember HBO's Talking Funny? The chemistry between those four very different heavy hitters -- Chris Rock, Ricky Gervais, Jerry Seinfeld and Louis C.K. -- is exactly what comes to mind. This isn't the first time Carmichael and Burnham have collab'd, either. Burnham executive produced Home Videos and directed Sermon on the Mount, both of which are explorations of the Black experience via interviews with Jerrod's family, also released on HBO.

Anyway, Rothaniel opens at night, on the snow-laden streets of New York City. Laid back jazz piano begins to play -- Bill Evans' "Easy Living," to be exact. A contemplative and introspective mood is set that's felt throughout the rest of the special. We follow Carmichael on a short walk to the show's location, the legendary Blue Note jazz club, where he walks in, takes off his hat and coat, and takes the stage. What follows is an intimate, open and honest conversation with what I consider to be a very lucky audience. Of the many secrets revealed that night, two are the most impactful. The first is that the name we've all known him by isn't his real first name. (I'll give you one guess what the real one is.) And the second secret? According to Carmichael, "The secret is that I'm gay." 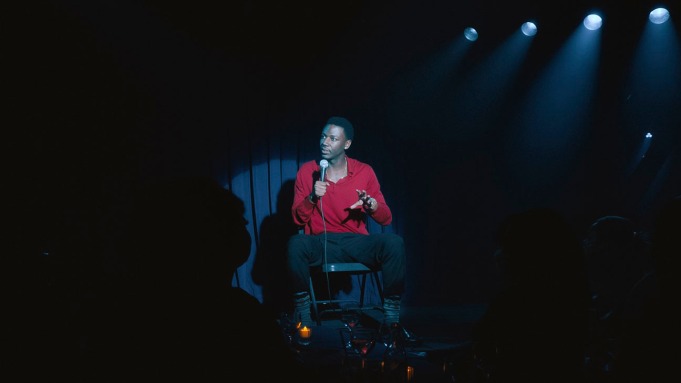 Of course, by now this isn't really news to anyone, and it wasn't really news to me either, as I saw this special after I'd seen Jerrod's hosting gig on SNL. He had joked during his opening monologue that Lorne Michaels asked him to heal the nation from the effects of the Will Smith Oscars slap heard ‘round the world earlier that week, to which he replied, "I've been gay for like 48 hours bro! There's so much gay stuff I gotta do before I can heal the nation!"

That particular SNL episode had to be the funniest I've seen in a while, and I'd be lying if I said I wasn't a little surprised at first that Jerrod was even hosting. I mean, I've always personally considered the man a big deal, but his hosting SNL seemed like the world was finally catching up to my grandiose sentiments about him. He even jokes about it during his monologue. "The nation has no idea who I am," he admitted. "I have to be the least famous host in SNL history."

During the HBO special, Carmichael expresses concerns that people would look at him differently. Cue my instant pang of guilt when I couldn't help but do the same thing. Suddenly every moment I've experienced of his career came flooding back to me to be reinterpreted through the lens of this new information. Nothing about this makes him a different person, though. A freer one, maybe, but he still is who he always was; we just know a little more about him now. His appearance in the music video "Moonlight" comes to mind. The song itself is about artists who front about their personas while the reality is that they're being handed a raw deal by their labels. The title is a reference to the movie of the same name, which got a lousy deal from the Academy of Motion Picture Arts & Sciences in 2017 when La La Land was mistakenly declared Best Picture. (The error was hastily corrected, but still.)

The video for the song featured Carmichael, Tiffany Haddish, Issa Rae, Tessa Thompson, Lil Rel Howery and LaKeith Stanfield playing the cast of a Black version of Friends. Literally five whole minutes into the video, Carmichael (who plays Ross) finds himself in some kind of a trance, as if he's now realized the show he's been putting on for everyone is pointless. Issa leads him out of the studio through the back, where he sits outside on a bench, bathed in moonlight. At this point Jay's verse about putting on fronts is wrapping up.

Rothaniel itself is pretty raw. It's well shot, and well put together, and there's an unwillingness to shy away from any awkwardness that needs to be applauded as well. The tight close-ups of Jerrod for long periods of time during his moments of silence feel much longer than what we're used to in a comedy special, are not unlike Burnham's Inside where, instead of long silences, we had abrupt tonal shifts and intermittent moments of vulnerability.

By contrast, Jerrod's entire special seemed like an extended moment of vulnerability. As it progressed it felt as though he'd gone from being in his element to being visibly uncomfortable with how honest he was being, which makes sense. He was sitting on a stage, in a room full of people, emotionally naked. It was an amazingly unconventional thing to watch, and that emotion took me much further than any of the laughs did -- though the laughs were great.

I'm hoping that, after this, the world gets a lot more of Jerrod. His track record implies that we'll see him when we see him, but he is still a hyper-talented comedian with a special kind of insight, and now he's comfortable with himself, and that makes me genuinely excited for his next appearance. I'm also excited to see where he chooses to use his real first name. He's credited as Jerrod Carmichael under "performed by," but under "written by" it clearly says Rothaniel Jerrod Carmichael.

Rothaniel, sir, it's a pleasure to meet you.