Julian McMahon on Why CBS' "FBI: Most Wanted" Was the Right Move 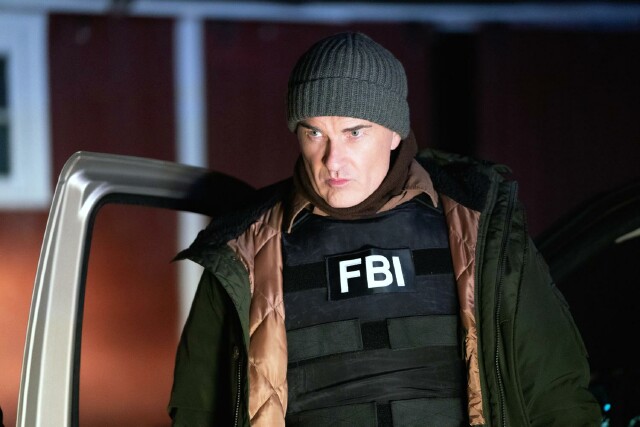 It’s been a few years since actor Julian McMahon committed to a weekly television series -- ten to be exact.  But that changed when he landed the plumb lead role in CBS’ Dick Wolf-helmed drama FBI: Most Wanted, a spin-off from the hit FBI ... and the next step in Wolf building a remarkable third multi-series franchise (after the many Law & Order programs and the formidable Wednesday night Chicago trilogy, all of them on NBC).  McMahon plays Jess Lacroix, a seasoned agent who oversees a highly skilled mobile undercover unit that is in constant pursuit of seriously nasty bad guys.

For McMahon, best known for his seven-year stint as playboy plastic surgeon Christian Troy on FX’s Nip/Tuck (2003-2010), the decision to trade designer suits for an FBI uniform, and commit to another ongoing series, hinged on two words - - Dick Wolf.  “When you get something from Dick Wolf, it’s not something you just casually look at,” he noted during a recent interview with MediaVillage.  “Just look at what he’s done, and on top of that, from a personal standpoint, he’s been doing it for a long time.  He knows how to run a production.  He starts at one point and finishes at another.  I’ve been on a lot of productions where things go a little haywire and the next thing you’re there for 20 hours a day.

“It’s tough keeping that kind of schedule going,” he continued.  “So that was another big part of it.  I [also] get along really well with the guys at CBS, so there was a combination of a lot of things that contributed to my desire to do this.”

After limiting work life to California for the better part of the last 18 years and raising his daughter, McMahon was also looking for a change of scenery.  “I was looking for something stable in doing FBI, something that would [maybe] take me out of California for a little while,” he explained.  “Raising my daughter put a restriction on where I worked, and I was kind of just looking to get out.  I mean I love California, and I could spend the rest of my life here, but I’ve spent most of my life here and wanted to do something different.” 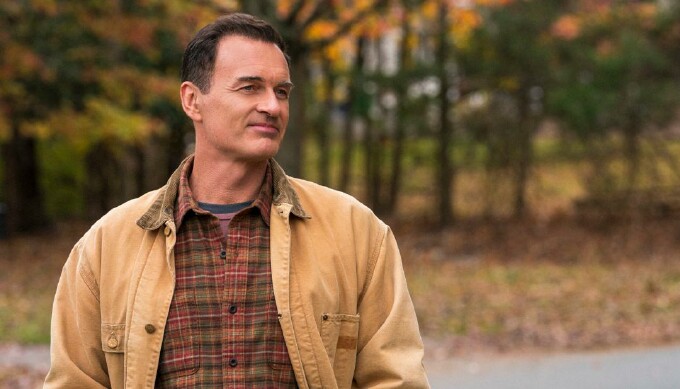 New York, where the show is shot, provided that desired change of scenery.  It also provided the Australian born actor with a reminder of his early days of working in the U.S. on daytime television.  “At the time it wasn’t easy to get a work permit in the United States or come here as an Australian actor,” he recalled.  “I missed out on a couple of films because I couldn’t get a permit, so getting a three-year contract was a gift and a great opportunity.  I remember my first scene on Another World was coming out of a pool in my speedo at the Cory mansion where I played the gardener.  But the whole experience was pretty magical.  I got to go to New York City.  It’s a crazy city and being back there reminded me of that.”

McMahon also told me that being a part of an ensemble cast, one that includes Kellan Lutz and Roxy Sternberg, was appealing.  Initially, he thought his workload would be lighter.  “But it hasn’t quite worked out that way,” he laughed.  “I read the pilot and thought, great!  Now, everyone has had an episode, but my character is pretty prominent throughout.  Yes, it’s a lot of work, but I gotta tell you, I love it.  Jess is a great character and super fun to play.  When you get the opportunity to slip into shoes that aren’t yours, like I did with Christian Troy (Nip/Tuck) and even with Cole Turner/Balthazar on Charmed -- a show I was only supposed to do six episodes of and ended up staying three years -- it’s a lot of fun because you’re being consistently challenged.”

With another hit show to his credit, and having carved out that family time, McMahon finds himself in a good place.  “I think I’ve become more centered,” he reflected.  “When I picked up the Christian Troy character, I was a little crazier and was looking to push things around a little bit.  I got to do that in the form of a TV show, but it also took a lot out of me.  So I took some time off, re-centered and thought about what I wanted to do. That was raising my daughter, which was more important to me than anything else.”

Growing up as the son of Sir William McMahon (a former Australian prime minister) the family assumed Julian might follow in his father’s political footsteps, so entering showbiz came as a shock.  “I’ve always said I was never a good enough actor to go into politics,” he said.  “My family was pretty conservative and when I decided to enter this business, they were like, ‘You have to be kidding!’  It wasn’t an easy transition.  There was a struggle between my parents, and myself, and the background I came from.

“I’m finding I’m coming back to my family history as I get older more so than years ago,” he continued.  “I think as individuals we sort of push away from our parents because we want to be individuals and develop a sensibility of your own.  I feel that with my daughter.  She doesn’t want me around all the time and needs to become her own person.”

He’d even be okay with his daughter following in her father’s footsteps.  “It’s interesting with my daughter,” he offered in closing.  “She’s been so against acting, but she recently visited the set and thought it was really fun.  I started thinking, ‘Okay …'  With acting, like politics, you really have to love it.  There’s no time off being a politician, and in a way that’s similar to working on our show because there’s a lot of stuff going on.”

FBI: Most Wantedis telecast Tuesdays at 10 p.m. on CBS.

The opinions and points of view expressed in this content are exclusively the views of the author and/or subject(s) and do not necessarily represent the views of MediaVillage.com/MyersBizNet, Inc. management or associated writers