Justin Baldoni On Season 4 of The CW's "My Last Days" 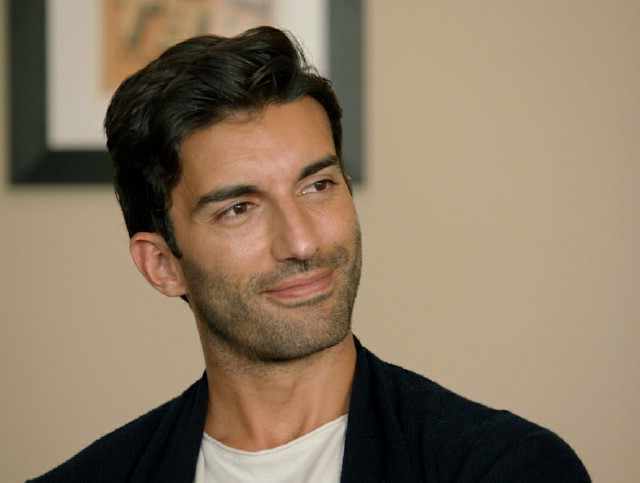 My Last Days, the profound passion project ofJane the Virgin star Justin Baldoni, returned to The CW last week, beginning its fourth season.  The uplifting documentary series created and executive produced by Baldoni follows the stories of courageous terminally ill individuals, and those closest to them, all choosing to celebrate the precious time they have left rather than wallow in despair.  "Season 4 is one of our most powerful and emotional seasons yet," Baldoni told MediaVillage in an exclusive interview.  "It’s so raw, life-affirming and filled with love. Unfortunately, this season we ended up losing three of the five incredible people whose stories we featured, which definitely makes it a bit more emotional for all of us.

"We also broke format a bit this season," he continued.  "Instead of appearing in each of the episodes and giving each cast member a ‘gift’ we wanted to take that time and give them a chance to talk about their experience while watching the show live.  So, each night will feature a round table discussion [between] myself and the cast about their experience.  It’s such a different way of experiencing the show."

Of the individuals featured in Season 4, Baldoni revealed that it’s David Weinlick, a father of four battling terminal and inoperable stage IV colon cancer that viewers should have extra Kleenex on hand for.  "I think that’s the power of story, of our human stories; each is affecting, moving and profound in their own way," Baldoni shared.  "But I’d say Dave’s is definitely going to be an entire box of tissue episode -- buy a few boxes and you should be good!"

Baldoni isn’t kidding.  At a special screening and panel discussion three years ago for the second season of My Last Days that I attended along with MediaVillage editor Ed Martin, boxes of Kleenex were placed on each seat in anticipation of the emotional reactions to come.

Given the subject matter, Baldoni has had to find ways to contain his own emotions while working on the show, approaching each episode as if he were a student and the participant the teacher.  "It’s incredibly humbling, and extremely emotional, to have someone give you their time when they don’t have a lot of time left," he admitted.  "To have someone give you their wisdom, all you can hope to do is to hold it and you meet them with the same presence that they are giving you.

“But I can also tell you that seven years in, it stays with you," he added.  "I am still holding the good and the difficult things that come with making a show and making a community like this one.  I don’t think it will ever get easier."

In past seasons of My Last Days, Baldoni was very hands-on, directing and completely immersing himself in the project.  However, this season he's crediting Ahmed Musiol and Farhoud Meybodi, his partners at his production company Wayfarer, for doing the heavy lifting.  "I was [directing the feature film] Five Feet Apart while they were shooting Season 4, so all the [directing] credit has to go to them.  They did such a beautiful job. I couldn’t be prouder of the directors they have both become."

As Baldoni transitions further behind the camera he's thankful for the gift the show has given him.  "I can confidently say that My Last Days has had a huge impact on my directing style, more than anything else I have ever done," he said. "After 25 or so documentaries and now a feature film, when you are on set and directing a documentary on the life of someone who is dying, there is no room for anything but compassion, and an understanding that while you may not capture everything you set out to, what you do capture will be so much more beautiful than you could ever imagine because [it is] raw and real and in the moment.

"I'm absolutely gentler and more compassionate than when I first started directing," he continued.  "I have learned that so many things that feel stressful [just] pale in comparison.  It’s as much about the journey as the final product.  As long as we approach each day with sincerity and love, I wholeheartedly believe the intention somehow magically makes its way on screen.  What comes from the heart hits the heart."

Baldoni has also found that after four seasons, the skillful way in which the participants’ stories are told has made people eager to share.  "In our experience, it seems that when you get diagnosed with something as serious as a terminal illness, or you’ve been living with a chronic illness, you want to make a difference with your story," he said.  "That’s one of the things that make these people super-human; they use their experiences, their pain and their suffering to alleviate someone else’s.  There is something so kind and rich about that."

He is extremely proud of the series, one that started as a passion project, found a home on YouTube and eventually The CW.  "It became one of the most watched docuseries in YouTube history," he said.  "That is something that I will forever be grateful for and proud of.  There’s an audience that craves sincere storytelling.  I'm also proud that The CW was willing to take a risk and put us on the air.  We recently found out that the Television Academy selected us as one of seven shows they are honoring this year for using the power of television to make an impact.

“But more than anything, I am most proud of the fact that we have been given the honor to be a part of and help create a legacy for these amazing individuals who give us their time," he said in closing.  "I am proud, and humbled, to have been part of giving their stories a platform and [a place] for them to share their wisdom and inspire people in a new way."

My Last Daysis telecast Wednesdays at 8 p.m. on The CW.