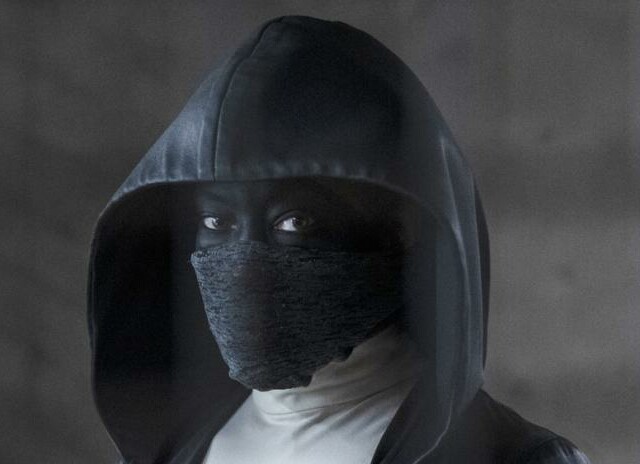 Alan Moore’s Watchmen comic book series has always been known as a groundbreaking piece of material.  Published by DC Comics in 1986, it depicts an alternate version of history where the Watergate break-ins were never exposed, the U.S. won Vietnam because of a naked blue giant and the country is on the brink of WWIII with the Soviet Union.  It’s style of storytelling, choice of subject matter and decision to challenge the concept of what a superhero even is are the reasons it has been critically acclaimed for decades.  Now, the first story to ever officially take place after the events of the original comic is here:  HBO’s new series of the same name, Watchmen.

Starring Regina King and written by executive producer Damon Lindelof (Lost, The Leftovers), Watchmen is set in the alternate version of present-day Tulsa, Oklahoma, and follows one Angela Abar, a supposedly retired cop who, after receiving a near-fatal gunshot wound on what’s so far only been referred to as the “White Night,” hung up her gun and badge and opened up a bakery.  This is a universe where, ever since the “White Night,” officers have been allowed to cover their faces for protection, with some of the higher-ranking cops donning full costumes and using vigilante-esque monikers.  Angela is one of these secret cops, her bakery is actually a front for her hideout, and her “work name” is Sister Knight.

The real hook for me was the opening of the episode.  In 1921, in real life, over 300 black residents of an affluent part of Tulsa called Black Wall Street were brutally murdered by a mob of angry white residents estimated to be in the thousands.  Thirty-five city blocks were completely destroyed in what is known as the Tulsa Race Massacre.  Black men, women and children were beaten, burned, shot or worse.  Nitroglycerin bombs were literally dropped from the sky onto American homes and businesses.  Watchmen very accurately depicts this tragic moment in U.S. history, and the horror that scene stirs up, and the tension it leaves behind, are felt throughout the rest of the episode.

Race plays a big role in this show, and while that could’ve been a hindrance, it works with Watchmen’s core formula.  Moore’s original story took the socio-political concerns of the time (the 1980s) and filtered them through the lens of a world that was just different enough.  Lindelof’s story (which seems to be a direct sequel to the book’s version of events, not those of the Zack Snyder film) does the same, with the aforementioned Tulsa sequence being immediately followed by another depiction of white-on-black violence; this time between a white supremacist and a black police officer during a routine traffic stop.

One thing that stood out during this scene, besides it being the first appearance of a masked cop on the show, was the restricted access the officer had to his weapon.  He literally had to go back to his squad car, call in, and have the magnetic holster holding his firearm released before being able to use it.

For me, the message here was mixed at best.  Sure, having to answer a series of qualifying questions, on record, before a third party remotely releases a deadly weapon to an officer initially feels like a great way to avoid unnecessary police violence.  The questions allow time to pass, which avoids any heat of the moment stuff, and the involvement of a third party allows for more accountability.  On the other hand, when a cop is being shot at, or in imminent danger of being shot at, those couple of questions could get him or her killed.  In the case of the officer in question, he ends up pretty close to dead.  So, is the show trying to say that this tech would be beneficial, or problematic?  I’m not sure.

One of Moore’s recurring themes in the original comic were the “worrying” times that he found himself in.  If I had to use one word to describe our present-day times, it’d probably be an expletive, but if I were being polite, then “worrying” would be perfect.  There’s no way anyone in their right mind could be conscious and coherent right now and not be at least a little worried about something.  There’s so much to be concerned about; just turn on the TV.  In this way, the characters in Lindelof’s continuation of Moore’s story are tackling the same types of issues, at least tonally.  Their “worrying” times are directly related to the resurgence of a white supremacist group known as the “Seventh Kalvary” (members of which for some reason all don makeshift Rorshach masks).

HBO’s Watchmen takes some serious visual cues from the iconic comic (artist Dave Gibbons, colorist John Higgins), but still creates contemporary visuals that stand all on their own.  Its infusion of real-world events into its fictional narrative also provides an authentic and relatable emotional baseline for viewers.  I mean seriously, I didn’t know about the Tulsa Race Massacre of 1921 until I saw a superhero show in 2019!  How can that be?  How the hell was I not taught about this in school?  Is anyone else as outraged by this as I am right now?

The feelings I feel about this Tulsa thing are nuanced and complex, and a similar level of complexity and nuance will almost certainly run through this entire series in the same way.  It’s all connected, and I’m down for it.  So, when the question is once again asked, “Who watches the watchmen?” the answer will be, “me.”  Who knows what else I will learn?

New episodes of Watchmen are telecast Sundays at 9 p.m. on HBO.