Lifetime Gets Into the Game with NWSL 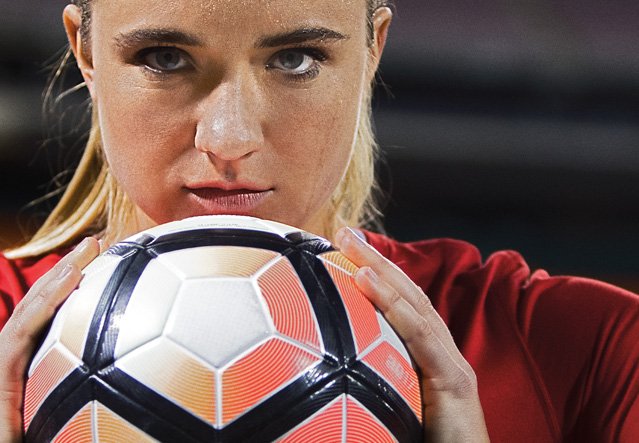 When Brandi Chastain scored her World Cup winning goal in 1999 and ripped off her shirt in celebration – we (being the ravenous women’s sports fan world) all thought that would finally push women’s sports coverage over the top and into the mainstream. I mean… everyone was talking about that game! And the team! But it didn’t. Sure, World Cup and Olympics bring about massive excitement in waves of 2-4 years respectively, but where is the continual mass audience tune-in? And is there an actual regular audience tune-in that’s just waiting to happen?  Wait…isn’t this already happening? If they build it, will they really come?

Now, after multiple blips on the media radar of women’s sports coverage (a USC study found an average 96% of TV sports coverage is devoted to men’s sports), A+E Networks has embraced the possibilities and entered into a groundbreaking 3-year partnership deal with the National Women’s Soccer League starting with the 2017 season. And it really is a partnership – not only will NWSL games be broadcast on its Lifetime Network (of course a long standing network geared to the female 18-34 demo), but parent company A+E has purchased an equity stake in the NWSL (a real sign of commitment to growth) and has big plans for multiplatform touch points to bring women’s soccer to a major place in the media landscape. I say "groundbreaking" because usually women’s sports coverage is woven into media deals with their counterpart men’s teams. And while there are highlighted games (NCAA Final Four, NCAA Softball Championships), this is a major standalone deal. And it’s not Lifetime’s first sports deal, either.

Along with this commitment to on-air coverage is an opportunity to expand both Lifetime’s reach into the devoted women’s soccer fan base (very possibly not regular viewers of Lifetime) and expand the NWSL’s reach into a whole new target audience.

Even the players appreciate the stepped up awareness this deal can mean. “They are psyched!” Meg Linehan, a contributor to the soccer website TheEqualizer.com and longtime soccer journalist, told me. “The players feel that while it’s not a traditional sports network, Lifetime’s long term commitment for the entire season outweighs that and can break through into new markets. They feel that Lifetime has made a commitment to them.” 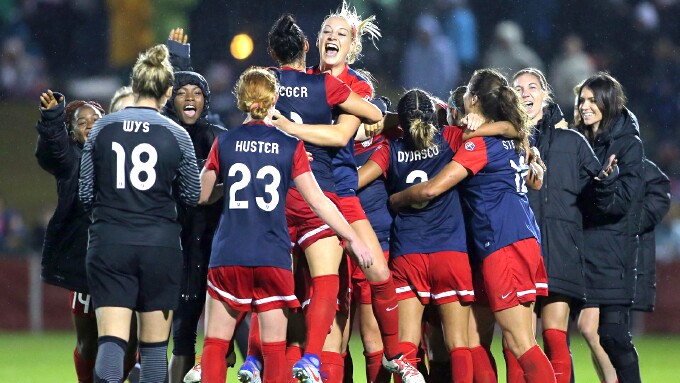 The players’ excitement was definitely palpable at the press event announcing the partnership. Christie Pearce of NWSL’s Sky Blue FC said, “Young girls all over the country now get the chance to watch their idols playing live on TV, and that helps them to grow their own dreams. The hope is that through this relationship, we can all bring the game to the next level, which is what each player in the NWSL deserves.”

The league also ties in perfectly with Lifetime’s empowerment message and speaks to soccer’s international appeal. Indeed, A+E execs feel that this is just one of the compelling initiatives that can help grow the Lifetime brand among millennials.  According to Peter Olsen, Executive Vice President of Ad Sales at A+E Networks, “This partnership is a reflection of Lifetime’s evolution as a brand as we up our touchpoints of empowerment and inspiration, especially for young women. As a league, the NWSL is built on the foundation of strong and vibrant women who are great role models for young girls around the world. Our two brands are perfect complements.”

There will be branding everywhere as befits a major partner. Then when you add live streaming into the audience mix, and after all it’s 2017 and we should, right?, potential audience expectations could explode for Lifetime. 25.4 million tuned in to the 2015 Women’s World Cup, per Sports TV Ratings, and for the Rio Olympics Women’s Soccer garnered 25.6 million viewers (total audience delivery for both linear and live streaming). Obviously, these are major events and numbers are inflated, but they are still massive even watered down for projections.

If you are Lifetime, and these actively engaged and passionately loyal viewers are part of your new universe, you are giddy with anticipation.  But you also must know that any misstep can lose your audience and make them go elsewhere.  Sports fans are smart and fickle. And they can sniff out poseurs and patronizing commentary. If you’re a serious or even an occasional fan, you can tell when your sport’s coverage has been handed off to a newbie or someone who doesn’t "get" the sport: subtle nuances and particular phrases can reveal a fraud. It’s jarring and can literally propel you online to watch the game in silence.

Wisely, this is not the case with Lifetime’s broadcast team. All announcers and analysts are respected within the sport, and have either professional soccer experience or sports broadcasting experience, or in most cases, both. They bring a depth of knowledge and a scope of perspective that enriches the game, and really fills out the viewing experience to make you feel immersed and, dare I say, psyched! I found myself starting to think of which jersey I’d buy (Chicago Red Stars, FYI) after noticing the Lifetime logo on the sleeves of the players. And while I’m not their typical target demo of 18-34 they’ve earned another pair of eyeballs: mine!

I also spoke to Howard Megdal, a sports writer who has covered women’s sports for many years, who said: “While Lifetime Network carried WNBA many years ago (circa 1997), this is much more of a serious partnership. Women’s sports, in general, is still trying to establish regular TV exposure and more consistent media coverage.  It’s an important commitment by Lifetime to really partner with the NWSL and pave a new way for women’s sports, but we have a long way to go.”

True. But with a strong start to the relationship, not to mention modest ratings gains week to week, this partnership is off to a great start.

Trisha Patterson has spent most of her career in local ad sales, affiliate sales and marketing. Before establishing local ad sales for Fox News Channel and Fox Business Network as Director of Local Ad Sales, she was in Affiliate Sales and Marketing for FNC a…