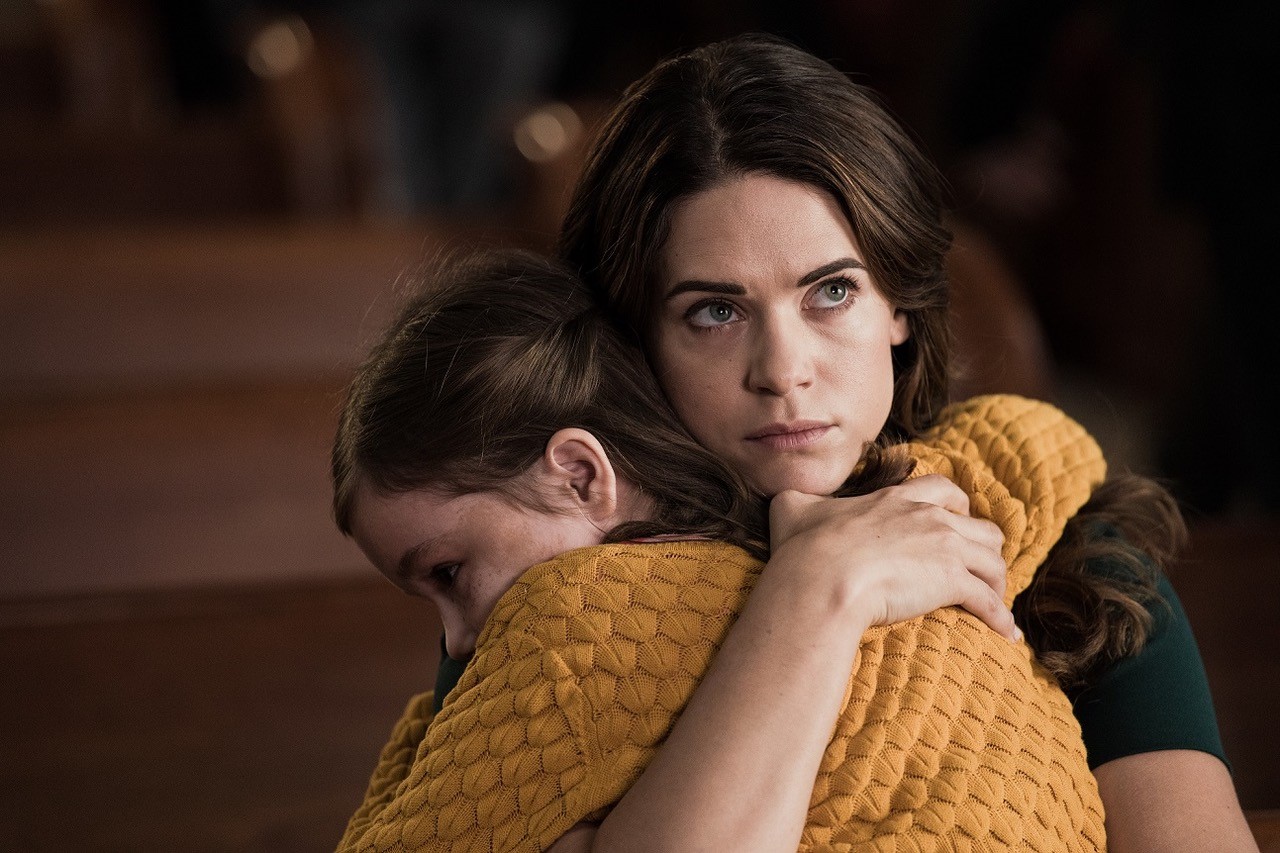 You Can't Take My Daughter is telecast Sunday, 6 p.m. on Lifetime. Lifetime continues the 30th-anniversary celebrations of Lifetime Original Movies with a carefully curated Independence Day Marathon. Starting July 4 at 11 a.m. a slew of favorites begin airing and culminates Sunday with the premier of Driven to the Edge at 8 p.m. The marathon will also revisit You Can't Take My Daughter, starring Lyndsy Fonseca (pictured above) and Kirstie Alley, which originally premiered in February of this year. Inspired by the real-life story of lawyer Analyn Megison, the film stands as an important piece of television as Megison's ordeal would eventually change archaic State laws regarding rape victims and parental rights after an attack results in a pregnancy. "I'm so thrilled that this is a part of the marathon," said Fonseca in an exclusive MediaVillage interview. "We really poured our hearts and souls into this and worked so hard on making something we could all be proud of. For it to be chosen as a part of the marathon makes me happy for everyone involved."

In the film, Fonseca portrays law student Amy Thompson, a woman sexually assaulted on the night she's celebrating passing the bar exam. If the attack itself wasn't enough, her life takes another turn after she discovers she's pregnant and decides to take keep the baby, much to the chagrin of her outspoken mother (Alley). But for Amy, the attacks don't stop there. With rape charges pending, she's harassed by her assailant to the point her only option is to flee town and start a new life. Seven years later, her biggest nightmare begins, after her rapist takes advantage of laws that protect his parental rights and he seeks custody of her young daughter. 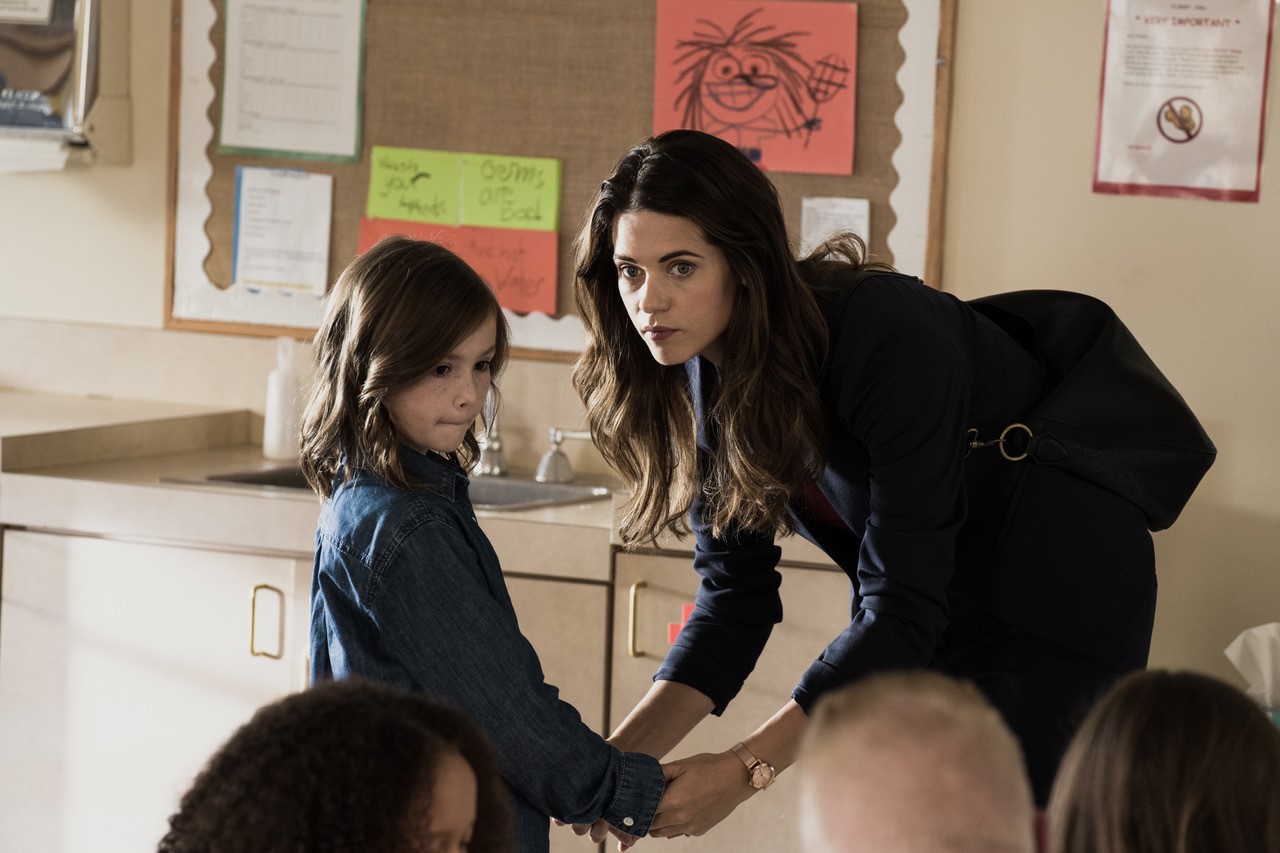 Fonseca told me the role was challenging for a myriad of reasons, and not just limited to the fact she was portraying a real person. "That was daunting," she shared. "But Analyn was great, and our director Tori (Garrett) was wonderful. Everyone involved was so supportive of the project, and while it was a tough shoot, we just tried to take it day by day. The schedule was rigorous, but so worth it. I think for women who have had to face certain similarities in their own lives, having something like this says, "You're not alone". There are a lot of victims out there and while their stories may be a little different, films like this are important.

"We went through a couple of versions of the script trying to find a way to tell the story as truthfully as we could," she added. "There were some legal issues, and a lot of hurdles, so I was impressed that Lifetime stuck with the project and told the story. I did speak with Analyn on the phone before I left to start shooting in Atlanta, I was nervous and hesitant, but I wanted her to feel like she could trust me to tell her story. I wanted her to know that if anything didn't feel right, she could tell me, and I wanted to do her proud because it was a horrible thing she went through."

As a mother herself, Fonseca was thankful to have been able to draw that 'motherly protective' instinct when it came to the character's ordeal. "I haven't had a similar situation to what Analyn experienced, thank God," she said. "So I used my imagination and if I wasn't a mother, I'd have had to have relied on that more. It did affect me differently after being through childbirth and wanting to protect a child. And Madison (Johnson), who plays [my daughter] Maddy, was such a special child. We bonded so it was easy to feel a connection. My daughter even got to come to the set and play with her, so that was great."

Fonseca believes Lifetime was the perfect home for a project like this, and after her long association with them is proud to be a part of the network. "The thing I like about Lifetime is just how personal it is," she explained. "Everyone from the people who run the network and those in charge of the movies are just really good people, great women, and a great team to work with. They fought hard to have a lot of women working at the network, women of color, and are telling stories like this one about a woman who prevailed against all odds - - I think those stories are important.

"This movie and the other one I did for them called Five (2011), were inspired by true events people deal with every day," she continued. "I like that Lifetime is committed to telling them. Then you have the Christmas movies which bring so much joy, so the fact you have both of those kinds of energies makes it a great place for great content."

For her next project, Fonseca is looking forward to some lighter fare, a series based on the 1989 Tom Hanks movie Turner and Hooch for Disney+. "It was scheduled to have started months ago but [with the pandemic] was put on hold," she explained. "We're waiting for the go-ahead and figuring out how we can shoot carefully and responsibly, hopefully in September. I'm excited about the project as it's a family comedy, and I'm excited to be on a set that's all about laughing, dogs, and having a good time. In the meantime, I'll be spending my Fourth of July with the Lifetime marathon and pop into the backyard as now is not the time to socialize - - right now we've got a hunker down and do what's safe for everyone." 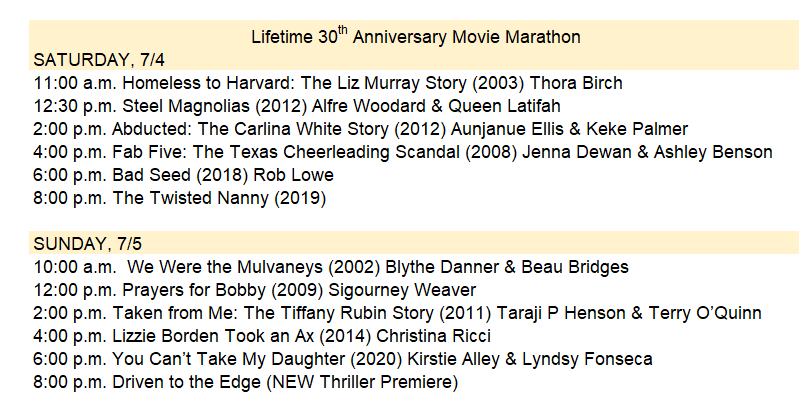