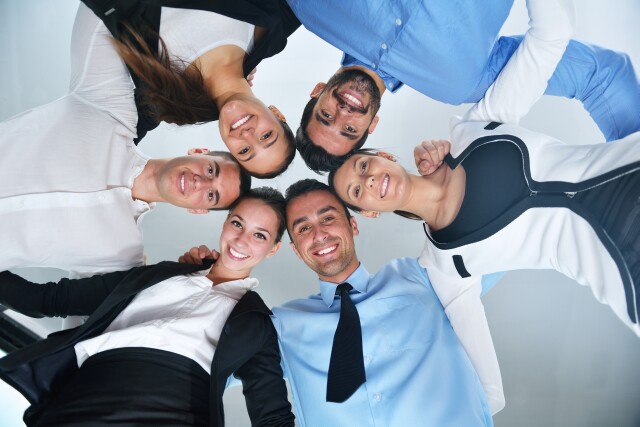 Inspired by Jack Myers' new book, The Future of Men: Masculinity in the Twenty-First Century (out now!), this is a weekly blog focused on gender equality. This week, men are stealing women’s beauty products, women are donating more than ever in this election and a new video exposes the worst of mansplaining.

In This Election, Women are Donating More Than Ever

In an election year where women will be a crucial force, women are donating more than ever to political campaigns -- a fact that holds true across every level of political giving and across both parties, The New York Times reports. According to an analysis of Federal Election Commission data, 43 percent of all contributions to federal candidates have come from women and women have a provided a fifth of individual contributions to super PACs, up from 1 percent in 2010.  Hillary Clinton has been a large driver of this increase, with nearly 60 percent of her $70 million in contributions coming from women, according to Crowdpac. While the increase in female donors is more pronounced on the left, even among Republicans, female donors are on the rise and playing a powerful role. In interviews with the New York Times, female donors in both parties expressed the reasons for their increased involvement in political giving: Their rising rank in the workplace, increases in their personal wealth and strong influence over their family’s wealth management. Even with an increase in women’s contributions, men still donate considerably more to federal candidates, with about two thirds of all donations raised in 2016 coming from male candidates.  “There’s an expectation even among women that other women are not donors. We’re still that much of an anomaly,” North Carolina lobbyist Theresa Kostrzewa told the New York Times.

The Fight Against Mansplaining

In light of the Trump-Clinton gender wars that have escalated in the past few weeks, many women across social media have asked Donald Trump to #mansplain their “women’s card.” Capitalizing on this brewing tension, a new video from ATTN, which went viral this week, calls attention to the prevalence of “mansplaining” in the news media. If you’re unaware of the term, a simple definition of mansplaining is when a man explains something to a woman in a patronizing way, often about women’s issues. Through clips of popular news programs, the video exposes how often women are interrupted, disregarded and silenced by men on talk shows and discussion panels. According to the video, studies show that men dominate 75% of conversation in decision-making groups, and if a woman is talking, she is much more likely to be interrupted than if a man is speaking. “It’s time to stop talking over women,” ATTN concludes. Watch the full video here.

In the past year, Hollywood has been abuzz with discussions of diversity, equal pay and gender bias, brought to the forefront by prominent actresses including Meryl Streep, Jennifer Lawrence, Viola Davis and Patricia Arquette. Perhaps long overdue, a federal investigation of gender discrimination in the industry is underway, announced the American Civil Liberties Union on Wednesday, The Daily Beast reports. The investigation will be done by the U.S. Equal Employment Opportunity Commission and begin with interviews of female directors, studio executives, showrunners, male directors and agents. In their announcement the ACLU cited a studies that found that women represented only 14 percent of television directors and a dismal 1.9 percent of directors of the 100 highest grossing films in 2013-2014. Across all studio films, women make up roughly 4 percent of directors and nearly all of those women are movie stars or relatives of movie moguls (i.e. Angelina Jolie, Drew Barrymore and Sofia Coppola), Maria Giese, a female director who has spearheaded the investigation, told the Daily Beast. If the EEOC finds evidence of widespread discrimination, they could potentially sue individual studios or explore solutions that would increase the hiring of women across the industry.

With shifting attitudes toward male grooming in the past few years, men are increasingly turning to products formulated for women to meet their skincare needs, whether that’s by borrowing products from their wives or girlfriends, stealing, or buying the products themselves, the Independent reports. Right now, male-oriented products make up only 5 percent of the global skincare market, and men cost their significant others an estimated $330 per year in replacement “borrowed” skincare. With a huge potential to convert men to traditionally female brands, this trend is causing skincare and beauty companies to move toward unisex products, packaging design and marketing. Crème de la Mar, for example, was one of the first brands to cross over to men, rebranding their moisturizers, skin oils and shaving products for a unisex appeal. While, according to studies, men typically are most concerned about convenience when it comes to skincare products, there is also huge potential as male grooming becomes more culturally acceptable. “The impact of this means that it’s more common for men to be aware specific skin concerns, such as pigmentation, premature aging and visible pores, resulting in them seeking out more specialized and premium products,” Julia Stewart, National Training Manager at Shiseido, told the Independent.

The Gender Gap is Getting Worse – So How Do We Get More Young Men Into Higher Education?

Harvard Wants Secretive Male Clubs to Go Co-Ed. All-Female Groups are Being Punished in Their Wake.

Is It Time to Give Up on Chief Diversity Officers?

The opinions and points of view expressed in this commentary are exclusively the views of the author and do not necessarily represent the views of MediaVillage/MyersBizNet management or associated bloggers.