Marketing Lessons From a 97-Year-Old Lobsterman 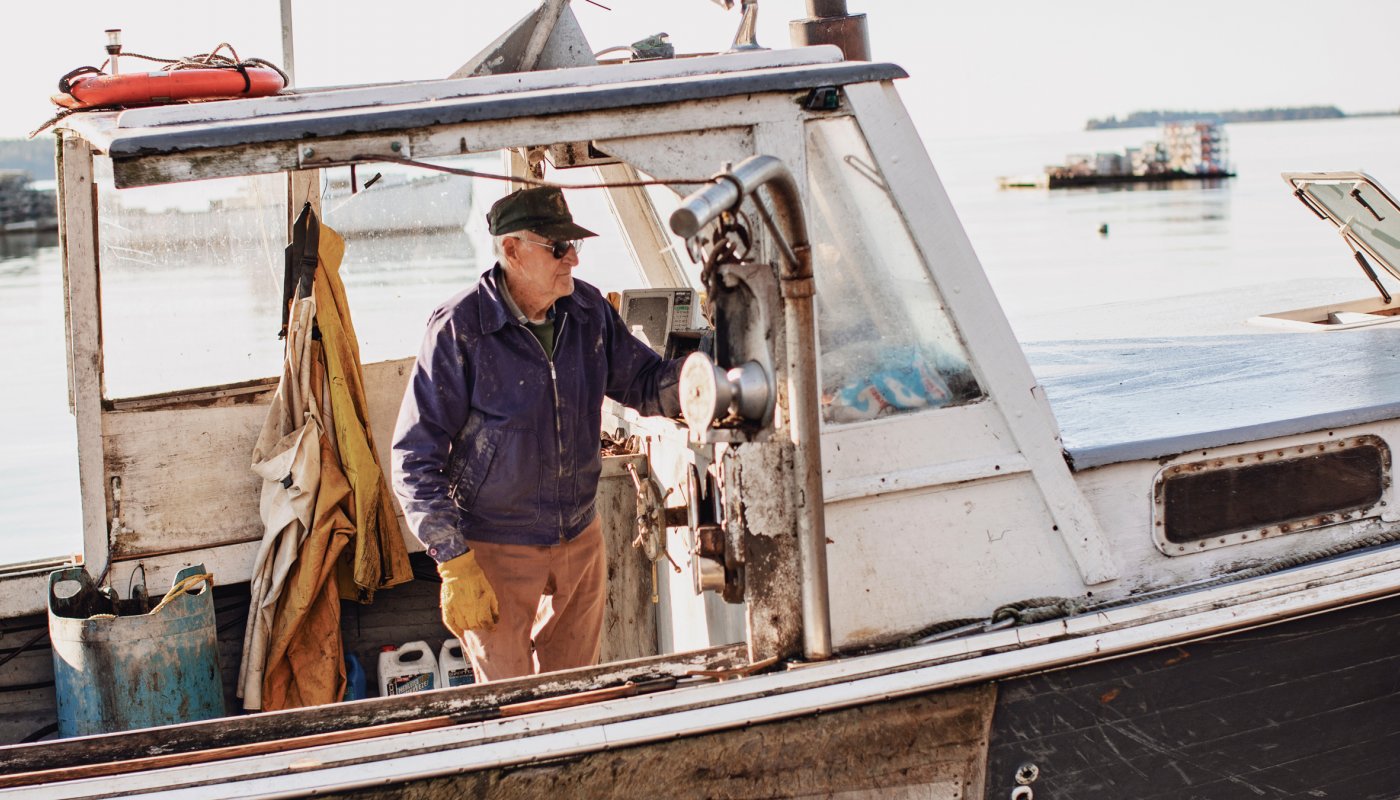 John Olson is an indefatigable 97-year-old Maine lobsterman who is still working on the water after nine hard decades. Olson's story is aspirational in its own quaint way. While his longevity offers valuable life lessons, and it's easy to admire his work ethic and endurance, there are aspects of his story that also resonate with those of us who market to age. If you're always fishing for marketing insights, valuable lessons can come from anyone — even an iconic Maine lobsterman.

Olson (pictured above) was born in 1922 and started lobstering on his dad's boat at age six, paddling to his pots with oars long before motors came along. He received his first lobstering license in 1938, back when lobsters fetched 15 cents a pound and he was able to pay for his first boat by cutting 100 cords of firewood with a bucksaw and an ax.

A stint in the Navy during WWII put his lobstering trade on hold, but soon after the Second World War ended, he was back in Maine and back on the water for the long haul. It's one thing to be working as hard as he is at age 97, but when you consider that lobstering is one of the most dangerous jobs out there, Olson's feat of longevity is truly remarkable. His story is an inspiration to all and is a source of insight into aging that marketers can learn from.

Respect older consumers' experience: The trick with lobstering is knowing where to find them and getting back safely. While it would be simple to credit Olson's intuition or even good luck, the key to his success and survival has been his experience. Years and years on the job, which have surely included mistakes and mishaps, have made him wiser and more productive by the day. Seen this way, aging is a positive thing.

The sum of life's experiences leads to an accumulation of valuable wisdom that makes all of us more effective in some way as we age. Whether it's knowing how to do a job well, enjoying more fulfilling relationships, or simply appreciating the gift of life, experience is the best teacher. When you're marketing to people of age, avoid the temptation to think of them as having age-impaired intellect or cognitive abilities. Instead, respect them for having that rare gift that only comes with age: the wisdom required to lead a truly meaningful life.

Don't blame age:Olson explains that he quit lobstering alone after falling off his boat into 58-degree water; he attributed the fall to the worn-out treads on his shoes, not anything to do with his age or his balance. This is classic behavior for older people who are quick to shift blame to things other than age. That hip replacement surgery? It had nothing to do with age or physical deterioration — it was simply the result of "wear and tear" from leading a full and active lifestyle. Trouble hearing? It's because the restaurant tables are too close together and the music is too loud.

This is all part of the irrational psychology of aging that has boomers putting a positive spin on growing old and embracing the future with an optimistic outlook. If people of age aren't blaming age, then neither should you. Find another explanation for what ails them and always deal in positives. They want you to see them the way they see themselves.

Create work that acknowledges their work: Olson's story is admirable on many levels, but mostly because he's still working at age 97 — and working hard. You don't have to be a gritty Maine lobsterman to appreciate the value of work, especially as you age. Recent AARP research indicates that there are 53 million people over the age of 50 who are still working, representing one-third of the U.S. labor force.

While most people work for money, the reason that many older people are still working has as much, if not more, to do with their desire to stay physically, socially, and intellectually active. One's work also provides a sense of personal purpose, which becomes increasingly important as aging separates us from the institutions that used to define us. Worse yet is the risk of isolation.

Whether it's an actual job or the work of volunteering, expect people of age to continue to work as a way of staying engaged and vibrant. It's critical that marketing represents boomers as authentically as they expect, especially when it comes to their choice to keep working. It's smart business to create work that recognizes and appreciates their pronounced work ethic.

Learning that a 97-year-old man is still lobstering is surprising to us. It's unexpected news. But on a deeper level, it's unsettling because it violates our long-held beliefs on aging. Convention has it that people aren't supposed to live that long, and if they do, they're supposed to be truly "retired"; i.e., done with their life's work and resting their weary bodies. But as longevity gets longer, all of these long-held beliefs are being challenged every day.

We live in the Age of Aging and nothing should surprise us about the effects of longevity. Lobstering at age 97 pales by comparison to 90-somethings who are swimming the English Channel or centenarians that are still running marathons; the list goes on. Improvements in aging are not only pushing the limits of human productivity, but they're also stretching our ability to comprehend what's possible. Prepare to be surprised and imagine what it must be like to feel ageless.