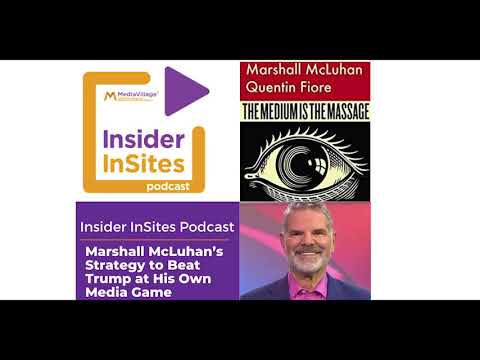 If we've learned anything from Trump's campaign and presidency it's that politics, government, and public discourse have become, first and foremost, show business. The high road — filled with better ideas, serious issues, and relevant priorities — pales by comparison to a powerful and compelling media presence. It's a historical, philosophical, and political mistake to believe that ideas and issues alone will win this election.

Jack Myers offers Joe Biden and Democratic candidates at all levels a simple path to news media domination and victory. I'm not a political expert but I am an expert on media and the effective use of media for propaganda and influence. Jack's been following Donald Trump's media mastery for decades As a candidate and President, Trump has controlled the on-demand TV news cycle and has mastered social media. He and his Republican cronies can't be defeated with sound bites and news clips or with issues and ideas alone, but by capturing more social media and news attention than Trump. With Biden not likely to threaten Trump's skills at media dominance, what is the solution?

You can listen to the full podcast here, or where ever you download your podcasts: Apple, GooglePodcasts, iHeartRadio, Pandora, Spotify, Stitcher, TuneIn, and YouTube.