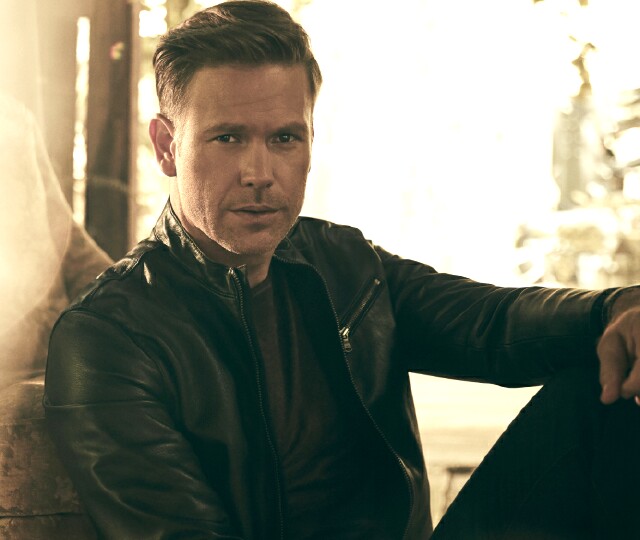 Over the last eight years, the character of Alaric Saltzman on The CW's The Vampire Diaries and its spin-off The Originals has had quite the story arc.  He's been a vampire hunter, an original vampire, dead, reborn, a teacher, a mentor, a guardian, a widower and a father.  Now in Legacies (the franchise’s latest spin-off) we find Alaric raising his teenaged twin girls while juggling duties as the headmaster of The Salvatore School for the Young and Gifted -- the boarding school he decided to open at the conclusion of The Vampire Diaries.  It's been quite the journey for actor Matt Davis, who has played Saltzman in both series on and off for the past nine years.  "When I showed up to do The Vampire Diaries, I was 31 and the cast was 20 to 24," Davis told MediaVillage during a recent interview.  "Now we're doing Legacies and I'm 40 and they're still 20 to 24.  So, I have this unique view [of] the Millennial wave.  The Vampire Diaries was like Generation 1 and this is Generation 2.

"But I love being 40,” he continued.  "I feel I've spent the last 15 years just trying to make sense of it all and fumbled my way through.  I feel there is clarity now.  I really do.  I'm excited to bring that personal clarity to this character.  I think there is a coherency, and the show will reflect our experiences.  Having the coherency and maturity crystallize in the scripts, they are like awesome little gems that stand on their own and are a lot of fun."

Picking up two years after The Originals, Legacies continues the story of Hope Mikaelson (Danielle Rose Russell), daughter of Klaus Mikaelson and Hayley Marshall, as the now 17-year-old comes to grips with her supernatural abilities under Saltzman's supervision.  Given the age of his twins, teen angst is at a maximum.  Throw in a supernatural being each week intent on destroying Mystic Falls and you might say his plate is full.

"[So] you have the creatures we’ll be dealing with, then the personal relationships on a human level," explained Davis of the show.  "One of the more delightful aspects of the series is seeing the twins’ personalities emerging as teenagers. One is super-emo and outgoing, while the other is more shy, sweet and demure. The interplay between the two of them is really great.  You will see them interact with the other kids, so it creates a group dynamic that is not just supernatural.

"One of those interpersonal dramas is Alaric’s daughters vying for his attention [over] Hope," he added.  "Hope and the two girls are not friends on any level, so Alaric is caught between managing his disgruntled kids who are jealous of his attention to Hope as she does require more.  Because Alaric is so vulnerable in the school as a human headmaster, he has to make sure certain alliances and relationships are stable.  Hope being a primary relationship is often at the expense of his relationship with his [own] daughters."

In addition to exploring those interpersonal relationships, Davis is excited to be battling what he calls "a monster of the week" as it's something he feels sets Legacies apart from its predecessors.  "It's one of the great things about the show," he said.  "There will be a slew of new awesome creatures all drawn to Mystic Falls for mysterious reasons that galvanize the school to defend the town. We have really cool creature effects with something new in almost every episode -- and it's so much fun.

"It really frees us up from what I think can become the burden of heavy mythology," he continued.  "The familial drama is great -- but it can get too drawn out.  This keeps it fresh and new all the time.  There will be an overall uber-bad guy watching that's involved in all of this.  It also has a nice little touch of camp humor to it and doesn't take itself too seriously, but seriously enough."

With some familiar Mystic Falls faces on hand to help, namely officer Matt Donovan (Zach Roerig) and the returning Jeremy Gilbert (Steven R. McQueen), Davis is hopeful more past characters will follow.  "I'd love to see Caroline (Candice King) come back," he said.  "I don't feel there are necessarily any rules [to resurrection], so if you can kind of conjure anything back that would be great.   My twins mother maybe?  There are all kinds of possibilities.  In a perfect world a new bromance between Elijah (Daniel Gillies) and Alaric would be kind of fun.  I did pitch this idea to (series creator) Julie Plec.”

Legaciesis telecast Thursdays at 9 p.m. on The CW.