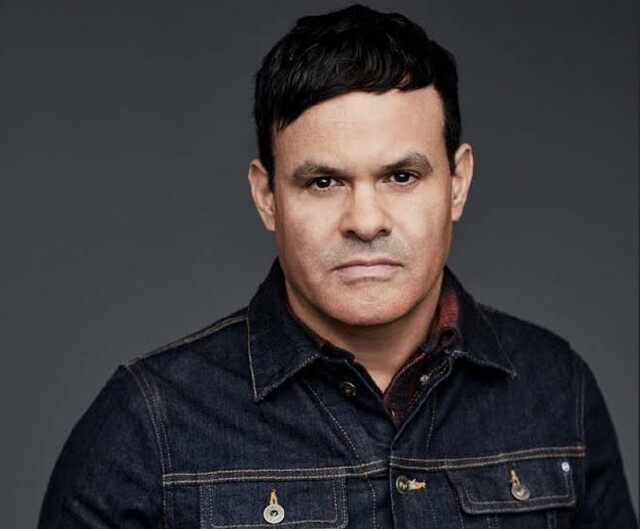 Like every series on television, Sons of Anarchy follow-up Mayans M.C. experienced significant production delays as a result of the ongoing COVID-19 pandemic. And like the rest it has finally returned, having begun its third season last week on both FX and FX on Hulu. Now more than ever this is very welcome news, because following the series finales of One Day at a Time and Beauty and the Baker, Mayans is the only series on broadcast or cable to feature an all-Latinx ensemble, including stars JD Pardo, Clayton Cardenas, Carla Baratta, Richard Cabral, Danny Pino and Edward James Olmos.

Some of the most common themes throughout the series include brotherhood, loyalty to family and protecting the ones you love no matter the cost. While they're certainly familiar, they're not themes we've seen from the perspective of a Latino brotherhood that is also dealing with race issues and immigration.

"Black and brown people have been seen through the white gaze as criminals and felons and something scary or lifted up as the 'token minority,'" James said. "We caught a bit of flack in the first season because we were leaning into these stereotypes. They're telling these actors and writers who've lived in this world, not necessarily in an M.C. but who've lived in poverty, among violence, being in gangs or in prison, generation after generation, that we can't tell our stories? That's why I wanted to change the title sequence. This didn't happen in a vacuum."

James was referring to the show's new opening titles, which features old black and white photos of Latin-American immigrants in early 20th century America, highlighting the journey they embarked across generations. 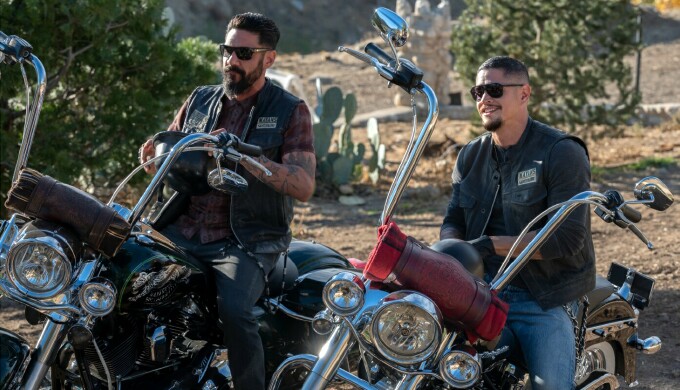 Known for bringing much of his own life experiences to his work, James said of the many vivid characters on the show, "There's a bit of me in everyone," he said. "There's so much of me in Angel (Clayton Cardenas, above left) and his brother EZ (JD Pardo, above right). You try and pour out all of your damage and heartbreak and maybe even some hope onto the page."

Perhaps it's the extra care he has given to their characters, but James has been profoundly moved by the relationships that have formed between the actors on the show since he took the reins in 2019. "I can't explain the depth of my gratitude and love for these people," he said. "They come on and bring this whole other element to it. [For example], I got to spend a lot of time this season with Danny Pino [the actor who plays Miguel Galindo] while I was directing five episodes. There was an entire episode where we took a break from his storyline and he was still there with us every day we were shooting. To be able to write for these characters after knowing them for the last three to four years has just been an absolute honor and to see what they've done with it is just incredible.

"During the hiatus, I told them, 'Hey, we've been given this shot. We may not get another one in this lifetime, so we need everyone to come and be ready to leave it all out on the field.' We needed every scene to be a heavyweight battle between the actors and that is exactly what happened. They went to extremes I never could've even dreamed of, more than what was ever on the page. I'm so f*cking grateful."

As the series has progressed, it has only gotten darker and grittier, much like the consciences of EZ, Angel and the rest of the Mayans, with Angel in a particularly chaotic downward spiral after losing Adelita. Viewers can't help but wonder if any of them will get a shot at redemption this season, or ever.

"We came in this season and thought, are these people finding their souls or losing their souls?" James reflected. "It'll be surprising who ends up on either side of that. I think there's a way to write television, to write anything, from the outside looking in. We wrote this and acted this from the inside out. This is everyone's guts sort of laid out for the world to see. It felt organic, who ends up where and who gets their shot at redemption. But some may not get their shot. Some have made terrible decisions.

"I myself have made some terrible life decisions and I'm very fortunate for having an incredible partner in my wife and that's kind of the theme of this season," he added. "Women are tough as shit. Men are little children. We can stay little babies our entire lives. We throw tantrums and pound our chests while women have to grow up way before we do."

That sentiment – or observation – goes a long way toward explaining why the Mayans M.C. writing team skews heavily female. "When we started the show, there was a reason we had more female writers than male writers," James asserted. "This is the season we really get to tell that story, of how strong women are. You've got Bishop and Peña, his ex, who went through something tragic together and how he's just spiraled downward into the dark and continues to make these awful decisions that put everyone at risk of pure catastrophe. Meanwhile, Pena has tried to pick up the slack and get her shit together, to stay in the light, which is so much harder.

"Then there's Gabby and EZ's love story, and we're showing Gabby through this male gaze; she brings this light to the family and keeps them out of the dark that's lurking underneath," he said. "And when we come to find out who she really is, she's chosen that light. She's been through stuff in her journey from southern Mexico to the States that's way worse than other characters couldn't even dream of. She is tough as shit and is making the choice to embrace the light.

"That's why it's important for us to tell our stories and to keep it grounded and real," James said. "We spent two seasons where it was like, 'We're in trouble! Time to call the white guys to come save us! That's the mythology. Kneel down to the white saviors, drop a racist joke and we go on our way… f*ck that shit!

"This is our show now, this is our story," he concluded. "We're so grateful to Kurt, but everyone knew this was our one shot. We all come from different walks of life."

Mayans M.C. is telecast on Tuesdays at 10 p.m. on FX. Each episode is available for streaming the next day at FX on Hulu.