Podcast: McKenzie and Andrade on Black Culture in Media 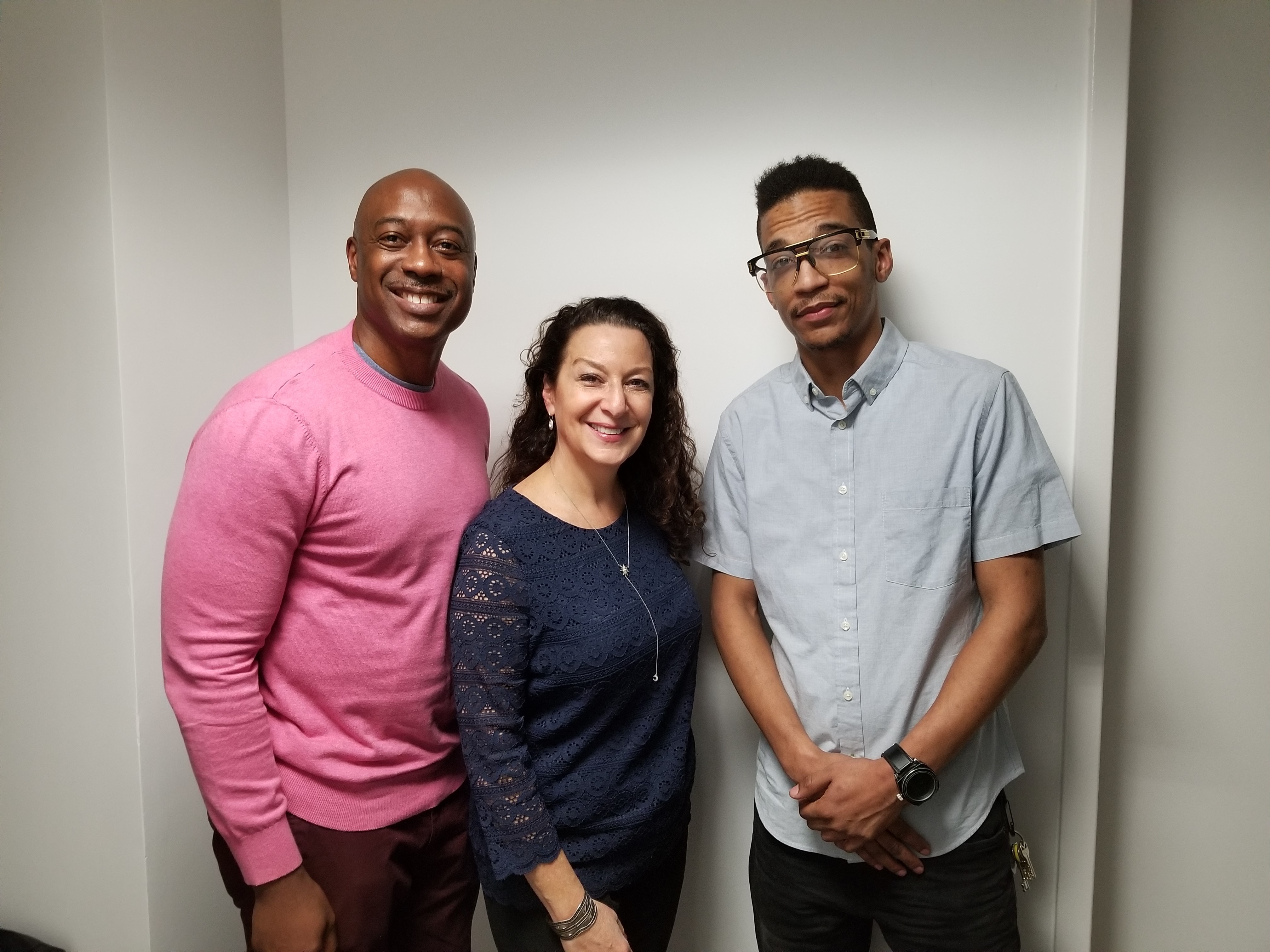 In recognition of Black History Month, this episode of the Insider InSites podcast brought together two talented MediaVillage journalists who shared their opinions and insights on the representation of people of color in advertising and media.  You'll want to hear the full conversation with Phil McKenzie (pictured top left), a cultural anthropologist and expert in influencer marketing, and Ainsley Andrade (pictured top right), an entertainment critic with a background in the arts.  While this text is an edited topline of the full conversation, I'm sharing it as a two-part article to allow those who prefer to read vs. listen to get as full a sense of their compelling comments as possible.  Listen to it all here (and please subscribe to all our Insider InSites episodes via Spotify, iHeartRadio, GooglePodcasts, Apple, Stitcher and TuneIn).

How any culture is portrayed in media is of great importance, whether it's Mrs. Maisel or Fresh Off the Boat, since impressions are lasting and imprint on society.  The unique backgrounds of Andrade and McKenzie made for an interesting combination of POVs on the impressions being made now by portrayals of black culture in media.  As a former actor and musician, Andrade has a wonderful eye for what jumps out in a show and in media.  He's covered content from Lifetime's Surviving. R Kelly Did its Job; The Rest is Up to Us to Chris Rock Takes on the Challenges Facing Men Today in "Tambourine",and most recently wrote about inclusion in the Super Bowl ads.  McKenzie went from a very traditional Wall Street background, working as a trader at Goldman Sachs, to creating a multicultural agency, an influencer conference and magazine, and the podcast, Two Dope Boys and a Podcast.  We actually met years ago at an environmental workshop and he's kept up that passion as a speaker at Sustainable Brands.  He's covered stories on the multicultural employee pipeline of Publicis Media to interviews with AspireTV's, Melissa Ingram and the NBA's Pam El.

E.B. Moss:  Ainsley, in your October review ofThe Neighborhood, you comment that "...The Neighborhood's goal is to start conversations about race, equality, prejudice and society in its current state ... [but] let's have a real conversation about how things are portrayed."

Ainsley Andrade:  The Neighborhood has the makings of a good show with a legendary comedian/actor Cedric the Entertainer as a lead and Max Greenfield from New Girl as a comic foil.  My issue was that Cedric is supposed to be the patriarchal lead of this show, like a current day Archie Bunker-ish scenario.  But if you flipped all these roles, he's just racist.  So, in trying to start this conversation, are you in fact pushing a stereotype that could be more damaging and have longer lasting negative effects for people who are not seeing what you're really trying to do?  Because, on face value, the show's about a racist black guy who doesn't want these white people to live in his neighborhood because he wants the neighborhood to stay black.

Phil McKenzie:  There's not enough representation that really tells authentic stories in a way that's nuanced...like what are the reasons why a predominantly black neighborhood might not want white people in there?  Like, historical reasons of being priced out of your neighborhood, gentrification, real social issues beyond just, oh, Cedric is racist.

Andrade:  They actually do touch those things, but I feel [the show has] an agenda.  Community, one of my favorite shows, has an ethos instead, which is more or less, "We're all terrible people; we're all going to do crappy stuff.  But we all want the same thing ... togetherness and friends and relationships, but where we still have to deal with ourselves."  The Neighborhood's feels like their agenda is, "We're not so different, you and I." [That] only works if you can flip it backwards so it wouldn't matter why this white neighborhood didn't want the black guy in the neighborhood, because at the end of the day you're just judging him on the color of his skin.  I'm just saying that being priced out of your neighborhood and the fear of gentrification could become justifications for what I perceived to be racism. 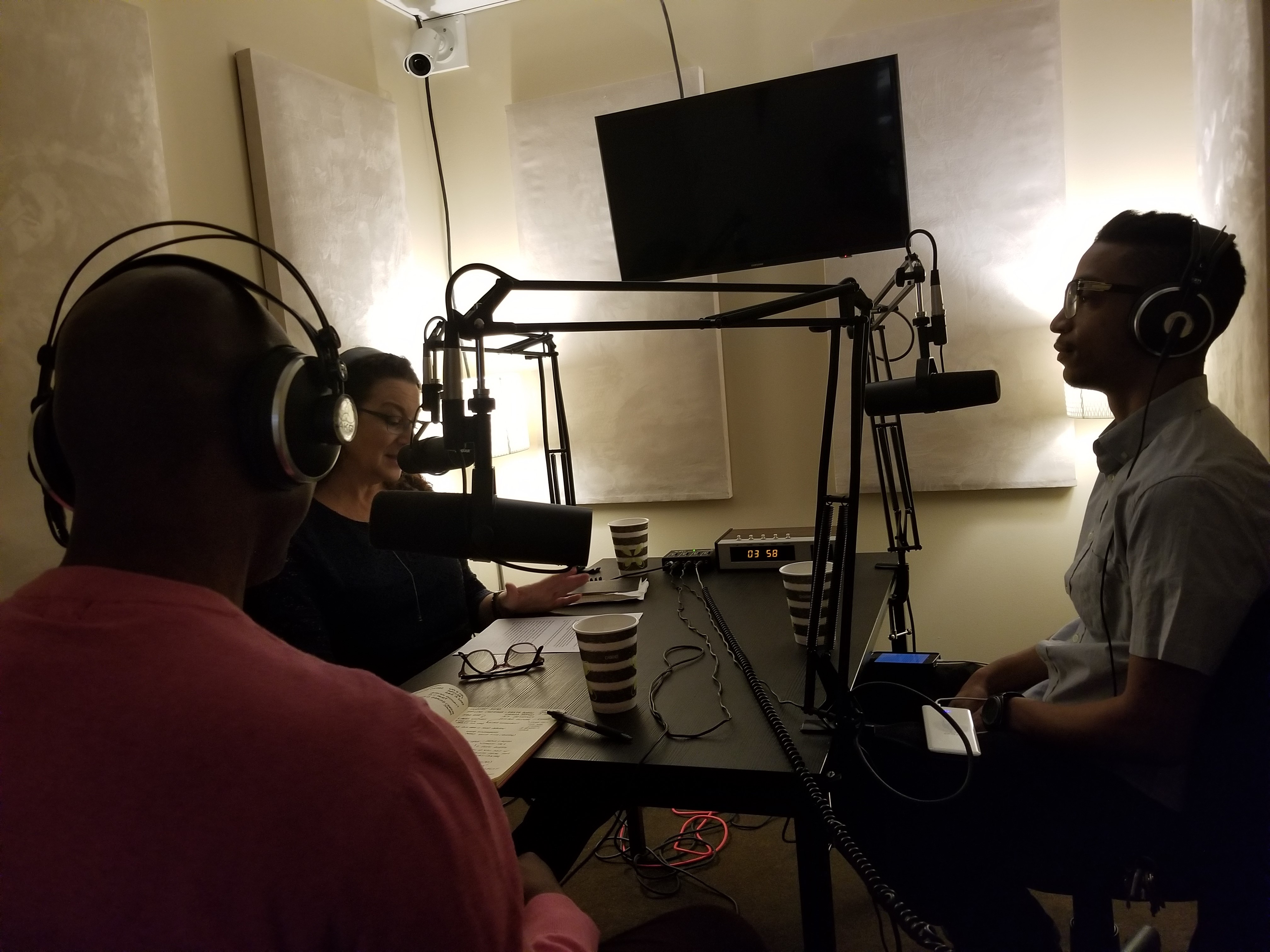 Moss:  I definitely laughed at the plot line -- I think it's well written and I do want to give it respect for trying to move the needle -- or am I taking it at too light a level?  I know that Kenya Barris, the showrunner of black-ish, said he wants people to laugh, that "the specific speaks to the universal."  In other words, it doesn't just speak to the African American community: It's okay for me to laugh at the antics because I see common ground between whatever the white neighbor is doing, and the surprise twist of the black neighbor being perceived as the racist.  So where do we not laugh?  What programs are doing a knockout job in terms of blacks in being portrayed well – or not?

McKenzie:  I think there are many different realities to portray.  And that's one of the critical issues -- that black-ish is a very different show from Atlanta.  They're primarily all-black casts, but the lives that they're showing are really, really different.  I think both of them succeed, but in very different ways.  You know, I try to come back to the institutional things as to how these shows get made in the first place.  Donald Glover talks about, very frankly in a New York magazine article before the second season that he basically had to lie to FX as to what the show was.  Black imagination and black surrealism can't be fully embraced as what it is.  It has to be masked in order to get the resources to do the show.

Moss:  Clearly there are destinations for specific cultures on TV.  I wonder about the potential for crossover and how we draw more viewers to authentic spaces of blacks in media.

Andrade:  I think it comes down to what people consider to be an authentic space for the black consumer: black-ish for instance -- in that it was a positive look at an upper-middle-class black family, which there's not a whole lot of elsewhere on TV.   I wasn't poor, so to speak, but I certainly didn't have what they have.  So, I think it's a combination of what we want, where we want to see black people, but at the same time, a level of trueness to us.  The character of the head lawyer in The Good Fight is a good example: An upper-class man of color running this predominantly black, super influential law firm.  I never got a sense that his character was made to pander.  He feels like a real black man.  He reacts the way I would think a black man in his situation would really act, as opposed to something that feels manufactured.

Moss:  Ainsley, you're a big 30-minute comedy fan and there's a big difference between how we have to portray people in comedy versus drama.  You wrote thatblack-ish"addresses feelings that someone like me, a person of color in modern day America, might actually have, even if the issue being dealt with is one that affects everyone."  That's the universality that Kenya was talking about.  The buffoonery of the lead character's white coworkers is over the top to illustrate a point, so it feels like the black characters experiences provide my "ah-ha" moment.

McKenzie:  I think they're over-the-top in a comedy TV way.  Definitely not over-the-top in a reality way from my experiences.  I'm very accustomed to walking into rooms professionally and sometimes personally where I'm the only black person.  So, when Andre [the lead character] reflects on those things in his workspace, even though they're playing for obvious jokes, I've encountered many of those types of comments in situations plenty of times to know that it's really not that far from reality.  That's why I think we have these moments of conflict that we see in these shows.  Because we have white showrunners and white writers writing oftentimes for black characters.  So, there'll be lines of dialogue in a show sometimes and I'm like, "There's no way a black person would say that."

Moss:  That speaks to the fact that it's harder for a black creator to get in the door to create more authenticity.  So, it's a vicious cycle.

McKenzie:  Definitely.  I think this media environment has made it such that we have these top-line creators, like Ava DuVernay, Kenya, Isa Rae, Donald Glover -- it becomes this star system where they get the checks and the money and all of that.  But Chris Rock makes a really good joke about this and the neighborhood he lives in: "I live in New Jersey and Eddie Murphy lives there, Mary J. Blige and me, and my [white] next-door neighbor is a dentist."  So just some average dude.  Whereas it's the creme de la creme of black celebrity life that lives in the same neighborhood.

And I feel like media is getting like that -- where Netflix is going to give Shonda Rhimes the hundred-million-dollar deal or whatever it is ... but for the run-of-the-mill folks that are just kind of cracking through it's harder for them to get those opportunities.

Read Part 2 orlistento the entire podcast for more insights on diversity and inclusion in the media and television world.