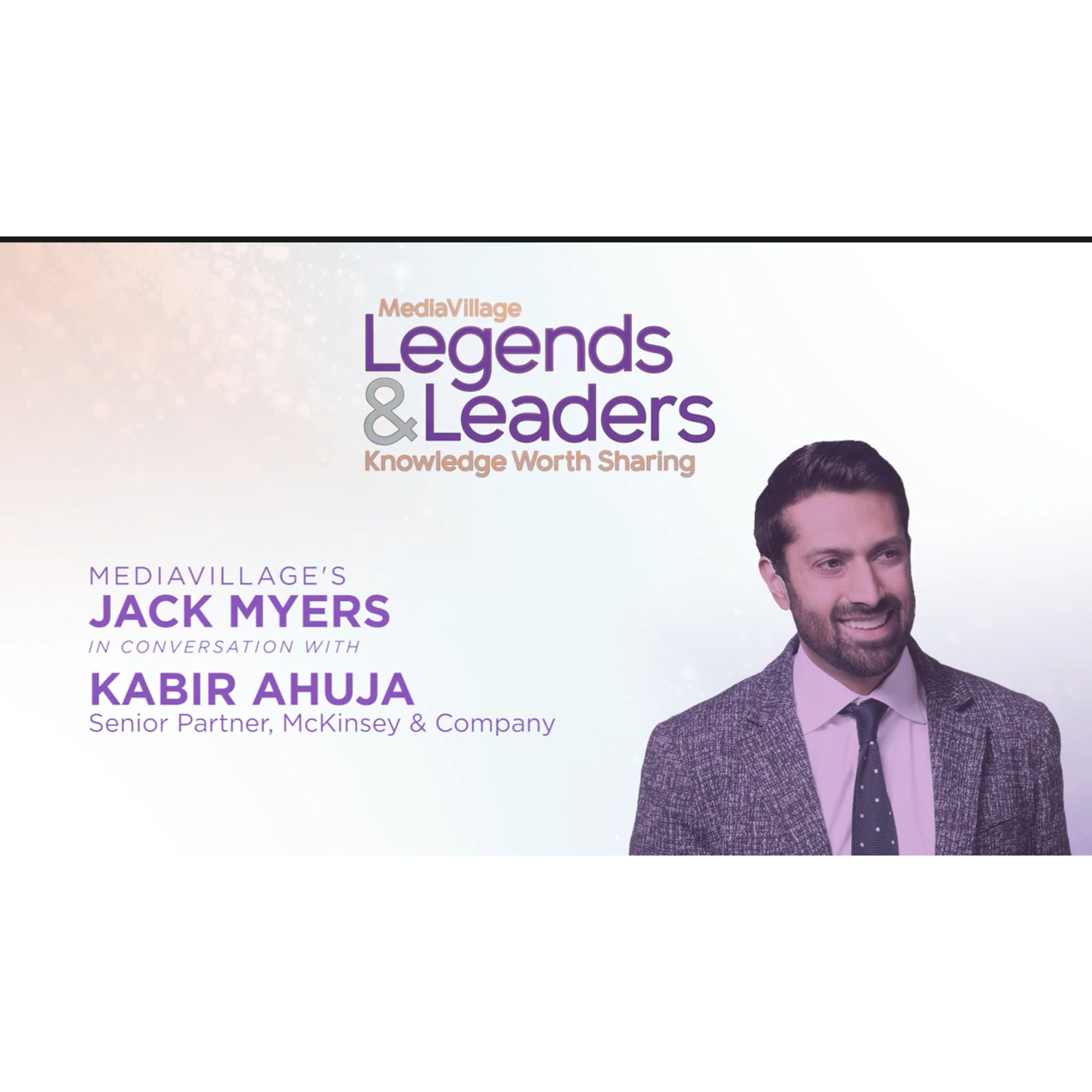 As Senior Partner at McKinsey & Company focused on consumer technology and media, Kabir Ahuja shares both a macro perspective and specific company/issue knowledge on media technology and its implications for consumers and business stakeholders. He shares his perspectives and knowledge in our important Legends & Leaders Conversation that is a must-view for all. If the headline above doesn't provoke your interest and curiosity, learning more about Kabir's knowledge of and experience in hip hop, sports, Brooklyn, diversity and his last three years living in London might.

Mixed with his excitement about the future of media technology is his belief that "there's probably more resilience in some of the old models than we give them credit for. The ones that transition quickly into digital and establish a relationship with consumers now have a voice and a way to communicate that is actually pretty powerful. There's a lot of value in both context and brand equity that still can be leveraged as people make a transition, but companies do have to make that transition."

Describing the advertising and marketing business as entering era three, which he describes as "a data and context unlock" in which we've moved from a one-to-many megaphone to personalization and now to community, Kabir says, "The idea of a sharing economy … is much more powerful than it was a while ago, and it's enabled spend to go there because of community targeting."

Focusing on the "blurring" of the legacy sales funnel, Kabir's counsel to marketers is to view consumers' purchase patterns as a "flywheel -- the idea of creating a brand story that's believable, a product that people want, and then a fire starter. And that fire-starting moment is actually a moment when your brand gets amplified [to] communities and then you make the transaction effortless. It creates a virtuous cycle where people are advocates ... you're kind of reaching a fan base and then that starter moment triggers the transaction."

It's impossible to capture in a few paragraphs the depth and breadth of Kabir's shared knowledge, delivered with engaging enthusiasm and intensity in our nearly one-hour Legends & Leaders Conversation. It's worth the time investment -- consider the value of a one-hour focused tutorial from a senior partner at McKinsey & Company and click above to view.