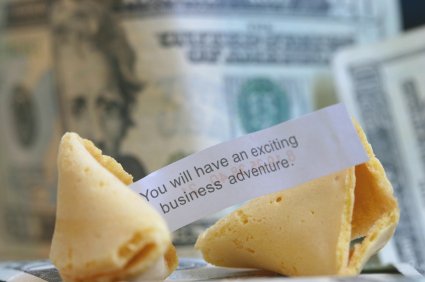 vMVPDs seemed to start off so promising as we, and most investors, heralded their mass arrival in late 2016. Recall that Media rallied to start 2017 on high hopes that vMVPDs would provide stability to the pay TV ecosystem by catching many would-be cord cutters in their millennial-attuned nets - oftentimes paying higher affiliate fees, and with better prospects for ad tech advancements. For Media investors, what was not to like? Unfortunately, as we work through the third quarter with a significant vMVPD presence, we're finding their impact to be destabilizing instead of supportive. Thus far for Q3, with 72% of the sub base reported, there's a net loss of 294k subs - though likely better if we knew YouTube's and Hulu's sub #s - and YTD linear+virtual sub declines are certainly up vs a year ago (we think by ~750k). Linear sub declines seem to be becoming even more acute as evidenced in the pre-announcements by CMCSA and T. It thus appears things are worse instead of better. Additionally, optics are challenged as investors can easily see the sub losses at big traditional distributors, but we're left wondering about the potential net adds at the likes of YouTube TV and Hulu.

It's Not Good When Media's Best Customers Feel Pain

Even if the subscriber trajectory isn't getting too much worse, we have to worry about the destabilizing impact of vMVPDs on traditional stalwart distributors. Linear sub loss means potentially higher video churn, including the unbundling of double-plays and triple-plays. Consumers may stay with their distributor for high speed internet, but the bundling power has been lost and these customers now face lower switching costs on both video and internet deals. Combined with video sub erosion, we believe it lowers the strategic value of the Distributor+Content relationship. The worrying next derivative is if this will degrade to the point of changing industry norms around affiliate agreements. In other words, vMVPDs could accelerate a day of reckoning between Media and Distributors around network carriage and annual network price inflation.

Affiliate Revenue Is ~26% of Media Revenues, and Destabilizing

We estimate domestic subscription revenue for cable+broadcast+premium to be ~26% of CY18 total company revenue for our relevant Media coverage. FOXA has the highest exposure (34%) and DIS has the lowest (20%). Large traditional distributors are the preponderance of this revenue, hence we believe their destabilization is something to worry about. While traditional distributor revenue may simply be porting to virtual distributor revenue for Media companies, we don't think that's a great trade since vMVPDs carry just a 1-month commitment. vMVPD revenue is thus lower visibility so its earnings should garner a lower multiple, in our view. And, long-term content cost inflation is likely even more at risk as/when vMVPDs gain scale.

We see DIS as the best route to avoid these destabilizing trends because: 1) it has the lowest company-level exposure to subscription revenue in Media; 2) along with CBS and FOXA, it's fully represented on vMVPDs; and 3) as it transitions major content assets to DTC, the narrative becomes more centric to Disney execution and less focused on industry trends.

All values in USD unless otherwise noted.

Link to Full Research Report, Including Required Disclosures and Disclaimer.

Steven is an analyst for the Royal Bank of Canada (RBC).