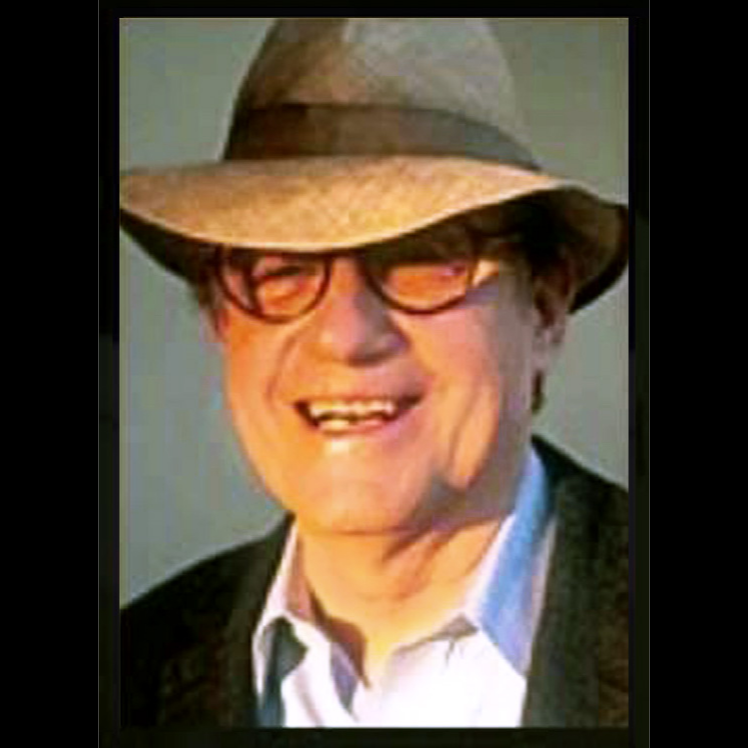 On October 13, 2013, father of modern media planning Erwin Ephron peacefully passed away. He had called me a few months earlier and said that he and I had more work to do together with the ARF: media planners and clients had become confused by complexity and we needed to simplify it all for them and get back to basics.

I met Erwin during my second year in the business and we were good friends for life after that. Before he left, we had done many things together, one of which was to update the ARF Model. The ARF Model is a construct for analyzing the steps involved in advertising causing incremental sales through brand perception changes. The original version had six levels and we added two more, Attentiveness and Advertising Response. This is what it looks like (not the official depiction, which is a spiral fan) since our 2002 update: 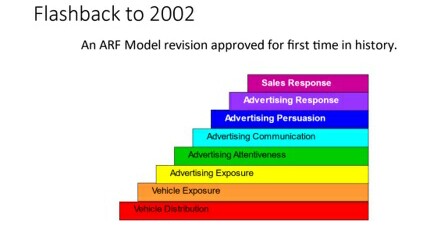 Part of the reason that Erwin and I and the rest of the 2002 team including Jim Spaeth, head of ARF at the time, added Advertising Response was the rollout of digital media was then just mounting in earnest. In digital the obviousness of being able to click to get more information changed the world as I'd predicted in my Marketing Pulse newsletter; direct response and branding were already beginning to blur together.

The reason we added Attentiveness was because of the weakness of the concept of Advertising Exposure. The latter term implies that a person is seeing and/or hearing an ad, but in fact is only the opportunity for that to happen. The ad has appeared on the glass (TV example) and so anyone in the vicinity, especially if they consider themselves to be viewing, has a shot at seeing the ad. Unfortunately, in industry selling and buying the term "impressions" became the popular way of describing these Opportunities to See (OTS). "Exposures" would have been a better word but "impressions" became lingua franca. "Impressions" suggest you've made an impression on someone, but in fact, as we've known for decades, the majority of TV ad exposures do not result in actual seeing of the ad.

Non-viewable ads had never been a problem back then at the turn of the century. Nowadays when a non-viewable ad occurs if people are playing by the Media Rating Council (MRC) Standards, it doesn't qualify as Advertising Exposure. It stops short, leaving it in the no-man's land of Vehicle Exposure, meaning the person who would have had an OTS was looking at the screen for other reasons, i.e., the content/context which the ad was placed within.

By adding Attentiveness to the scale, we hoped that this could become the missing parameter, the number of OTS resulting in actual perception of the ad in part or whole. TVision and Adelaide were not yet on the market, but we anticipated something like these and other worthy efforts. Attentiveness is a broad inclusive measure that includes a sub-second glance all the way up to being riveted from beginning to end.

As media research veteran Tony Jarvis points out, Erwin highly approved when Joe Philport added a Likelihood-Of-Seeing measure to the U.S. outdoor media business, that method having been invented in the U.K. Many of us were saddened when the owners of U.S. outdoor billboards recently decided to go back to the higher numbers where OTS simply means passing the sign.

These thoughts about the Model and Erwin came to the surface of my mind on March 24 when Rick Bruner and I held a webinar as the first in a series of Book Club meetings hosted by Standard Media Index (SMI). Erwin's book Media Planningwas the subject of the series premiere.

In the webinar and again here in MediaVillage my hope is to once again summarize some of Erwin's key ideas about media planning. There is no way to encapsulate all of his thinking, but those wise enough to want to study as much of it as possible, would be to get his book. For those who would like to have been at the webinar, this link graciously provided by SMI takes you to both the deck and the video.

Here's a Leslie Wood analysis which showed (back in the 90s with ScanAmerica data) that some brand campaigns benefit more from recency than others:

At the 1-exposure level, Brand B showed the greatest increase in brand purchase capture rate as percent of store visits, increasing from 5.6% to 9.1% if hit by an OTS in the last 48 hours before store visit. At the double-tap two exposure level, the other two brands benefitted more. Not all creative works exactly alike psychologically in doing its persuasion work, nor is every piece of creative equally benefitted by enhancers/degraders such as frequency, recency, context, etc. 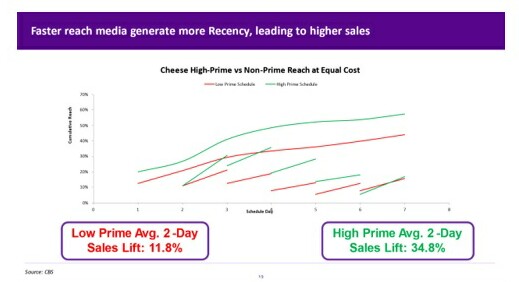 I wouldn't have called it a precept but Erwin in an e-mail to ARF in 2001 expressed the hunch based on some data he had run that digital was going to turn out to be a medium in which it would be difficult to get high campaign reach. In the webinar, Rick showed excerpts of a Dave Poltrack/Leslie Wood study in which equal impressions in TV vs. digital resulted in 58-70% reach with TV and 2-6% reach in digital (Nielsen data). Erwin had suggested that planning for digital might need to be a wholly different practice than the way things are done in TV planning. With Nielsen ONE and numerous new players about to be measuring cross-platform more intensively and publicly than ever before in history, we can hope to see many improvements in the application of Erwin's ideas as learning progresses.