"Moon Knight," on Disney+, Brings More Mayhem and Mystery to the MCU 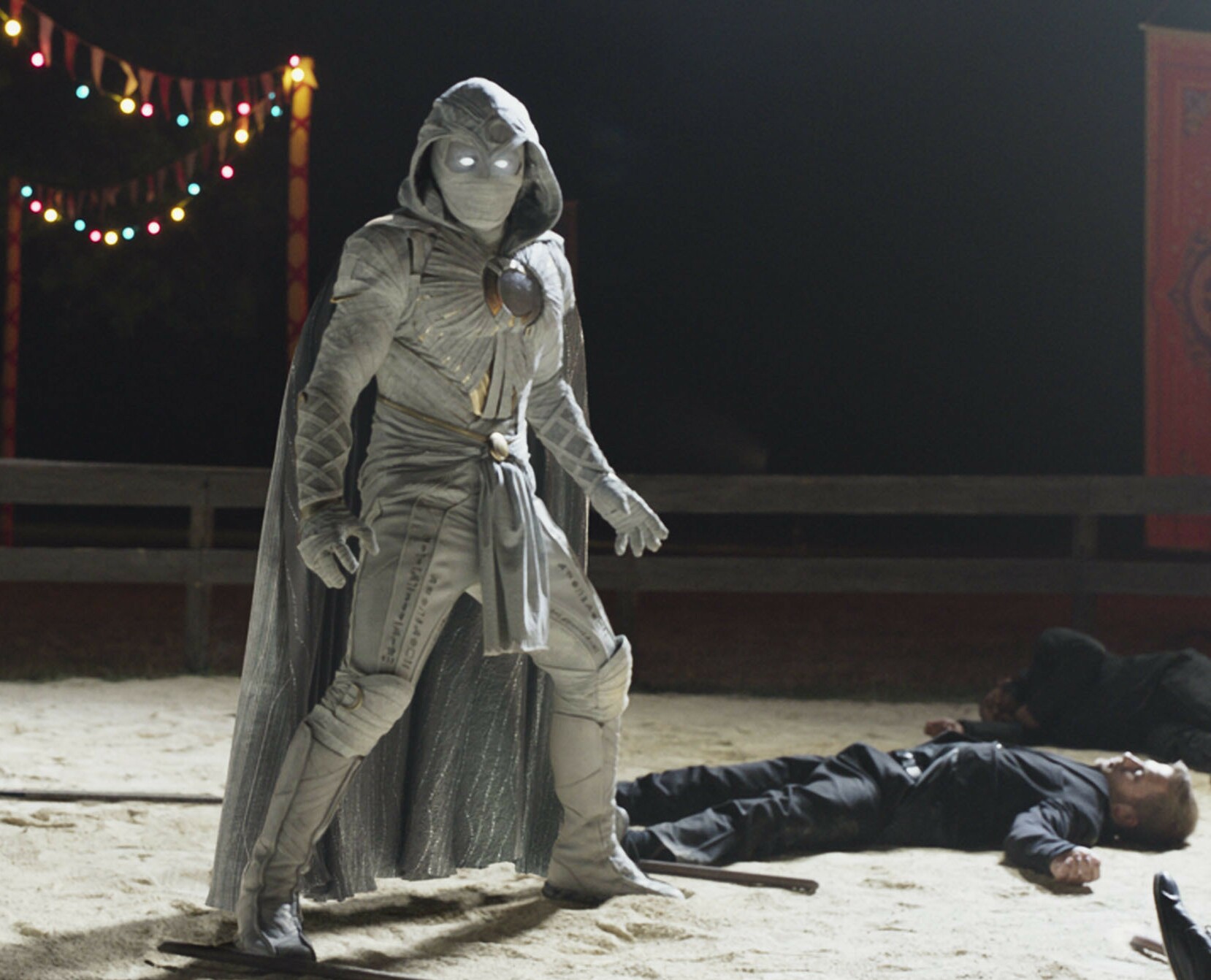 In 2008, we were given the first chapter of what is now known as the Marvel Cinematic Universe, or the MCU, which has since forayed beyond cinemas and into our homes as the entertainment juggernaut has expertly introduced new characters and expanded on underutilized heroes through its series on Disney+. The latest MCU series introduces us to what may be the most violent, spookiest and most obscure vigilante hero to date in Moon Knight, whose brutal beatdowns and billowing cape may remind you of another Caped Crusader, but we shan’t talk about competing studios here.

Steven Grant, endearingly played by Oscar Isaac, is a seemingly pleasant museum gift shop employee with a passion for Ancient Egyptian history. He lives in a small apartment in London, takes the bus to work, and doesn’t seem to like sleeping all that much as we see him listen to guided meditations meant to keep people awake. Oh, and he restrains himself to his bed frame by the ankle, pours a ring of sand around his bed and has several other security measures set up around his apartment to keep him from leaving. You’d suspect he’s a sleepwalker or aimlessly wanders about at night, but if you’ve ever watched Supernatural, a ring of sand (or in that show, salt) means he’s trying to keep something out. Or maybe, keep something from getting out. 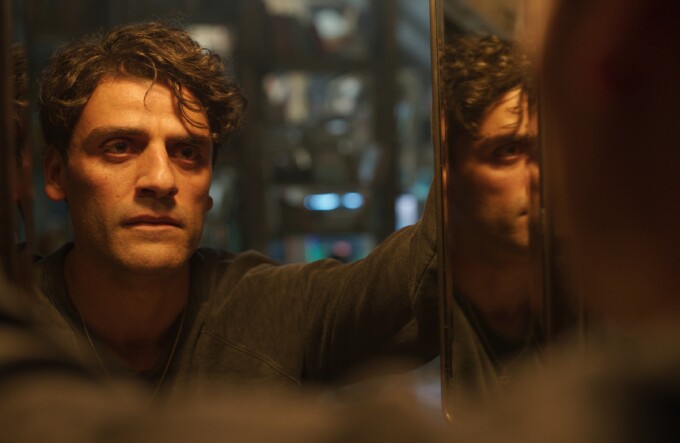 After a typical sleepless night full of reading up on Egyptology and solving Rubik’s cubes, Steven abruptly awakens somewhere in the European countryside, lip swollen, jaw dislocated and in possession of a mysterious golden scarab artifact. Pursued by armed gunmen, Steven stumbles upon a strange ceremony led by Christ-like cult leader Arthur Harrow, menacingly portrayed by Ethan Hawke, who claims to cast judgment on his followers through their goddess Ammit. Much to Steven’s confusion, Harrow spots him and accuses him of being a mercenary and tries to retrieve the artifact, but the booming voice of Egyptian god Khonshu, voiced by Academy Award winner F. Murray Abraham, commands that Steven not give up the scarab.

Every time Steven is nearly killed by his pursuers, he blacks out and awakens with his would-be assailants’ limp bodies around him. After a tense car chase and scuffle, he awakens back in his own bed in London, thinking he’s dreamt all of this, but soon realizes that several days have passed. It seems that during his blackouts, Steven is possessed by a mercenary named Marc Spector, who he has to thank for swooping in to save him by the skin of his teeth. Whether Steven likes it or not, he and Marc have a common enemy and need to work together in order to survive.

What’s particularly interesting about this series is how we are seeing all of these events through the eyes of a narrator who may not be reliable, similar to Fight Club or Christopher Nolan’s Memento. The main character is going through so much memory loss and so many hallucinations and delusions of grandeur that you aren’t too sure who to believe. This is the first time we’ve encountered anything like this in the MCU. Series star May Calamawy, who plays Layla, has referred to the show as "Fight Clubmeets Indiana Jones,"alluding to not just the historical heist aspects, but the use of characters who are not at all what they seem and may be revealed to be figments of our main characters’ imagination.

It’s interesting seeing Oscar Isaac play such a vulnerable and rather oafish character, a considerable departure from his past work. You truly feel for Steven as he has his "street food" dinner while chatting with, or at, a gold statue street performer droning on and on about his day. It goes to show how vast Isaac's range is, as he’s played everything from a comic book villain in X-Men: Apocalypse to a modern mad scientist in Ex Machina to a sharp-shooting rebel pilot in the Star Warssequel trilogy. I can also appreciate the vocal choices made from character to character, with Steven having a bit of a higher pitched voice and a cockney accent, while Spector sounds American and has a darker vocal quality that Isaac naturally possesses. He does an incredible job portraying the various personalities we have met so far -- and if the marketing materials are any indication there may be another one or two that appear as the series progresses.

It’s worth noting that Oscar Isaac is the first male actor of Latin descent to lead any MCU property, and among the few Latine actors in the Marvel Cinematic Universe and the superhero genre overall. The others include Zoe Saldana (Guardians of the Galaxy), Tessa Thompson (Thor: Ragnarok) and Salma Hayek (Eternals). In the original Moon Knightcomics, Marc Spector is the protagonist, a mercenary of Jewish descent from Chicago and the son of a Rabbi who escaped Nazi persecution. Isaac has just as eclectic an ancestry with a Guatemalan father, Cuban mother, and French ancestors, so I especially appreciate his casting in this role.

Credit for the thrilling action sequences, sizzling car chases and overall tone of the series goes to director Mohamed Diab, who is obviously a very visual and meticulous director, with highly stylized shots when Steven blacks out and then comes to between his personalities. Head writer and showrunner Jeremy Slate keeps the dialogue well-paced and scenes moving along perfectly, and Hawke’s cult scene was purely unsettling and villain-defining to a tee.

As far as Disney+ MCU series go, Moon Knight is definitely the most brutal we’ve seen so far. WandaVision was a genre-bending dramedy, Falcon and the Winter Soldier your standard MCU action-drama fare with topics of social injustices, and Loki a time-warping, timeline-breaking sci-fi epic. But the constant power struggle between Steven Grant and Marc Spector leaves us wanting for more of the duo’s dynamic as the series progresses.

Moon Knight is a truly thrilling and intriguing new series. I’m curious to see where this character and his many sides ultimately fit in the larger MCU.