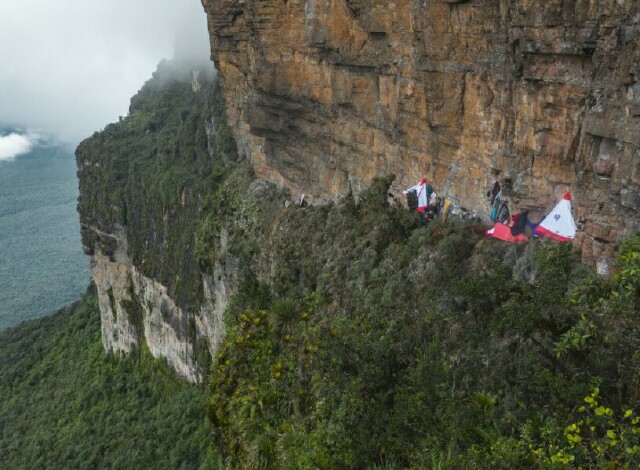 Biologist Bruce Means has spent a 50-year career studying reptiles and amphibians, specializing in discovering previously unknown species in the hidden world of South American tepuis -- the flat-topped mountains rising from the Amazon jungle whose plateaus were seen as "Islands in the Sky." In such work, he's discovered more than a dozen new species in these far-flung areas he'd usually have to reach by helicopter.

One place still left to explore was the daunting, sheer sides of the mountains which surely would have their own hidden, undiscovered species. Having joined fellow National Geographic Explorer and climber Mark Synnott on previous excursions, they endeavored to try it one more time -- even if the scientist, now 80, had to be hoisted along the side of a formidable wall in Guyana that had never previously been climbed.

Their science-based adventure is captured in the one-hour special Explorer: The Last Tepui premiering today on Disney+. It's a moving Earth Day reminder to preserve and protect wild, unexplored parts of the planet and  a nail-biting climbing adventure filled with unexpected twists.

That the climbing team is led by Alex Honnold, 36, whose feat in climbing El Capitan in Yosemite National Park without ropes in 2017 became the Oscar-winning Free Solo, a box office documentary hit, further raises the profile of the work. 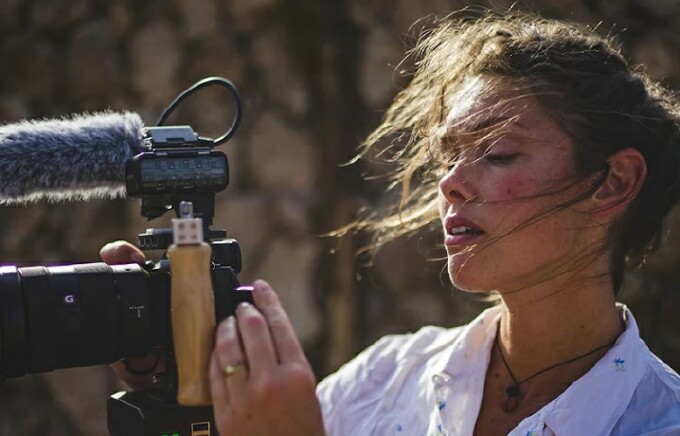 Though the Guyana climb was done with ropes, "Alex had always wanted to climb a tepui," director Taylor Rees (pictured above), whose middle name happens to be Freesolo, told MediaVillage. "So, he seemed like the perfect fit to be a 'rope gun,' to get the rope up as quickly as possible."

To get to the sheer cliff, though, the team -- five scientists, five film crew members and a support team that numbered close to 75 from the indigenous Akawaio people as porters, bushwhackers and cooks -- took 35 miles of slogging through dense Amazon jungle.

"It's the longest 35 miles I ever walked," she said. "All of us on the shooting team had our cameras on our necks at all times, and we were falling nonstop into the rivers."

It was worse for the octogenarian Means. "He would fall and fall and fall and just get up and keep going," Rees recalled. "It's one very laborious step after another over huge logs or under things. Or into rivers or out of them."

Means hadn't disclosed to the team that he was on blood-thinners, which complicated plans. "He held back a little bit of information because he so badly wanted to go and make this his magnum opus," Rees said.

The team pulled on with him and one Venezuelan climber, Fuco Pisani, who is also a biologist and could apply the science if needed.

"But one fall in the wrong direction, a broken leg, any kind of internal bleeding, any kind of laceration could have been deadly," she noted. "We were not in an area where a helicopter could have come easily. We would have had to make it to some sort of a waterfall or some sort of large opening and then cut down half an acre of forest to be able to safely land a helicopter. So, it was tenuous. It could have gone wrong pretty easily."

The team forged ahead as a family. And along with the nail-biting cliff scenes -- one of which involves Honnold hanging by one hand -- new species were indeed eventually found.

Contrasting with the vast breathtaking panoramas of the vista are lots of closeup shots of impossibly cute, previously unknown frogs.

"We called that frography," the director said. "We had the use of this Laowa probe lens that was a really wide 24mm macro, so you could get super close, see the whole frog and see the whole environment."

The expedition wouldn't have been possible without the backing of National Geographic and Disney, Rees admitted. "If you think of the weight of the climbing equipment, and how many bags that was to fully do it right," and then add the film and support teams and their equipment and food, "that balloons [the budget]."

Even so, they all went into the endeavor not knowing how it would turn out.

"It's tricky for sure," Rees said. "But it all works out. I think that's pretty true for most documentaries in some way. If you stay with what's really happening and you keep your heart with the story, a story will happen. If you stay too attached to your plans, you'll miss it."

Rees seemed destined to work with Honnold due to the middle name her parents gave her, Freesolo.

"I was very embarrassed by it my whole life until I graduated high school," she admitted. " I was born in Idaho and my parents climbed. My dad climbed a bit, my mom scampered without ropes way too often. She's a bit of a free spirit.

"I recently talked to my dad about it and he said, 'It was never intended for you to go off and actually free solo, but we thought the word and the concept itself really expressed this truth that in life itself we don't have safety nets. We're all responsible for our own life experience, for our own trajectory.'

"To really engage with life, with the full focus that every move you make you're responsible for making, you embrace life in that way, is the intention" she concluded.