Navigating the Perils of Wrong Questions

By Rishad Tobaccowala Restoring the Soul of Business Archives 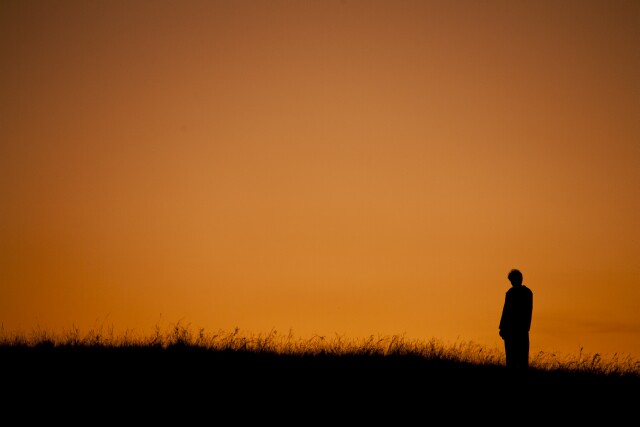 We have all heard how asking the right question is a key part of getting to the right answer. But what if the real problem is that many of us are running our companies, teams and careers by spending our time solving for the wrong questions?

How do we get people back in the office?

The fastest growing group on Reddit is "Anti-Work" which has grownten-fold in the past year to 1.6 million "idlers." Half of the respondents say they still have full-time jobs.

Anti-Work is filled with stories that workers say prove that their bosses do not care about them like:

"Just a friendly reminder unfortunately we are all disposable and can get replaced in an instant."

"Even if you try your best and slave away hours it won’t pay off."

"Boss makes a dollar; I make a dime. That’s why I f**k around on company time baby."

But its most celebrated posts are screenshots of resignation letters and text messages. They proved so popular that moderators restricted their publication to Sundays.

"Idlers," as members of the Anti-Work movement call themselves, largely believe that people should strive to work as little as possible and preferably for themselves.

"We maybe consider that there might be an alternative to living our lives in thrall to the wealthiest among us, serving their profit," said historian Benjamin Hunnicutt, a University of Iowa professor whose books on the history of work are featured in r/antiwork’s library. "Maybe there are other things to do with our lives than piling up profits for those that are ultra-rich, and taking that time, reclaiming that time."

While Anti-Work might be an extreme example, the Great Resignation among other things signals that we should not be asking, "How do we get people back to the office?" but "How do we attract and retain talent by ensuring that work, regardless of where it is done, enables growth, purpose and meaning?"

How do we benchmark against our competitors?

The greatest opportunities and threats to any company often come from outside its category and industry definition.

As Ford and GM and Toyota and BMW were benchmarking and gazing at each other’s belly buttons, true value and innovation and market capitalization were being created by Uber and Tesla.

Nokia and RIM/Blackberry and Sony who dominated mobile phones could not imagine a crazy computer company coming from outside their eco-system with a device that did not even have a physical keyboard.

Yes indeed, the iPhone was ridiculous when evaluated against existing benchmarks and definitions.

But we keep benchmarking against our existing competitors and by categories defined either by habit or industry and financial analysts.

In a time of great innovation and change, being less pathetic or slightly better than other pathetic firms will not make us great.

Maybe we should be asking how we can create accessible solutions and experiences which people value and we can deliver with some combination of our current roots (existing assets and distribution/brands) and wings (new assets and innovation). If the future does not fit in the containers of the past, why do we insist on looking at it with the mindsets of the past?

How do we satisfy our customer?

There is a problem with customer obsession in that we tend to see and frame people through the lens of our products and services and our brands.

It removes dirt and smells from your butt (Charmin), your kid’s butt (Pampers), your teeth (Crest), your clothes (Tide), your body (Secret), your fabrics (Febreeze).

Procter and Gamble is admired not just because of its amazing marketing and research but because it thinks about people and not just customers and consumers.

The question really is not, "How do we satisfy customers?" but, "How do we delight people?" By focusing on people, it allows us to see things early and not be limited to existing definitions of our category and may be good for our existing customers -- better than just meeting their needs.

A story on why not obsessing on your existing customer and client needs may make sense.

In my previous career I got many things right and saw many things early like digital, etc. But I was slightly late at seeing the importance of something that was going to be huge: Search engine marketing. Why? Maybe because I’m stupid and cannot see beyond my elbows when trying to look ahead. In hindsight, I console myself and explain my lack of acumen to being too client-focused.

Search engine marketing initially was great for people who were either not advertising or were very small advertisers using classifieds or local papers. In addition, there were no real price breaks or placement advantages for spending like in television or magazines.

None of my clients or their competitors were asking for search, and even if they did, they had neither the leverage of spending nor the knowledge to gain a competitive advantage.

So, unlike broadband video, social, gaming, mobile and much more, where we moved early, there we were, initially a step behind.

The good news is that we figured out what was going on and we quickly made a big acquisition (Performics from Google when they bought DoubleClick).

Learning: Clients and customers matter since they pay the bills, but focus on behavior and needs of the people they serve and not just them.

How to minimize the chance of asking the wrong question.

Here are three ways you and your firm may minimize the risk of asking the wrong question.

1) Look at the question you are trying to ask and turn it around and see if it makes more sense.

Here is an example: Should you focus on how to get the cheapest arrows, or should you be asking how you can get the best archers?

Paying more for quality is always cheaper in the long run since it/they tend to work faster, think better, last longer and signal to your organization that you understand that buying cheap pigs may be buying diseased pigs and could lead to poisoned hot dogs.

2) Run a fear-free organization where people can voice their opinions and challenge the status quo.

The brown moist thing in the middle of the table is not always a brownie. It could be a turd. Here is how you can help your organization call out the "turd on the table."

The questions you would ask would be different if you asked yourself what you would do if you started with a blank sheet of paper.

The only constraints companies cannot truly change are the laws of the country, laws of science and the need to break even at a particular point in time. Everything else should be flexible.

When one starts with where one is versus where one wants to be, there are many constraints and rules that no start up or new competitor from outside the category would be limited by.

Rishad Tobaccowala is the author of the bestselling Restoring the Soul of Business: Staying Human in the Age of Data, published by HarperCollins globally in January 2020. It has been described as an "operating manual" for managing people, team…