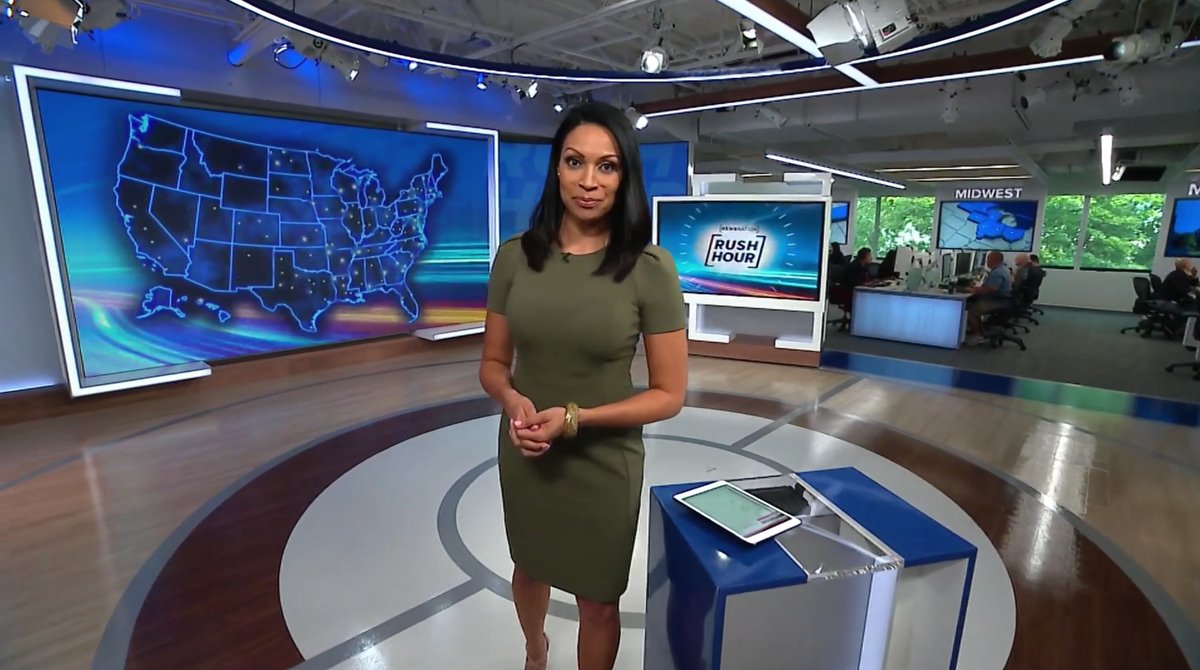 Recognizing the common interests of Americans during a time when the country seems hopelessly divided may seem like a tall order in this day and age. But that's at the heart of Rush Hour, the early fringe news show on NewsNation featuring Nichole Berlie. The program, which debuted in the 5 p.m. ET (4 p.m. CT) hour about a year ago, uses the resources of parent company Nexstar Inc.'s 110 local station newsrooms -- and the expertise of some 5,400 local TV journalists.

As its anchor, Berlie leverages her Midwestern roots and experience covering the news in various parts of America. She spent six years at KETV, Omaha; three years at KSDK St. Louis, and four years at Boston's WCVB -- working as both correspondent and anchor.

"I think it's important that I've had all of these different experiences," she said. "I can see that the families in Omaha really are no different than the families in Boston. Yeah, their lived, day-to-day experiences may be different. You know, it's a hustle and bustle here; it's a little bit slower there."

She added that working in smaller and larger markets in different pockets of the country has taught her an important lesson: "People are different -- but they're really not."

Berlie believes that her varied local news experience has given her and the Rush Hour team valuable knowledge for the task at hand: tapping into NewsNation's treasure trove of local talent and content to connect with a nationwide audience. "Many of our affiliate stations are small-market," she noted. Among them is a station in Evansville, Ind., where she first broke in as a reporter.

"We are almost 'in the trenches' with so many of our local stations, and that's kind of what makes Rush Hour unique among most of the programming that we currently have on NewsNation," Berlie explained. "We certainly have our own NewsNation correspondents spread across the country, but we're also able to incorporate coverage from our local affiliates to give a story a local spin, but with a national flair."

The fact that NewsNation is based in Chicago also helps Rush Hour to cover, develop and feature stories from the middle of the country. "We're often giving voice to a section of America that's sometimes kind of overlooked," she noted. "And I say that as a person who's from that part of the country." Berlie was born and raised in Lincoln, Neb.

One of the keys to NewsNation's and Rush Hour's success is the strong working relationship between the network and its local affiliates, especially when a local story sparks national interest. The strategy Rush Hour takes, in those instances, varies.

"It's almost a case-by-case basis, as so many things in life and in this industry, specifically, are," Berlie said. "We'll certainly have situations where there could be a big story that's bubbling up, and we'll rely heavily on that local station. Of course, they're doing their coverage locally. But let's say there's breaking news happening, and we're able to tap into that. Sometimes, we'll just take it live, and we would just say, 'You're watching coverage from 'x-y-z' in whatever city.'"

There may also be situations when a local station is able to give the network a "hit" that's specifically for NewsNation. "In that case, we're able to have [local reporters] speak to our audience directly," Berlie continued. "But there are also times when there may be a big enough story -- or something that we think is going to appeal to a large enough audience -- that we will send one of our national correspondents there to cover it specifically for Rush Hour. It often depends on the nature of the story itself."

When choosing local stories that can bring the most value to a national audience, Rush Hour considers not only a diverse range of perspectives, but also the many things that viewers from different parts of the country and with divergent viewpoints actually share.

"We all think, 'Oh, people in this part of the country think this way or that way,' and we generalize a lot about each other," Berlie said. "I think that's just a human thing we do.

"But when you pull back and look at the big picture, we're really not that different," she concluded. "We want to be safe, we want our families to be successful, and there are some basic things that we all really want."

In a long, varied career as a writer and editor across a wide range of fields, Rich has penned articles for magazines, newspapers and the internet; non-fiction and coffee-table books; marketing and advertising copy for print, web and radio; book, film and te…