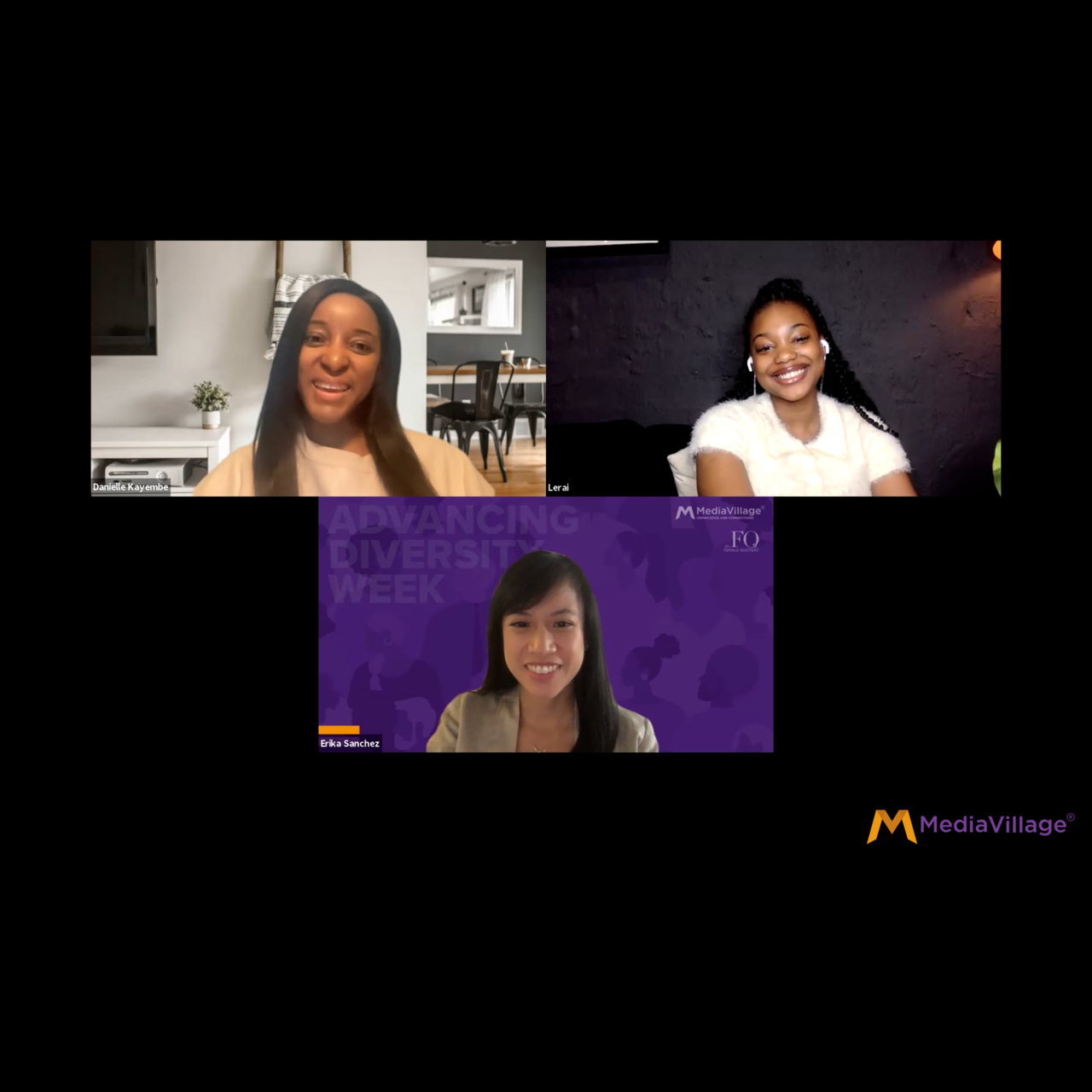 One of the featured conversations in MediaVillage's inaugural AdvancingDiversity Week was with Nickelodeon's Face of Africa Lerai Rakoditsoe, a social changemaker, conversation strategist and creative entrepreneur. (You can watch the full conversation in the video above.)

"It may seem like quite a lot, but those are the three pillars of what makes me Ler'ai," she shared after moderator Danielle Kayembe from The Female Quotient introduced her. Kayembe said she felt a particular sense of pride in Lerai's accomplishments because she also hails from the Congo in Africa.

In April 2021, Rakoditsoe was cast as host of Nickelodeon Africa's new music show NickMusic, making her the first African face in the company's history. She is also co-producer and host of Sportscene's web series Culture Conversation, powered by Reebok, currently in its second season.

When asked how it feels to have that honor of "making history" at 19 years old, Rakoditsoe replied, "In a world where amazing people make history, leaders like Nelson Mandela, it was crazy for history to be made by someone who is a young person in a country where our unemployment rate is at almost 35%, but our youth unemployment rate is at 58%. To be able to have the opportunity, during a pandemic, to have this job and really inspire young people across the continent has been amazing and I look forward to the rest of this journey."

Rakoditsoe then recalled how her background in the performing arts led to her audition for Nickelodeon. "I started doing drama when I was nine years old and did that for several years, going on to do national competitions. I was chosen to represent South Africa at the World Championships of Performing Arts in Los Angeles.

"I was very fortunate to have a single mother who would every single Saturday drive me to my classes and drive me to a different province for all the competitions that I was doing," she continued. "Having that foundation and support has really helped me into entering this new chapter of my life and professional career.”

"I used to watch Nick and I didn't see people that looked like me," Rakoditsoe said. "I feel like my role now is not only being an inspiration, but actually creating aspiration for younger generations.What I hope to do is to have a mentorship role and create a movement for young people in South Africa and in Africa as a whole to enter into the workspace and be included."

She is already working toward that, as she is involved in a number of organizations, including an executive role in the Johannesburg chapter of Girl Up, an international leadership development initiative from the United Nations.

When Kayembe asked if she had a message for young people who are starting their own journey, Rakoditsoe replied, "Always have entrepreneurship on your mind. No matter what you do, have that on your mind. Create your own job and you'll go on to create jobs for others. The way I see it, I'm an entrepreneurship and Nickelodeon is my first client," she added with a laugh.

Alongside her mother, Rakoditsoe is the co-owner of African Talent Unearthed (ATU), a creative arts company that seeks to put authentic African talent on the global stage, while heeding her own advice of equipping them with an entrepreneurial skill set.

"We are creating the community and this network of young people who are creating their own jobs," she further explained. "I can't wait, when my company grows, to employ other people and be able to uplift our countries, our economies and each other. Keep entrepreneurship in mind, especially during this time."

"I'm sure I speak for everyone here -- we cannot wait to see what you do next," Kayembe said in closing.