Nickelodeon Held Its Upfront Presentation in a Virtual Wonderland 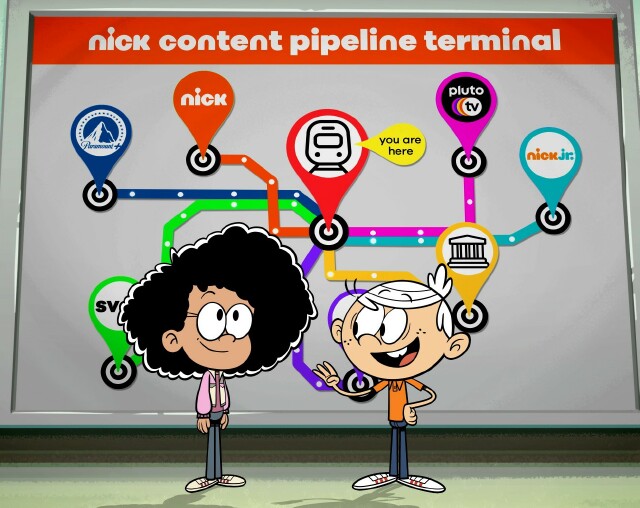 In the heyday of in-person Upfront presentations in New York City, Nickelodeon offered some of the most animated, inventive events around, always capped off with a great post-event food display. Attendees often brought their children to enjoy the festivities, snack on some tasty treats and pick up bottles of gak and other popular Nick swag. For its first presentation in several years, the network created a temporary virtual wonderland parents and children alike could enjoy from the comfort of their homes.

The Big Message: Nickelodeon has evolved from a linear cable network to a multi-platform content generator, landing valuable and ever-expanding space on Paramount+, Pluto TV and YouTube. Going forward, Nick will go after combination platform ad sales and spend more time and talent on building new programming franchises, while crafting more series and made-for-TV movies from popular franchises such as SpongeBobSquarePants to Star Trek.

What Worked: Taking viewers through an "animated explainer" video tour of Nick's current and future programming ambitions, with stops along the way at "Franchise Hall" (for a peek at franchise development) and "Slate Mountain" (breaking down new toon, live-action and event programming on the way). One animated segment seamlessly led into another, with plenty of creative sights and humor at each location. Classic toon fans had to get a kick out of the booming off-screen narrator (a gimmick of many past animated series) emerging here and there throughout the tour.

What Also Worked: A selection of post-event activities to choose from, including full episodes and brief details on new series, a photo booth and chances to enter a set of sweepstakes with such prizes as a Zoom hangout with the Danger Force cast, a Loud House customized family portrait and a personalized greeting from Blue's Clues and You host Josh DelaCruz.

What Didn't Work: Rushing through a segment on Nickelodeon's upcoming event content -- from live specials to original miniseries and live-action movie adaptations of toons -- without offering key details.

Data Points: This August marks the 30th anniversary of Nickelodeon launching original animated series with Doug, Rugrats and The Ren & Stimpy Show. Rugrats was the highest-rated series on the channel for 10 of its 13-year run, and merchandise inspired by the series experienced a 400 percent retail sales growth last year. Special note: I checked out an episode of the upcoming computer-generated Rugratsseries. Looks great, right from an homage to the iconic Peter Chung title animation and Mark Mothersbaugh theme music.

News: At least 15 new series, largely animated, will debut over the next year, with more than 50 projects under development. Some new series will premiere first on Nickelodeon, while others will start on Paramount+. Standard and CGI toons coming up include Middlemost Post, Big Nate, Monster High, Z J Sparkleton, Star Trek: Prodigy and a revival of The Smurfs. More episodes of Paw Patrol and Santiago of the Seas are on the way. In live action, look for at least two series: That Girl Lay Lay this summer (featuring multi-talented performer Lay Lay, aka Alaya High and executive produced by Will Packer) and Warped! this fall. Tyler Perry's Young Dylan will get a second season, along with Danger Force. The long-awaited Loud House live-action movie will debut this November, preceded a few months earlier by the Jojo Siwa made-for The J Team.

"You are not only the star talent at Nickelodeon. You are the audience." -- Brian Robbins, addressing the Zoom link participants.

"Take your time, and as always, have fun!" -- That off-screen booming narrator, inviting viewers to check out all those after-presentation attractions.